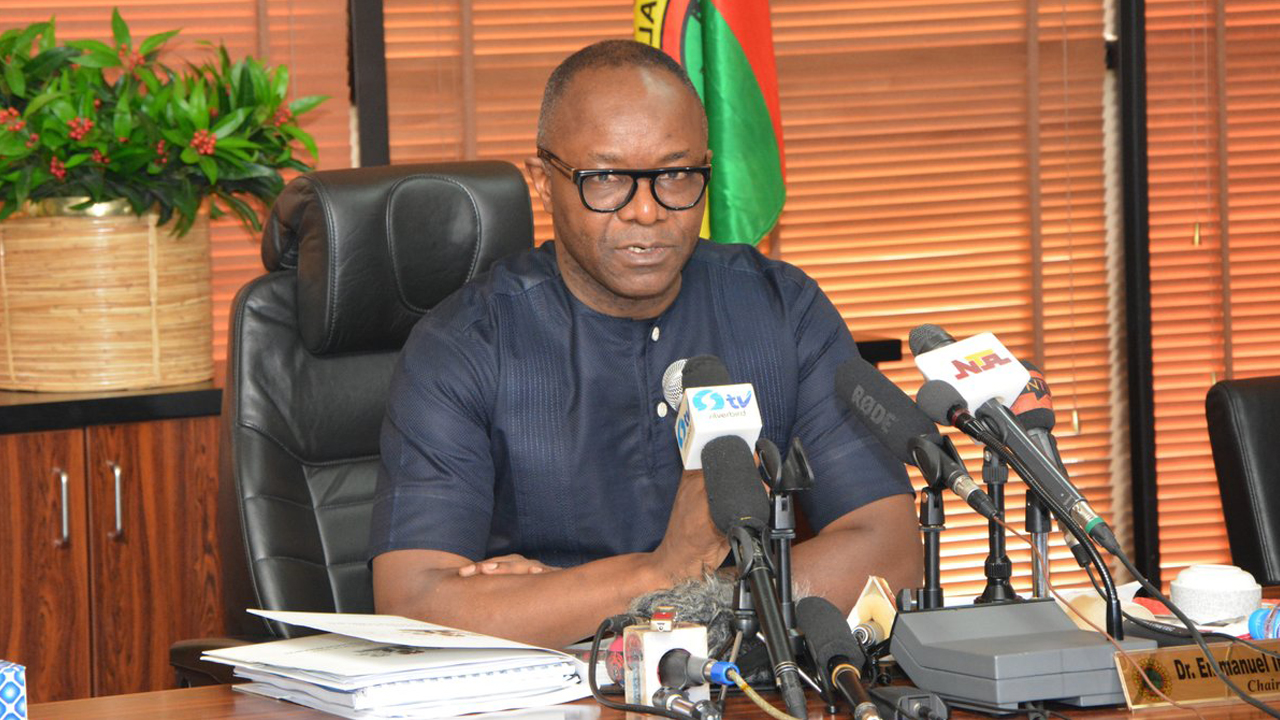 In his April 17, 2018 letter to the minister, Falana raised several concerns about the oil industry and asked Kachikwu to respond, pursuant to the Freedom of Information Act, adding that “your reply should be received within seven days of the receipt of this letter.”

Kachikwu told Falana in a letter dated April 21, 2018, with reference number, HMS/MPR/085/VOL.1/389, which was made available to our correspondent in Abuja on Wednesday, that he had directed the chief executives of the NNPC, DPR and PPPRA to furnish the lawyer with the information he requested, subject to the limits of the firms’ contractual, legal and business confidentiality.

In the response, which was personally signed by Kachikwu, he stated that he never said the Federal Government was spending N1.4tn monthly as payment for under-recovery on Premium Motor Spirit, popularly known as petrol.

He, however, commended Falana for seeking proper information on the issue and stated that he had directed the heads of the selected agencies under the Federal Ministry of Petroleum Resources to furnish the lawyer with the requisite data.

Our correspondent observed that Kachikwu’s response to Falana was copied to the heads of the three agencies, as their names and designations were clearly outlined in the minister’s letter.

Kachikwu wrote, “I thank you for your continued interest in seeking the proper information on this issue. I have forwarded your letter to the GMD of the NNPC, the director of the DPR and the executive secretary of the PPPRA, the corporation and agencies who under their establishing laws are the managers of the Federal Government’s downstream commercial business and the ones in the best position to provide you with the correct data.

“I, therefore, have directed them, working through the GMD of the NNPC, to furnish you with such information as you have requested, subject to the limits of their contractual, legal and business confidentiality.”

The media reported on April 18 that Falana had told the minister that his (Kachikwu) daily petrol consumption claim was untenable.

The lawyer had said, “In December 2017, the management of the NNPC disclosed that the nation’s consumption rate of fuel was 28 million litres per day and that subsidy cost was N726m per day, i.e., N261.4bn per annum. But on March 5, 2018, the Group Managing Director of the NNPC, Dr. Maikanti Baru, claimed that the figure had metamorphosed to 50 million litres per day and that the NNPC had spent $5.8bn (N1.7tn) on fuel importation in January and February 2018.

“Furthermore, at a public forum held in Abuja two weeks ago, you (Kachikwu) stated that the consumption rate of fuel had skyrocketed to 60 million and that the cost of subsidy was N1.4tn! We are not unaware that the increasing consumption rate has been blamed on the smuggling of imported fuel from Nigeria to neighbouring countries by some economic saboteurs.

“Assuming without conceding that the story of smuggling is true, the total volume of fuel consumed by Benin, Togo, Cameroon, Niger, Chad and Ghana is said to be less than 250,000 litres per day. You will agree with me that this does not explain the difference of 32 million litres per day between the consumption rate of imported fuel in December 2017 and March 2018.”

But Kachikwu distanced himself from ever saying that under-recovery on PMS was N1.4tn monthly, adding that the ministry had also denied the statement.

The minister said, “Your request to me is predicated on a statement purportedly credited to me to the effect that the Federal Government is spending N1.4tn monthly on payment for under-recovery on PMS. Let me, for the umpteenth time, state that I made no such a statement and a previous rebuttal has clarified this. The information you quoted is both incorrect and alarmingly speculative.”

Other requests by the human rights lawyer, as contained in the letter he sent to Kachikwu, included Bill of Laden and the DPR certified Cargo Discharged Certificates of the imported subsidised petroleum products into the country from December 2017 to March 2018; and Offshore Processing Agreements pertaining to the sale of the 445,000 barrels of crude oil per day plus any additional crude barrels approved for domestic consumption from December 2017 to March 2018.