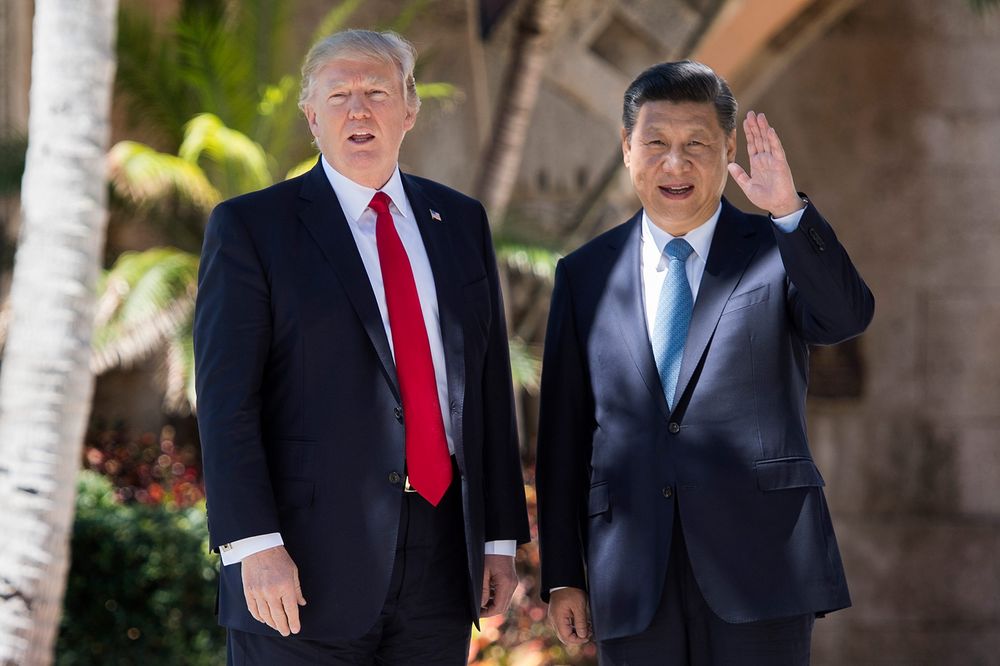 President Donald Trump will declare China a “strategic competitor’’ to the U.S. in a speech that lays out an official national security strategy heavily influenced by his views on trade and economic relations, senior administration officials said.

The language, as described by the officials, appears softer than the label used by National Security Adviser H.R. McMaster, who last week accused China of “economic aggression.” Still, Monday’s announcement will outline potential economic actions that could target China, officials said, signaling a shift from the more conciliatory approach Trump has taken with Chinese President Xi Jinping since being elected a year ago.

“We are in economic competition with China,” Treasury Secretary Steven Mnuchin said on the “Fox News Sunday” program. “This isn’t about trade wars. This is about reciprocal fair trade. And if we have to protect American workers and put on tariffs or other things, where they don’t have fair trade with us, the president will do that.”

Chinese Foreign Ministry spokeswoman Hua Chunying said Monday that government officials there haven’t seen the U.S. report yet so it’s not possible to comment directly. As a matter of principle, she said Beijing hopes that, given the importance of the U.S., its national-security strategy will encourage peace and stability, as well as mutual trust in U.S.-China relations. She added that U.S.-China trade ties are win-win and that China will continue to liberalize its trade and investment policies.

“Strategic competitor” is the phrase former President George W. Bush used to describe China before when he initially took office. The Chinese found the term deeply offensive and lobbied Washington to drop the phrase, which it eventually did.

Climate change will not be listed in the document as a security threat — a departure from the policy of former President Barack Obama, officials said. Defense Secretary James Mattis has previously referred to climate change as a threat to national security.

Trump will focus heavily on trade and economic issues as central to U.S. national security, reiterating his belief that the U.S. ceded ground under existing trade deals, according to senior administration officials who briefed reporters Sunday on the condition that their names not be used. That returns the president to “America First” theme he used in his winning 2016 campaign, which tapped into economic worries by many voters.

“Look for an emphasis on the competitive global environment, including with respect to China — rather than holding out hope for China’s emergence as a more-or-less responsible stakeholder,” Richard Fontaine, president of the Center For a New American Security, a nonprofit think tank in Washington, said in in an email before the release of the Trump administration’s document.

The president has had to balance his propensity for taking on China over its trade practices with his need for Xi’s support in combating the nuclear threat from North Korea.

The document will identify China and Russia as a “revisionist powers” that seek to upend the status quo, posing a threat to U.S. interests, the officials said. In previewing Trump’s speech last week, McMaster said Russia and China “are undermining the international order and stability” and ignoring the rule of law.

“Geopolitics are back, and are back with a vengeance after this holiday from history we took in the so-called post-Cold War period,” McMaster said on Dec. 12 at an event hosted by Policy Exchange, a U.K. research group.

On North Korea, the document will not make specific reference to preemptive military action, officials said. But it will make clear that the U.S. has the right to protect itself from “rogue nations” that pursue weapons of mass destruction. Iran would presumably fall into that category as well.

Russia, McMaster said, has pioneered “new generation warfare” that employs “subversion and disinformation and propaganda using cyber tools, operating across multiple domains, that attempt to divide our communities within our nations and pit them against each other, and try to create crises of confidence.”

Trump has sought a cordial relationship with Russia and cast doubt about assessments showing the Russian government worked to interfere with the U.S. presidential election.

The president has regularly praised his Russian counterpart Vladimir Putin, even as a special counsel investigates possible links between Trump’s campaign and the Russian influence operation during the 2016 election.

Trump said during a summit in Vietnam in November that Putin had assured him his country hadn’t tried to interfere in the election — an assertion contrary to the conclusion of the U.S. intelligence community.

Trump and Putin spoke Sunday for the second time in the past week, discussing a terrorism plot in St. Petersburg thwarted with the help of the Central Intelligence Agency.

“Both leaders agreed that this serves as an example of the positive things that can occur when our countries work together,” the White House said in a readout of the call.

U.S. National Security Council spokesman Michael Anton said on Fox News on Monday that Trump in the security strategy “identifies Russia the same way he has been talking about Russia all year.”

“We still have areas of cooperation possible with Russia in Syria, in fighting ISIS,” Anton said, using an acronym for Islamic State terrorists. “There’s areas where we’re still competing with Russia and this is a strategy that sees that clearly, prioritizes our interests and will continue the president’s policy about looking for areas of cooperation.”