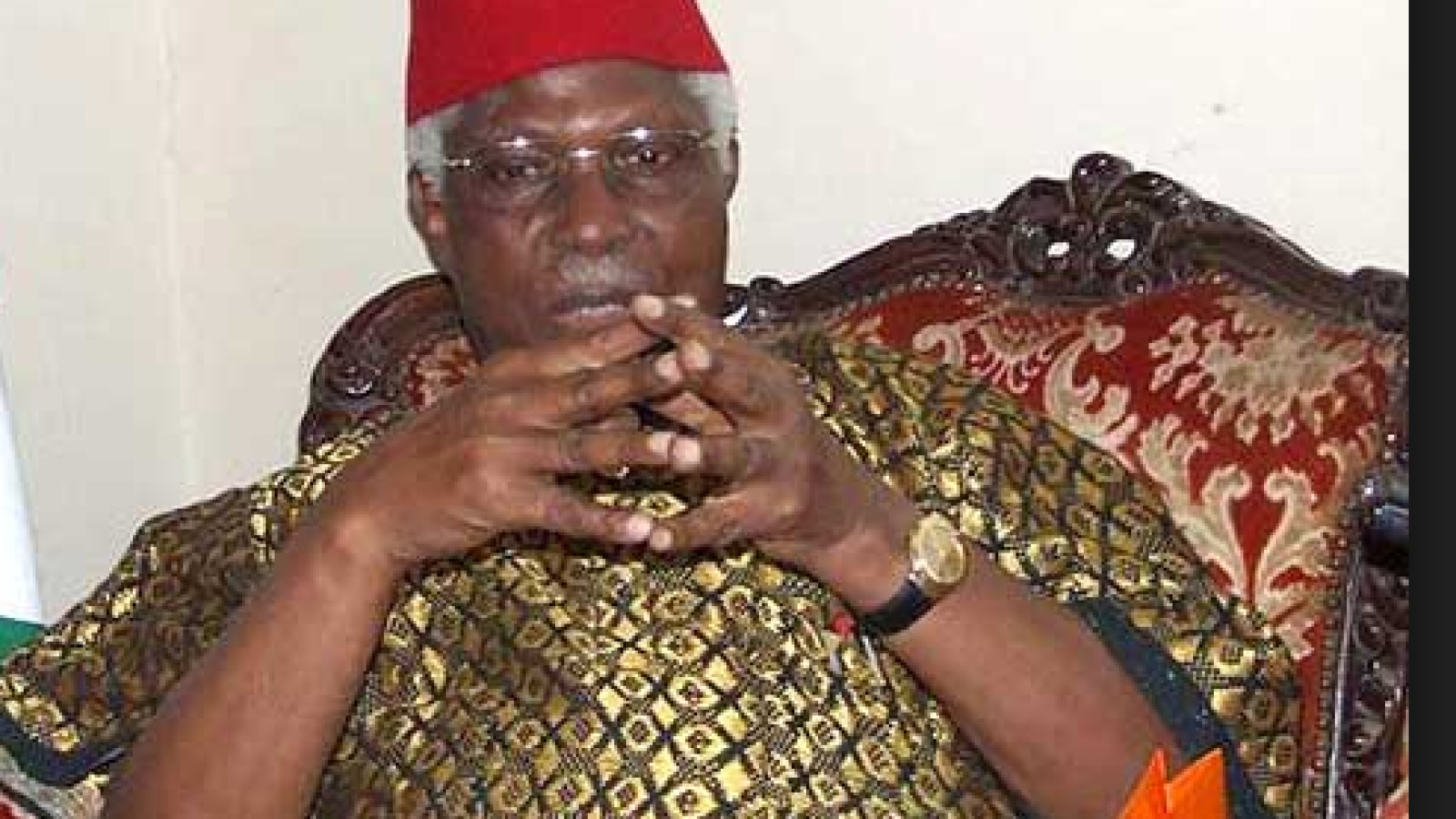 Monday was a day of mourning nationwide when word got out that Nigeria’s first Executive Vice-President, Dr. Alexander Ifeanyichukwu Ekwueme, had passed on at a London hospital on Sunday night at the age of 85.

A man of notable intellect and academic accomplishments, Ekwueme who made his mark as a foremost architect, businessman and later politician was the country’s vice-president from October 1, 1979 to December 31, 1983, when the Second Republic headed by former President Shehu Shagari was overthrown in a bloodless military coup spearheaded by then Major-Gen. Muhammadu Buhari.

The irony is that it was the same Buhari, as president, who ordered that Ekwueme be flown overseas for medical attention late last month after he suffered what his family described as a chest infection and slipped into a coma in Enugu where he had resided.

Confirming his passing Monday, a statement by his family and signed by his brother and traditional ruler of Oko community in Anambra State, Igwe Laz Ekwueme, said that the former vice-president died at 10 p.m. on Sunday.

The statement said: “Ekwueme family regrets to announce the peaceful passing away of their patriarch, the former Vice-President of the Federal Republic of Nigeria Dr. Alex Ifeanyichukwu Ekwueme, GCON.

“The sad event occurred at the London Clinic at 10:00 pm on Sunday 19th November 2017.”
Reacting to his demise, Buhari immediately sent condolences to Nigerians and to the government and people of Anambra State, on the passing away of Ekwueme.

A statement by Buhari’s spokesperson, Femi Adesina said the president “commiserates with the entire Oko Kingdom, the Aguata Council of Traditional Rulers, and the Ekwueme family, over the loss of the family’s patriarch, whose regular counsel on national issues and mediations for peaceful co-existence would be sorely missed”.

The president said Ekwueme’s unwavering commitment to the unity of Nigeria had been a major encouragement to many governments, recalling the personal sacrifices he made in helping to lay the foundation for sustainable democracy in Nigeria.

“President Buhari believes Dr. Ekwueme worked assiduously to improve the livelihood of many poor and underprivileged people through the Alex Ekwueme Foundation, describing him as a man who served his country and humanity.

“The president prayed that the Almighty God will receive the soul of the former vice-president, and grant his family the fortitude to bear the loss,” the statement said.

Similarly, Second Republic President, Alhaji Shehu Shagari, who was Ekwueme’s boss, Monday commiserated with Nigerians over the death of the former vice-president.

Mnangagwa Returning to Zimbabwe to Replace Mugabe as Leader