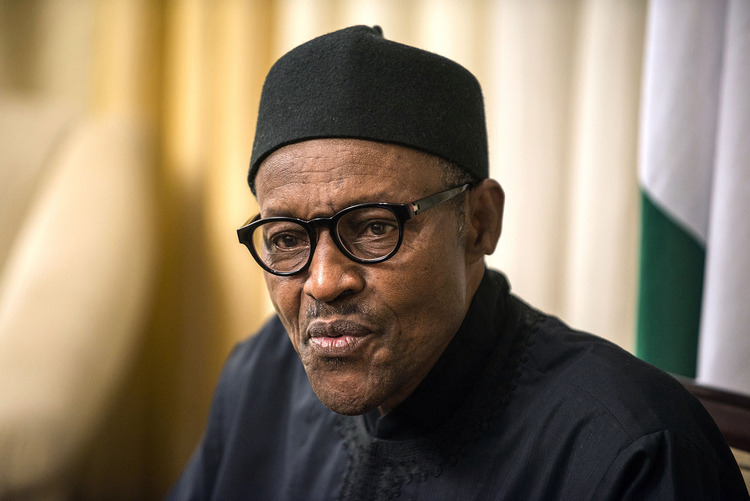 Some Nigerians in the United Kingdom on Friday concluded arrangement to hold an all-night protest against President Muhammadu Buhari’s long absence from Nigeria at the Abuja House in London.

The protest was scheduled to take place between 5 pm on Friday and 9 am on Saturday (today).

The #ResumeOrResign protesters asked Buhari, who had spent 104 days outside the country to receive medical treatment, to either return to Nigeria to resume work or resign so as to allow a more capable person to lead the country.

Similar #ResumeOrResign protests by the #OurMumuDonDo movement, led by popular Nigerian entertainer, Charly Boy, had taken place in the Federal Capital Territory, Abuja for several days until August 15 when the group was attacked and wounded by pro-Buhari protesters at the Wuse market.

In a Facebook post on Friday, a UK-based Nigerian and Convener of Hope for Nigeria, Chidi Cali, announced that the British police operating in the Royal Borough of Kensington and Chelsea had given them permission to hold the protest in front of the Abuja House, London.

Cali also said the police promised to provide the protesters’ security while their sit-down protest lasted.

Calling on Nigerians living in London to join the protest, Cali expressed delight that the British Police and the Kensington and Chelsea Council allowed their protest, which would be a candlelight vigil and procession, to hold.

A sticker showing the permission of the Royal Borough of Kensington and Chelsea for the protest to hold was seen notifying London motorists to avoid the Abuja House while the protest lasted.

As of 8pm on Friday, Cali posted some pictures of the protesters setting the stage, decorated with the Nigerian flag and carrying posters with inscriptions such as “Resume or resign,” “Enough is enough” and “We must know Buhari’s health status.”

Some British police officers were also seen standing in front of the Abuja House to protect the protesters.

Meanwhile, the Socialist Party of Nigeria has condemned the attack on the #ResumeOrResign protesters by Buhari’s supporters at the Wuse Market on Tuesday in Abuja.

The party said even though it did not necessarily agree with the proposition of the Charly Boy-led group that the resignation of President Buhari and replacement by acting President Yemi Osinbajo would resolve any of the socio-economic problems afflicting the working and toiling people of this country, the attack on him and the other protesters was condemnable.

A statement on Friday by the party’s National Secretary, Chinedu Bosah, said the attack was a clear indication that the ruling All Progressives Congress had the intention of repressing criticisms of the Buhari administration with extreme measures.

The statement partly read, “We call on the labour movement and the people to also speak up and condemn the attack because it portends grave dangers for the struggles of the working people in general.

“This attack raises fears about how fast Nigeria is being turned into a banana republic where any criticism of the ruling party and the administration of President Buhari are considered as a crime punishable by complete character assassination, blackmail or death.

“As far as we are concerned, citizens have a right to ask questions, not just about government policies but also about the conducts, actions and the health conditions of political office holders, including that of President Buhari whose medical bill in London is being footed by taxpayers.”

The party added that the APC and the Buhari government should be held responsible for the attack.