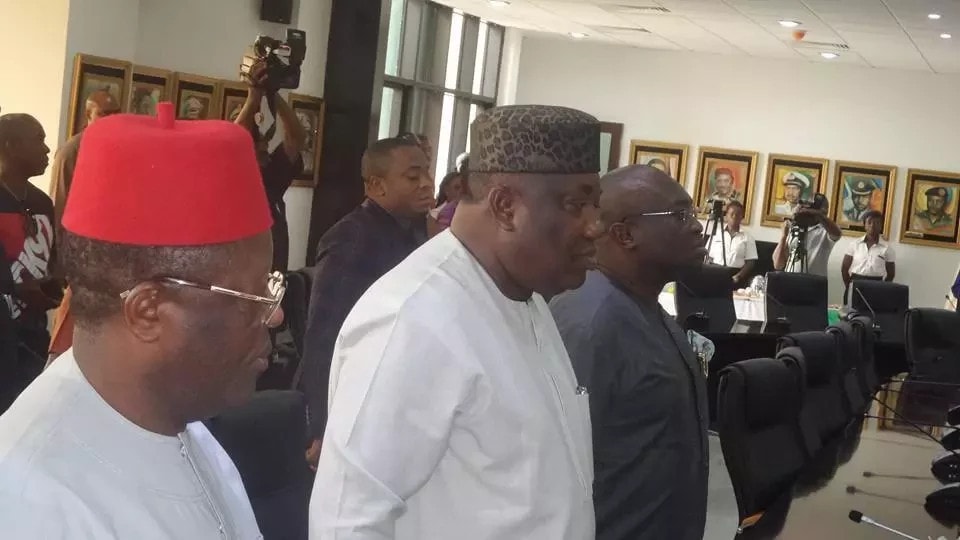 This is not the worst time to be an Igbo in the Nigerian political sphere, in fact, it is actually the best time for Igbo politics. However, it will take some dynamic thinking to realize this. Say what you want about Tinubu but he understood this early and he played the game well, “you cannot go and play in the big leagues if you do not have big players who turn up and show up.”

You cannot go and play in the big leagues if you do not have big players who turn up and show up.

What does that mean? Look at the present crop of political leaders in the South West and immediate environments (from the 6 states to Kogi and Edo) and you can actually pick enough people called “Tinubu boys” who have political clout and weight. These are people who have been tested and have the strength and dynamism. Even those who are deemed estranged like Fayemi and Fashola. And guess what, they also show up meaning they hold down their own house and can turn up political numbers any day. Do a number of Tinubu Boys in Lagos alone and you will be shocked, from Hamzat to Leke Pitan. Not trying to praise Tinubu but this type of alliance is needed. I have not seen one single politician in the South East that commands such respect across the board in the South East. How can you position yourself for National Politics if you have not conquered regional politics?

How can you hold your own when you can’t show up to a party meeting with at least fifteen boys who are willing to work for you from all the states? Almost every South East politician is just popular in each of his/her state. This is the problem governors who perform like Obaino and talkers (even though he does too much) like Peter Obi has. They need people to fight for them and hold down other states for them.

You call it godfatherism, I say it is alliances. Imagine if Okorocha can boast of having a huge support base from not just Imo but also Ebonyi, Abia, Rivers, and Enugu. That is 5 states. He is already in a good position for any political negotiation and he is more likely to get what he asks for if he wants to form an alliance with anyone.

You call it godfatherism, I say it is alliances.

Saraki did not become this influential by locking himself in Kwara. No, he played his politics in his region. Same as El Rufai. People have no idea the politics that happened on the morning of the primaries between Fashola, El Rufai, and Tinubu. That could have cost President Buhari the ticket if not for alliances.

Similarly, Akpabio is facing the same problem, his support basically stops in Akwa Ibom (which the governor is doing his best to uproot) outside the state, none. At least, Amaechi even though he is as dramatic as a woman (no disrespect to women) but he is bringing his boys out and giving them posts who will in turn spread his own political clout. That is not even national politics, but regional.

People wonder why the Tinubu group can be so confident about Lagos. Because they have done the work of 100 years. They have almost every traditional leader, every market leader, every motor park, and almost every structure on the informal side and the formal side, they allow the social media boys do the dirty fight. If you don’t know, you can’t beat the Tinubu boys on Twitter and Facebook. They are always ready.

This is the time for the South East politicians to forge intra-regional alliances. Have one or two politicians in the South East and parts of the South-South who can boast of at least 30 percent of voters in each state in terms of Senators, House of Representatives, State assemblies, etc., and then launch for the National scale.

This is the time for the South East politicians to forge intra-regional alliances.

However, playing the victim card while expecting things to fall into your arms will not help the region. The South East has to stop claiming marginalization, everybody in Nigeria has been marginalized but not everyone chooses to wear it on their sleeves. Stop attacking other tribes because you feel they have it better or they made better calculations, if you lose, take that loss with your chest, go home and work on it, come back to another fight smoking and looking new (political fights are not every 4 years, they are every re-run election, every party ward primary, every local government poll) put your players in position that will help spread your influence so when they call your name in one place, the response is heard from 7 places. That is a political influence.

The South East has to stop claiming marginalization, everybody in Nigeria has been marginalized but not everyone chooses to wear it on their sleeves.

And politicians have to stop looking like tribal bigots –even if you are, you are a politician, polish yourself. See how commissioners in Lagos, went to be senators, ministers, and governors. Don’t restrict your planning to one tribe. Ambode did a lot of the financing of Edo politics on Tinubu’s behalf now, they have a governor they can plan with. Governors in the South East have to capture grounds outside their state, make none indigenes commissioners and advisers and send them to be senators in their states but what have you in their states. Defeatist.