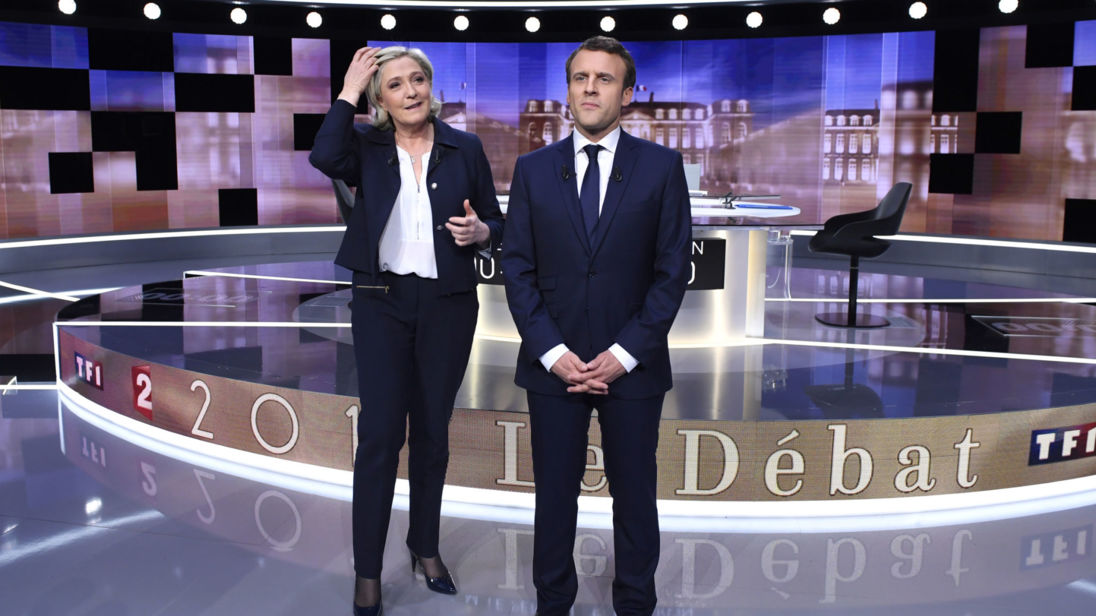 The French go to the polls today to decide who – between centrist Emmanuel Macron and far-right candidate Marie Le Pen – would be the next president of the Western European nation and one of the most powerful countries in the world. In the latest polls released on Friday, Macron holds a 20 point lead over Le Pen and is widely expected to emerge winner.

If successful today, Macron, at 39, would become the youngest president in the history of France and the nation’s youngest leader since Napoleon. He has led a remarkable campaign, defying the traditional mainstream parties courtesy of his En Marche! movement. For many, however, the campaign has become less about backing Macron and instead about voting against Le Pen, the National Front candidate.

French President François Hollande, Republican candidate François Fillon and the Socialist Party’s Benoit Hamon have come together to back Macron, claiming a Le Pen presidency would be disastrous for France.

However, in an incident reminiscent of last year’s presidential elections in the United States, French presidential candidate Macron has been the victim of a massive and coordinated hacking operation, according to his campaign team.

Macron slammed the attack as a last-ditch attempt to undermine him before today’s election. Two polls released on Friday, before polling restrictions went into effect, suggested he still held a 20-point lead.

.Around 14.5 gigabytes of emails, personal and business documents were posted to the text-sharing site Pastebin through links to more than 70,000 files, a CNN look at the data shows. Officials from Macron’s En Marche! party said in a statement that the perpetrators of the hack had mixed fake documents with authentic ones “to create confusion and misinformation.”

“The leak happened in the last hours of the campaign. This operation is clearly meant to undermine democracy, just like what happened in the US during the last presidential campaign,” the statement read.

US intelligence officials have said Russia meddled in last November’s elections, and Congress is investigating the allegations. Russia has denied any interference.

En Marche! said that some of the files circulating were obtained several weeks ago after personal and professional email accounts were hacked.

It was not clear who was behind the document dump, but the hack targeting Macron’s campaign used methods similar to the suspected Russian hacks of the Democratic National Committee last year in the US, according to a report issued in April by cybersecurity researchers. Donald Trump won the election after information from Hillary Clinton’s campaign was released before the vote.

When asked whether Russia was involved in the Macron email hack, Kremlin spokesman Dmitry Peskov said: “These, like other similar accusations, are based on nothing and are pure slander.”

Russian officials have vehemently denied interfering in elections and have said they have no preferred candidate in the French vote.

Macron’s party chief, Richard Ferrand, accused Russia of trying to influence the election by spreading “fake news” about the candidate through its state-controlled media while reporting more favorably on Le Pen.

Le Pen’s anti-Europe and anti-NATO stance are perfectly aligned with Russian interests, and she has consistently called for closer ties with President Vladimir Putin. She has also expressed a desire to roll back European Union sanctions on Russia after Moscow’s annexation of Crimea from Ukraine, which she has described as “unfair and silly.”

It is a stance that contrasts markedly with Macron, a pro-EU, pro-integration candidate who has said he would keep sanctions on Russia in place, if not add to them.

No matter what happens in today’s election, voters will be making history. Neither of the two candidates represent the two parties — the center-left Socialists and center-right Republicans — that have traditionally dominated French politics. The parties, discredited by incompetence and scandal, have instead been overtaken by one formerly fringe party and one entirely new one.

But in a certain sense, the dynamic speaks to broader divisions with France itself — and within the rest of Europe. After decades of rising immigration rates and devolving sovereignty to the EU, combined with the more immediate shocks of the Great Recession and the refugee crisis, some French voters have come to question the basic premises of their political system. The choice is between France continuing to push for an open, connected Europe that it helped build or to shut its door to immigration and Europe.

Voters who prefer the latter answer have their champion in Le Pen. And Macron, a centrist former investment banker, is a near-perfect distillation of the pro-Europe consensus.

The roughly 20 points margin of victory which the polls say Macron holds is a much higher margin than what was predicted before the surprise Brexit and Trump victories. Even if Le Pen over-performs significantly, she would still have to climb a daunting hill to make up the difference.