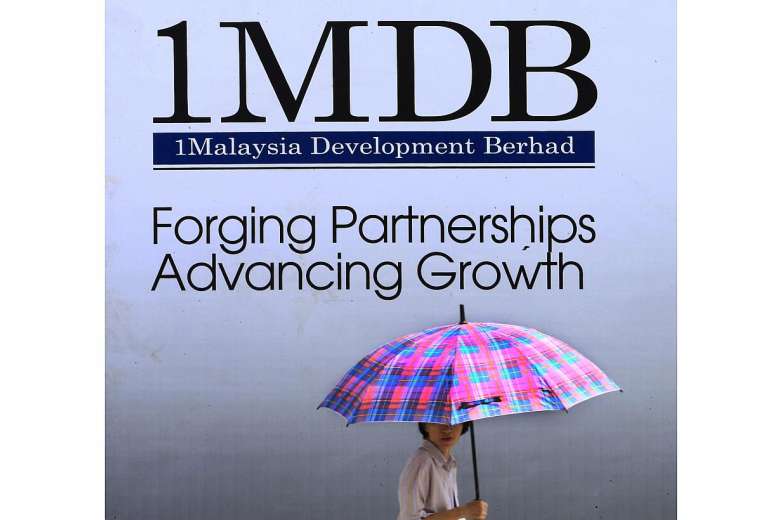 Malaysia reached an agreement to pay Abu Dhabi about $1.2 billion as settlement over the debt of embattled government fund 1Malaysia Development Bhd.

Abu Dhabi sovereign wealth fund International Petroleum Investment Co. will get half the amount by the end of July and the rest by the end of this year, according to an IPIC statement on the London Stock Exchange on Monday. 1MDB will also assume the coupon and principal obligations for $3.5 billion of bonds issued by it and co-guaranteed by IPIC, according to the statement.

“These obligations will be met by 1MDB, primarily via monetization of 1MDB-owned investment fund units,” the Malaysian company said in a separate statement. “This arbitration settlement and monetization of investment fund units represents the resolution of a significant challenge, and is a major part of the 1MDB rationalization plan, which is now at its final stages of conclusion.”

1MDB and IPIC were locked in a tussle that spilled over to repayments on two sets of bonds issued by the Malaysian state fund that led to a default in April 2016. IPIC was seeking $6.5 billion from 1MDB and the Malaysian government for failure to perform their debt obligations as the dispute moved into arbitration at the London Court of International Arbitration.

The agreement is conditional on the arbitration tribunal making a consent award by May 31, IPIC said.

1MDB’s 5.99 percent notes due May 2022 rose to the highest since November. The yield fell 11 basis points to 3.98 percent as of 6:45 p.m. in Hong Kong, according to Bloomberg-compiled prices. The yield has declined from 6.63 percent about a year ago after 1MDB defaulted on a coupon payment on a separate bond.

The settlement removes a key hurdle amid investigations from the U.S. to Singapore, Hong Kong and Switzerland into money laundering and embezzlement linked to 1MDB. A brainchild of Malaysian Prime Minister Najib Razak to attract foreign investment, 1MDB accumulated billions of dollars in debt after its 2009 inception. The country’s parliamentary committee identified at least $4.2 billion in irregular transactions.

Among the issues between the 1MDB and IPIC were billions in allegedly missing funds. 1MDB has said it could be a victim of fraud if payments intended for IPIC never made it there, while the latter had denied ownership in the company that 1MDB transferred money to.

“The parties have also agreed to enter into good faith discussions in relation to payments made by 1MDB Group to certain entities,” IPIC said.

1MDB and the Malaysian finance ministry will pay IPIC through proceeds raised from the sale of units Brazen Sky Ltd. and 1MDB Global Investment Ltd., a person familiar with the matter said last week.

The Malaysian government said all 1MDB-owned investment fund units have been monetized.