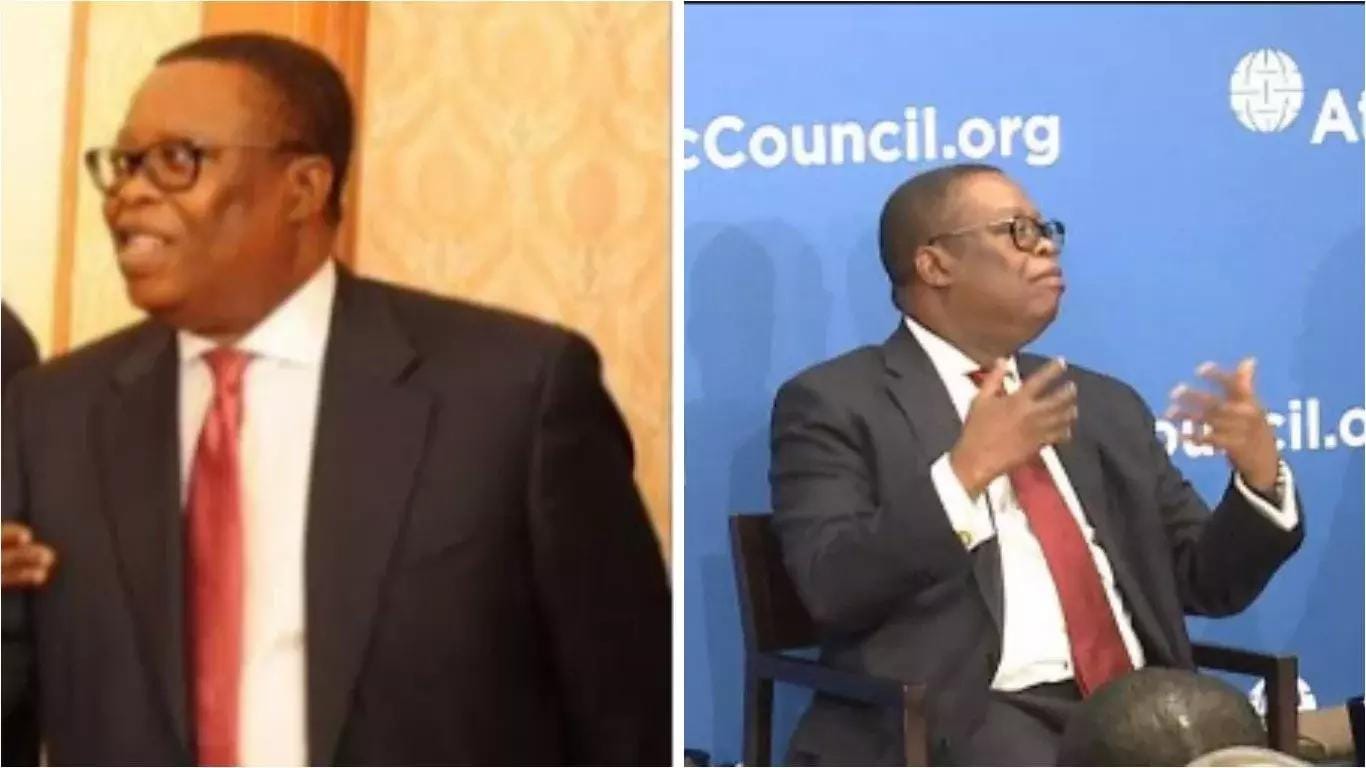 The suspended Director-General of the National Intelligence Agency, Amb. Ayodele Oke, has met with Vice-President Yemi Osinbajo, where he admitted that his agency received the sum of $289,202,382 on the orders of former President Goodluck Jonathan in February 2015.

President Muhammadu Buhari, on Wednesday, ordered the suspension of Oke over the role of the NIA in the ownership of $43m (about N13bn) and other currencies uncovered in Osborne Towers, Ikoyi, Lagos.

Buhari also ordered the suspension of the Secretary to the Government of the Federation, Mr. Babachir Lawal, in connection with his indictment for contract fraud by a Senate ad hoc committee on mounting humanitarian crisis in the North-East.

A top government source, on Thursday, confided in one of our correspondents that the Osinbajo-led committee had directed Oke to submit documents to back his claim.

It was learnt that the suspended NIA boss had also gathered documents which would be formally submitted to the panel showing that the transaction was approved by Jonathan through the embattled former National Security Adviser, Col. Sambo Dasuki (retd.).

It was learnt that the transaction was known as an intervention fund for national security or special services with the aim of fighting insurgency during the six weeks period between February 14, when the Presidential/National Assembly elections were postponed and March 28, when the polls were held.

However, operatives of the EFCC are said to be working on the theory that the money was meant for the prosecution of the 2015 general elections.

A source, who spoke on condition of anonymity because of the sensitivity of the case, said, “The DG of the NIA has met with Vice-President Osinbajo and will submit documents pertaining to the transaction.

“The DG admitted on record that the transaction was authorised by former President Jonathan and Col. Sambo Dasuki, and as such, was simply following orders from the commander-in-chief. He will submit memos and other documents as evidence.”

Explaining how the transaction took place, the source said a memo was raised by the National Petroleum Investment Management Service on February 25, 2015, two weeks after the postponement of the presidential election for ‘security’ reasons, based on Dasuki’s advice.

The money was received by the NIA and kept in a safe house.

“Specifically in January 2016, a letter was written by the DG NIA to the NSA, Babagana Moguno, on the existence of the cash. The memo exists and will also be submitted to the panel.”

It was gathered that one of the posers the NIA would solve was why the apartment, where the money was kept, was registered in the name of the wife of the DG, Mrs. Folasade Oke.

“One question the suspended NIA boss must answer when he meets with the panel is why the apartment used for an official matter was registered in his wife’s name,” the top government source said.

Efforts to get the NNPC through the Group General Manager, Corporate Affairs, Ndu Ughamadu, were not successful as his mobile indicated that it was not reachable.

A detailed text message was sent to him on the matter, but he had yet to respond as of the time of filing this report on Thursday.

NAPIMS is a subsidiary of the NNPC.

Attempts to get comments from the CBN were also not successful as repeated calls made to the acting Director, Corporate Communications, CBN, Mr Isaac Okorafor, did not connect while a text message sent to him on the issue had yet to be responded to as of press time on Thursday

It was learnt that the Osinbajo-led panel would also invite the Governor of the CBN, Mr. Godwin Emefiele, and some directors of the apex bank to explain why such a huge sum of money was released in such a manner.

One of our correspondents also gathered that officials of NAPIMS would also be invited to explain why the money, which did not go through appropriations, was released.

EFCC to monitor airports, get warrants to search more properties

It was learnt that the EFCC was working on the theory that more of such huge funds, belonging to the NIA, might be stashed in some secret locations.

A source said that the commission had obtained warrants to search more properties in urban areas of the country.

One of our correspondents learnt that the EFCC had asked sister agencies to be on the lookout at various airports to ensure that none of the affected persons was allowed to flee the country.

Meanwhile, the Senate Ad Hoc Committee on Mounting Humanitarian Crisis, whose interim investigative report indicted the SGF, Lawal, has expressed doubt on the probe ordered by the Presidency.

The Chairman of the Senate panel, Senator Shehu Sani, while featuring on a breakfast programme by Television Continental, TVC Breakfast, on Thursday, said an investigation of the SGF by the Presidency could give Lawal a soft landing eventually.

He stated that the EFCC, the Independent Corrupt Practices and other Related Offences Commission and the Nigeria Police could be asked to probe the SGF.

Sani added, “What I am saying in this aspect is that the best institution to investigate the SGF is one recognised by the law (to carry out the task), which is the EFCC, ICPC and the police.

“That is why we are being very cautious in endorsing the investigation in the Presidency. What I am afraid of is soft landing, which I don’t think will be in the best interest of the anti-corruption crusade.”