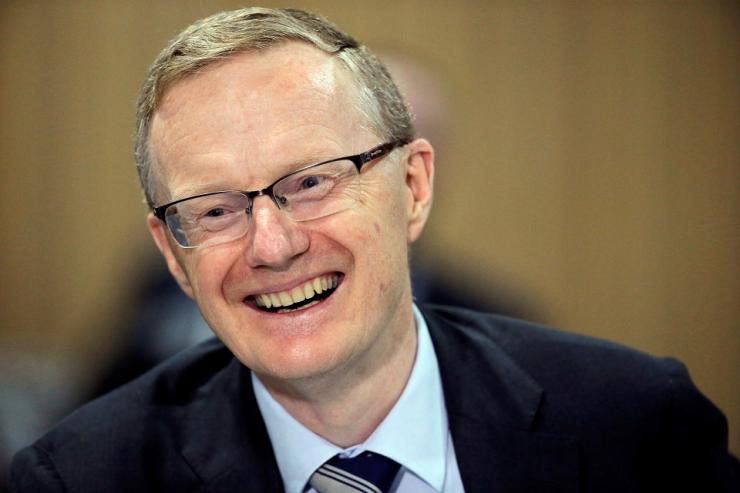 “Too many loans are still made where the borrower has the skinniest of income buffers,” Lowe said in the text of a speech to a Reserve Bank of Australia board dinner in Melbourne Tuesday. “In some cases, lenders are assuming that people can live more frugally than in practice they can, leaving little buffer if things go wrong.”

The RBA chief also signaled that government should do more: law makers have failed to release land, encourage residential development and build transport infrastructure in a way that would have allowed Sydney and Melbourne to absorb their rapidly expanding populations without triggering runaway prices.

“Nothing increases the supply of well-located land like good transport links,” Lowe said. “Under-investment in this area is one of the factors that has pushed housing prices up. Put simply, the supply side simply did not keep pace with the stronger demand side. The result has been higher prices.”

The RBA itself is caught in a policy paralysis: unable to cut rates despite rising unemployment, weak wage growth and anemic inflation; and unable to pop an east coast housing bubble with policy tightening because the rest of the economy is too weak to absorb the shock. Lowe has instead kept rates unchanged at a record-low 1.5 percent since taking the helm in September to support a transition from mining to services and manufacturing.

The governor also highlighted the weakness in the nation’s labor market, as he did earlier in the day when the RBA left rates unchanged. Conditions remain “pretty soft,” employment growth is slow and wage growth “the lowest in some decades,” he said.

“We will want to see an improvement here before we can be confident that growth in the overall economy is strengthening,” the governor said.

But it was housing that dominated the address as he sounded the alert over related debt that “is high” and “rising.” In the past 12 months, such debt increased 6.5 percent compared to a 3 percent gain in household income, he noted. Australia is in uncharted territory here: while the population has racked up large debt for more than a decade, it’s previously been inflated away to some extent by rising consumer prices and wage gains.

“Slow growth in wages is making it harder for some households to pay down their debt,” Lowe said. “For many people, the high debt levels and low wage growth are a sobering combination.”

Lowe took issue with the amount of interest-only loan approvals — they accounted for almost 40 percent of new loans in the past year. Australia is “unusual” by international standards in borrowers not having to pay any principle of such loans for a period, he said, adding tax breaks only increase their appeal and subsequent investment in residential property. The present government has refused to close these breaks. The opposition Labor party, which is leading in polls, has pledged to do so.

The Australian Prudential Regulation Authority said last week that interest-only loans should account for no more than 30 percent of new loans. It also said lenders should place strict limits on such loans when they involve high loan-to-valuation ratios.

“A reduced reliance on interest-only loans in Australia would be a positive development and would help improve our resilience,” Lowe said. “With interest rates so low, now is a good time for us to move in this direction. Hopefully, the changes might encourage a few more people to think about the merit of taking out very large interest-only loans when interest rates are near historical lows.”

Lowe noted the limits of prudential measures, saying the underlying driver of the housing market remains supply and demand. He acknowledged credit availability “can amplify” demand.

The governor, who chairs the Council of Financial Regulators that brings together APRA, the RBA, the Australian Securities & Investments Commission and the Treasury, said the body would continue to assess how the system responds to the additional prudential measures.

“It would consider further measures if needed,” he warned. “As I have said, though, in the end addressing the supply side of the housing market is likely to prove a more durable way of dealing with the concerns that people have about debt and housing prices than detailed supervisory guidance.”