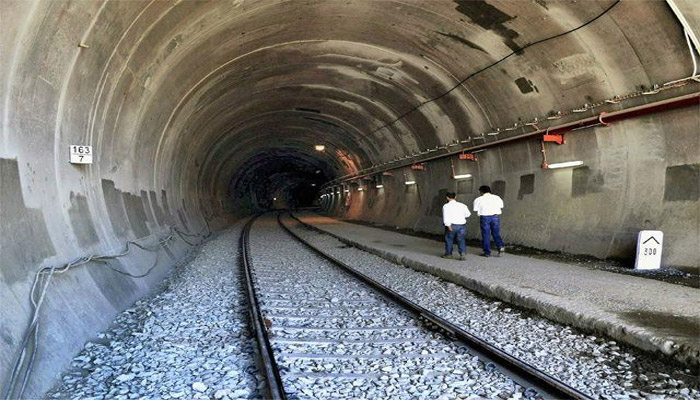 The Federal Government has disclosed plans to leverage on tunnelling technology to address the problem of population explosion and transportation in urban centres.

The Minster of Transportation, Mr. Rotimi Amaechi, made this known at the first Nigeria International Tunnelling and Underground Space Conference organised by the Tunnelling Association of Nigeria in Lagos on Thursday.

According to the minister, who was represented by the Managing Director, Nigerian Railway Corporation, Mr. Freeborn Okhiria, underground space development will be a major inter-ministerial commitment to respond to the country’s infrastructure needs.

He said the government could leverage on the vast potential and possibilities in tunnelling technology to address the major fundamental problems currently hindering infrastructural development, especially in urban centres.

Amaechi stated, “Other nations are doing it, so why not Nigeria? We are, therefore, eager to tap into what this global knowledge has to offer Nigerians and the Nigerian state for the overall good of our people towards achieving excellence and sustainable development in line with global trends.

“Recent reports (2016) suggest that the country requires $12bn to $15bn annually for the next six years to meet the infrastructure requirements. At current market rates, this amount to over N7tn per year. Closing this gap, therefore, demands commitment from the government, but surely not without the inclusion of all Nigerians and relevant stakeholders in the key sectors for the development of our infrastructure.”

The Chairman, TAN Ad Hoc Committee, Mr. Abidemi Agwor, said there was a need for effective use of underground space as much as the surface.

The President, Nigerian Society of Engineers, Mr. Otis Anyaeji, who was represented by Mr. Emmanuel Akinwole, noted that investing in tunnels would provide a window through which the country’s economic development could be measured.

The Vice President, International Commission on Large Dams, Mr. Imo Ekpo, said tunnelling would help the country to cope better with its growing population and industrialisation.