The Commonwealth Cybersecurity Forum 2017 has called for more international collaboration to fight the scourge across the commonwealth nations.

The two Commonwealth leaders addressed senior representatives from international and regional organisations, governments, industry and civil society at the opening of the forum, where the challenges and solutions in the implementation of national cybersecurity strategies were discussed.

The annual forum was launched in 2010 by the CTO to raise awareness of growing online criminality in its various forms, affecting people, organisations and also countries’ key national information infrastructure.

According to Taylor, “The CTO is committed to assisting our members in developing and implementing their national cybersecurity strategies for the benefit, not only of their national ICT sectors, but also the international community. The Commonwealth Cybersecurity Forum is another strand to the CTO’s work in enhancing cybersecurity and protecting cyberspace.”

Similarly, Scotland said: “Abuses of this technology can just as easily devastate lives and I am pleased that this conference provides an opportunity to build cooperation among stakeholders from across the Commonwealth to develop a joined-up approach to tackling cybercrime.”

The Director, Standardisation Bureau, International Telecoms Union (ITU), Dr. Chaesub Lee, told the conference that the security of critical infrastructure was of utmost importance, and that trusted information and communications technology (ICT) infrastructure is the foundation of ICT reliability.

“The CTO’s annual conference provides an important platform to discuss the threats to cyberspace and develop plans to tackle them,” the Vice-President of Cyber, BT Security, Les Anderson, said at the forum.

According to the research data analyzed and published by Comprar Acciones, the United States accounted for 64.7% of the total deal value, with 340 deals worth $7.85 billion.

The top five deals in the segment accounted for 58.4% of the total. Klarna bank had the highest raise, at $650 million at a post-money valuation of $10.65 billion. It made it the highest valued private fintech in Europe and the fourth highest globally.

On the other hand, the insurtech sector raised $2.5 billion globally across 104 deals according to Willis Tower Watson. It marked a 63% increase in funding value and a 41% growth in deal volume. The number of mega-round deals in the segment increased by 50% QoQ.

Six mega-rounds drove 69% of the total insurtech funding. Top on the list was Bright Health with $500 million and another $500 million by Ki. Early stage companies in the sector grew by 57% QoQ during the period, compared to a record low of 42% in Q2 2020. 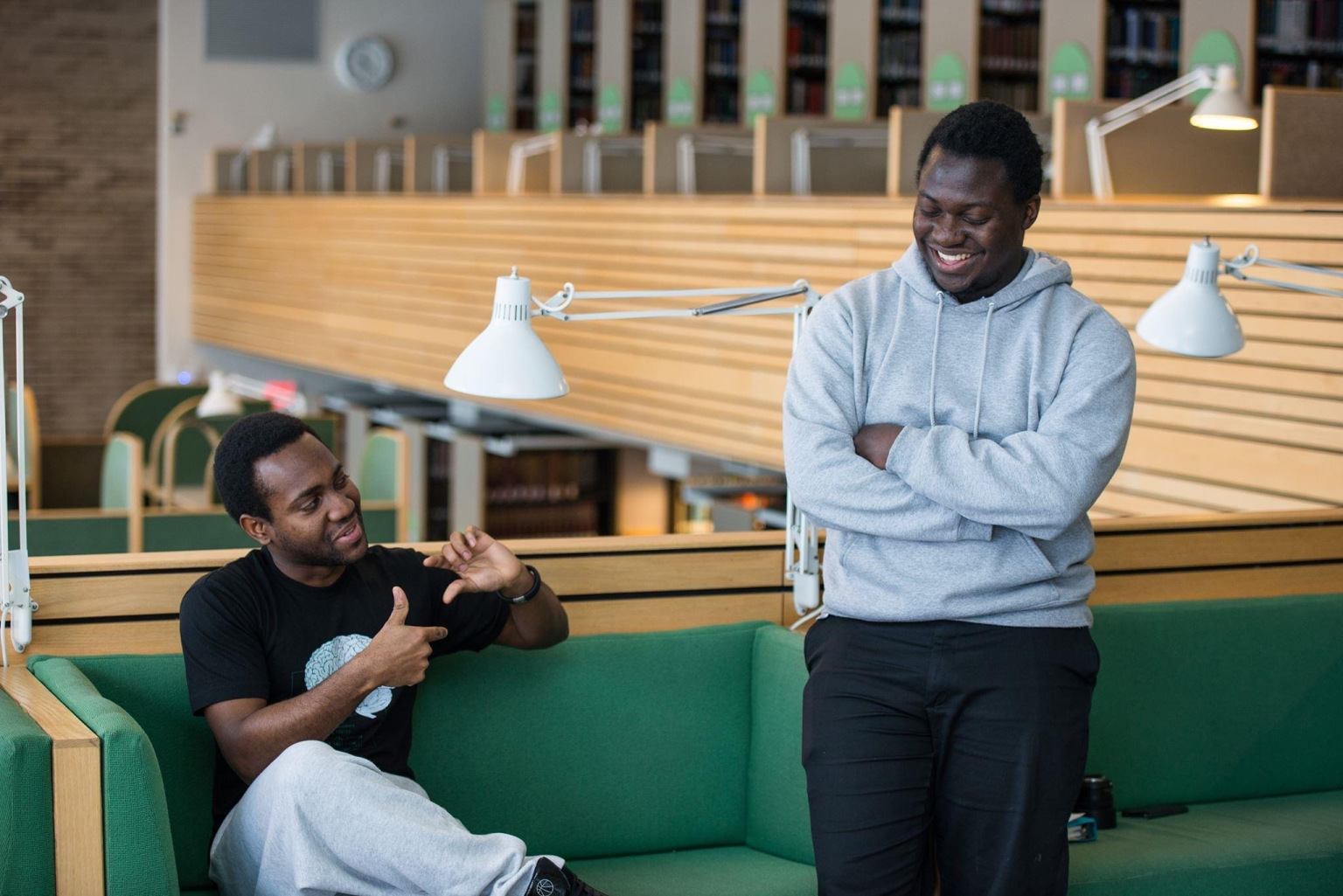 The world’s richest man, Jeff Bezos, has invested in an African fintech start-up, Chipper Cash, according to the latest report from Tech Crunch.

Chipper Cash, a startup that helps facilitate money transfer across Africa and beyond, raised a $30 million Series B funding round led by Ribbit Capital with participation from Bezos Expeditions, a personal VC fund of Jeff Bezos, the founder and CEO of Amazon Inc.

Chipper Cash currently has 3 million users on its platform and processes an average of 80,000 transactions per day. The startup operates in the following seven African countries; Ghana, Uganda, Nigeria, Tanzania, Rwanda, South Africa and Kenya.

According to Ham Serunjogi, the Chief Executive Officer, Chipper Cash, the company attained a monthly payments value of $100 million in June 2020.

As part of efforts to grow beyond its current market, Chipper Cash plans to expand its product and geographical reach. In terms of product, the company plans to add cryptocurrency trading options and investment services.

“We’ll always be a P2P financial transfer platform at our core. But we’ve had demand from our users to offer other value services…like purchasing cryptocurrency assets and making investments in stocks,” Serunjogi stated on the phone. 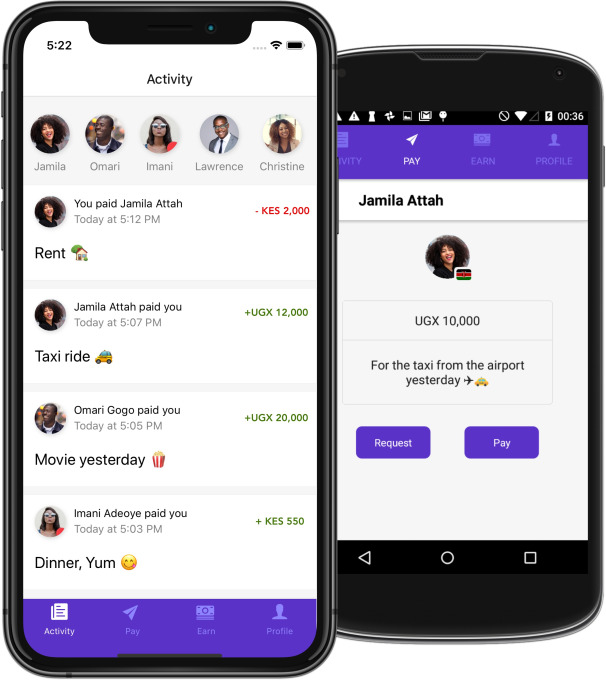 The fintech company recently added beta dropdowns to its website and mobile application to enable customers to buy and sell Bitcoin and even invest in United States stocks from Africa. It partners DriveWealth, a U.S financial services company, to allow stock trading.

“We’ll launch [the stock product] in Nigeria first so Nigerians have the option to buy fractional stocks — Tesla shares, Apple shares or Amazon shares and others — through our app. We’ll expand into other countries thereafter,” said Serunjogi.

On the financial service side, Chipper Cash plans to offer more API payments solutions. “We’ve been getting a lot of requests from people on our P2P platform, who also have business enterprises, to be able to collect payments for sale of goods,” explained Serunjogi.

In Q3 2020, Facebook inched closer to becoming the first social network with 3 billion users. Based on the research data analyzed and published by Comprar Acciones, it had 2.74 billion monthly active users at the end of September 2020, up by 12% year-over-year (YoY).

Facebook was the most popular social networking platform. YouTube and WhatsApp followed with 2 billion users each, while Messenger was third with 1.3 billion. In total, the four had a cumulative 8 billion users.

During the period, Facebook also had a 12% quarter-over-quarter (QoQ) increase in the total number of its daily active users (DAUs), to reach 1.82 billion. Asia Pacific led in DAUs, going from 699 million in Q2 to 727 million in Q3 2020. Europe remained flat at 305 million, while the US & Canada dropped from 198 million to 196 million.

In terms of monthly active users (MAUs), Asia Pacific was also the top market with 1.17 billion users. Europe followed with 413 million, while the US & Canada had 255 million.

According to Sensor Tower, Youtube was the second highest grossing mobile app in Q3 2020 across both Google Play Store and Apple App Store. During the period, its revenue increased by 59% YoY. On the other hand, Facebook came in second on the list of top mobile apps by downloads, in spite of a 2% YoY drop.