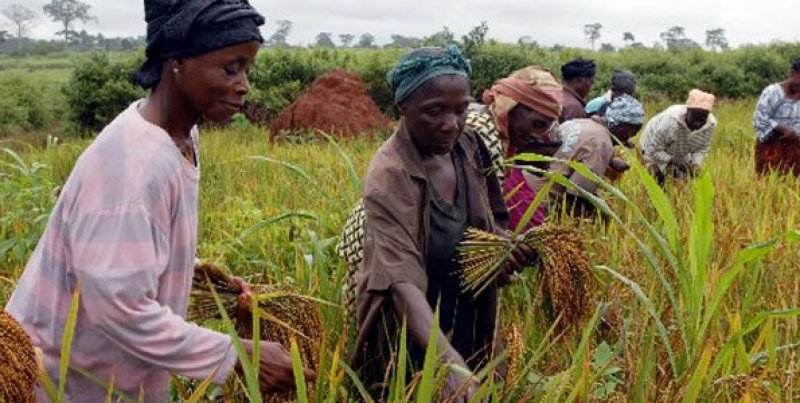 The Executive Vice-President of Hudson Group, Prince Tom Iseghohi, has expressed the desire of his company to create six million jobs in the next three years and the increase Nigeria’s Gross Domestic Product (GDP) to $5billion within five years.

Iseghohi, who disclosed this in Lagos at a two-day strategic session organised by the group in partnership with Small and Medium Enterprises Development Agency of Nigeria (SMEDAN) and other partners, noted that from a gallop study conducted, it was discovered that Nigeria has the highest entrepreneurial intent in the world which he said is an indication that there are more Nigerian entrepreneurs willing to start a business compared with other countries in the world.

He also noted that if entrepreneurs are given the needed support to start up a business and they become successful, the country’s GDP would grow tremendously; the per capital income would increase and employment would be addressed.

He added that in terms of conversion of entrepreneurial intent for successful businesses, Nigeria is one of the lowest in the world.

Iseghohi explained that the two key reasons responsible for this challenge are as a result of lack of access to funding and access to market especially the international market, stating that the focus of the conference is aimed at creating a platform to solve the issues that face micro-small medium scale enterprises.

The Hudson VP stated that “we have put together a structure that includes international financiers, private sector, government officials and technocrats, to come together to solve this problem which is to formalise micro-small medium enterprises and give it access to technical partners and funding.

“At the end of the meeting, we would have developed a clear road map that any person interested in creating a business can plug into and tap from. We have decided that we need to be measured by very clear matrix. If we are successfully, we should see SMEs getting more funding than they should have which is easily measurable.

“If we are successful, SMEs would create six million jobs in the next three years, and there should be a direct traceable impact on the GDP. Nigeria’s GDP can be trillions of dollar, but today, it is less than $500 billion and the best way to drive that is through the SMEs. We have seen the commitment of the government through SMEDAN. SMEDAN and other state governments are partnering us to try out a process which shows that this can be done.”

In his remark, the SMEDAN Director-General, Dr. Dikko Radda, who was represented by the Director Enterprise Development and Promotion Agency of Nigeria, Dr. Wale Fasanya, stated that the agency has been involved in designing programmes and projects, creating the appropriate platforms to address some of the numerous constraints of Micro Small Medium Scale Enterprises (MSMEs), adding that the contribution of the sector to export is 7.27 per cent.

He noted that in the face of recession, the sector is expected to serve as a catalyst for reversing the economic downslide, stressing that the expectation is not certainly misplaced but would be more justifiable if enabling environment is created for the over 37 million new jobs created by the sector.

Radda explained that as part of efforts to address the challenges faced by MSMEs, they have established a national collateral registry for MSMEs to secure loans; credit information portal to ease up the task of sourcing for information regarding available credits for MSMEs, SME rating initiative, marketing linkages, and others.