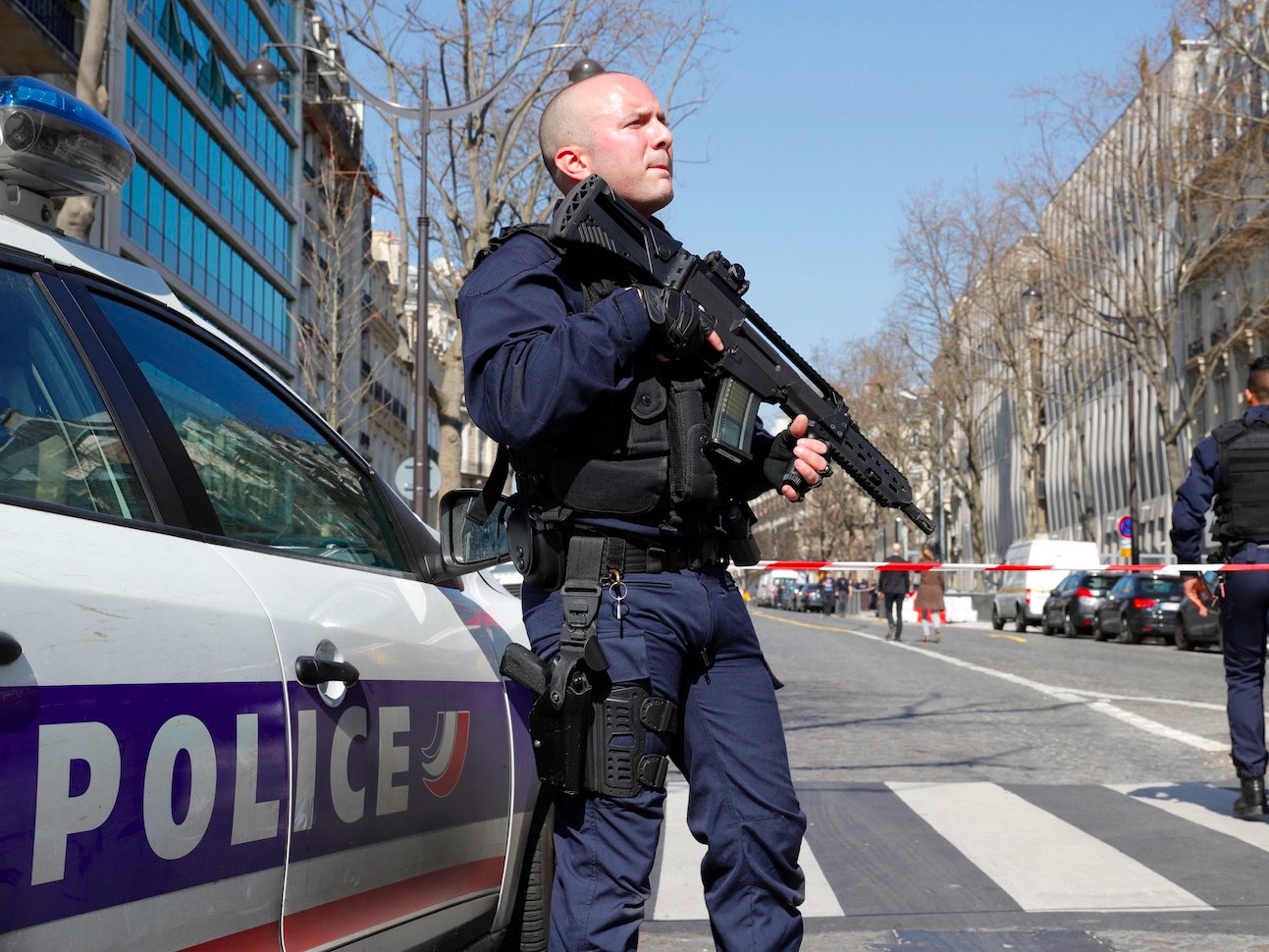 Speaking to reporters, Paris police chief Michel Cadot said the device was sent by post and the small explosion was probably cause by a homemade device. He said there had been telephone threats made to the IMF, but it’s not clear whether they were linked to Thursday’s incident.

It is unclear who sent the homemade explosive, which was like a “big firecracker” and sent by regular mail, Cadot said.

French media reported that the person who opened a letter addressed to a senior IMF official that contained an explosive substance.

The secretary who opened the letter was injured by shrapnel in the face and hurt in the eardrum because of a “rather violent noise,” the police chief said.

On Twitter, the police department said the secretary was taken to the hospital for treatment.

President Francois Hollande, who is on a visit to the south of France near Toulon, called the incident “an attack”.

Christine Lagarde, the head of the IMF, condemned the explosion, saying it was a “cowardly act of violence.”

“I condemn this cowardly act of violence and reaffirm the IMF’s resolve to continue our work in line with our mandate,” she said.

Staff from the IMF office were evacuated and armed military officers and police guarded the area, in a chic district of western Paris. The World Bank office in France is in the same compound.

Police searched all four floors of the building, Cadot said. No one else was injured and only light damages were incurred.

On Thursday, the French government issued a nationwide alert after a reported shooting at a high school in the southern town of Grasse, some 500 miles. The two incidents do not seem related.

France has been on high alert after a string of deadly Islamic extremist attacks over the past two years.

The most recent attack happened last month when a machete-wielding assailant shouting “Allahu Akbar!” was shot by soldiers stationed outside the Louvre Museum. The attacked, who was shot four times after injuring a soldier, was identified as Egyptian-born Abdullah Reda Refaie al-Hamahmy, 28.

The incident on Thursday comes a day after the German finance ministry in Berlin also intercepted a parcel bomb sent to Finance Minister Wolfgang Schaeuble on Wednesday. The package contained low-grade explosives, like those used in firecrackers.

Mailroom employees at the ministry quickly identified the package as suspicious and called in explosives experts, who destroyed it with a controlled explosion.

“The package contained an explosive mix,” Berlin Police said in a statement. “It was designed to cause severe injuries when the package is opened.”

A Greek far left group called the Conspiracy of Fire Cells said on its website that it had sent the device.