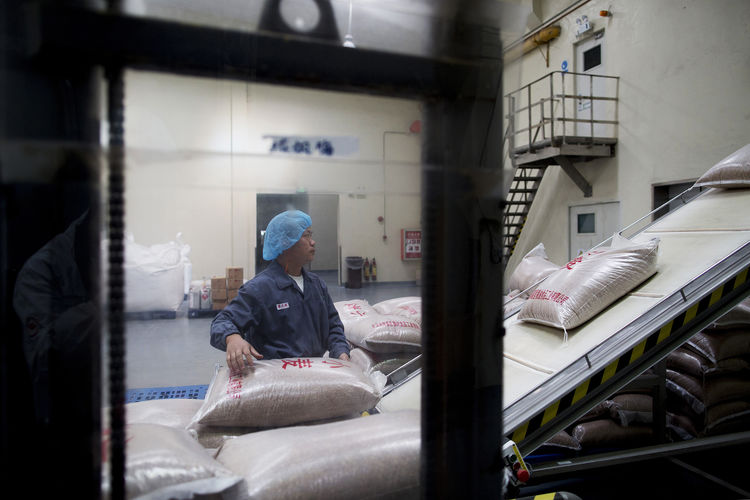 Losses sustained by the industrial goods sector, which turned out to be the only sector that recorded negative return last week, has dragged activity in the equities market to a negative close.

At the end of the trading session last week, the sector recorded 2.33 per cent negative return, thereby dragging the equities capitalisation down by N83 billion.

This was as a result of the negative disposition by investors to the shares of Dangote Cement Plc, an industrial goods giant and the single most capitalised stock on the Nigerian Stock Exchange, NSE, last week. The company’s shares fell by N8.44 or 4.99 per cent to close at N160.55 per share.

As a result, the market capitalisation slumped by N83 billion to close at N 8.656 trillion, while the All Share Index declined to 25,012.08 points, representing 0.94 per cent decrease.

However, all other sectors finished higher during the week with the oil and gas sector appreciating the most (4.51 per cent) propelled by in Seplat Petroleum Development Company Plc which rose by N30.00 or 8.11 per cent and Oando Plc that appreciated by N0.25 or 5.31 per cent.

The consumer goods sector followed by 0.84 per cent appreciation driven by gains in Nestle Nigeria Plc, that appreciated by N54.42 or 10.25 per cent, while the banking and insurance sectors rose by 0.77 per cent and 0.40 per cent respectively.

Trading in Zenith International Bank Plc, Continental Reinsurance Plc and United Bank for Africa Plc, measured by volume, accounted for 738.698 million shares worth N6.910 billion in 4,205 deals, contributing 53.24 per cent and 50.34 per cent to the total equity turnover volume and value respectively.