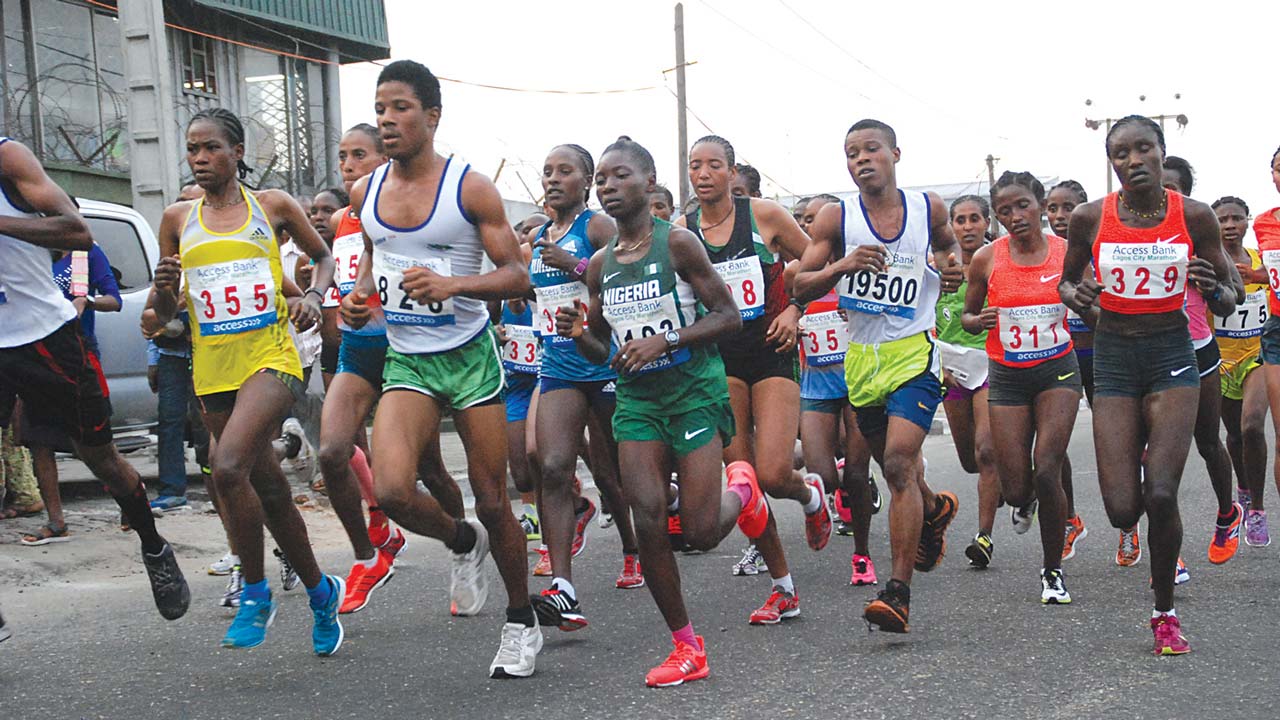 A total of 55,000 local and foreign runners and 30 Wheelchair athletes will battle for the various cash prizes at stake, as the second Access Bank Lagos City Marathon holds this morning.

Organisers of the event announced yesterday in Lagos that among the competitors are 64 elite professional athletes and 102 Nigerians.

Speaking at a conference heralding the event yesterday at Eko Hotel and Suites, Lagos State Governor, Mr. Akinwunmi Ambode, who was represented by the Chairman, Lagos Sports Commission, Deji Tinubu said that today’s marathon would be different from the first edition.

“Everything have been put in place to make this second edition bigger and better,” Ambode said. “All the agencies and people involved to make it a huge success have been fully mobilised. We want to use the marathon to show to world that Lagos is safe and a choice destination for sports, tourism and entertainment.”

President of Athletic Federation of Nigeria (AFN), Chief Solomon Ogba said that prize money for subsequent editions of the Access Bank Lagos City Marathon would be increased to challenge the Dubai marathon. “We attempted to increase the prize money for this year but the dollar rate was so high,” Ogba said.

He said that the President of Athletics South Africa, Qatar, Oman and Mozambique are already in Lagos to be part of today’s marathon race. The Chief Executive Officer of NILAYO Sports Management Ltd, the official consultant to the Access Bank Lagos City Marathon, Bukola Olopade, said that some of the lapses noticed in last year’s event had been taken care of. “We will organize a marathon event that every Nigerian, particularly Lagosians will be proud of,” Olopade said.

General Manager of the Marathon, Yusuf Ali disclosed that over 300,000 bottle water had been provided for the athletes, adding that 20 water stations and nine refreshment base are arranged along the route for the runners.