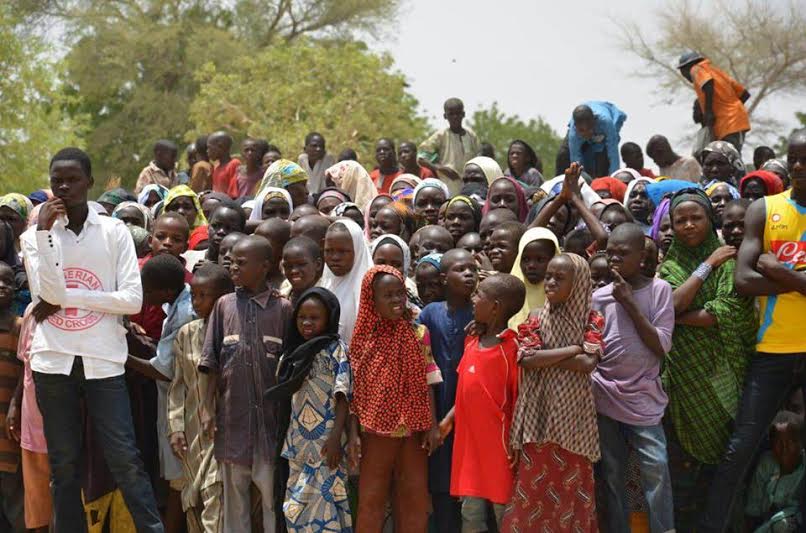 Several people are feared dead after a military plane mistakenly dropped a bomb inside the Rann IDP camp in Borno State.

A source at the camp told PREMIUM TIMES that at least hundred people were injured and needed to be evacuated to hospitals.

At least two people are feared dead from the incident and the injured included officials of the Doctors without Borders, MSF.

The military spokesperson, Rabe Abubakar, a brigadier general, confirmed the incident but explained that it was an error that the military deeply regretted.

He explained that soldiers got information of movement of Boko Haram members and deployed ground troops and air cover to tackle the terrorists.

It was the air support that mistakenly dropped the bomb, he said.

PREMIUM TIMES learnt that the state government has already ordered all hospitals in Maiduguri to be prepared to receive and promptly treat the injured.

Also, an International Red Cross, ICRC, helicopter has been deployed to the camp to evacuated the wounded to the various hospitals.

The Theatre Commander of Nigerian forces in Borno, Lucky Irabor, a major general, also confirmed the attack at a press conference.

“This morning today, we received reports about gathering of Boko Haram terrorists somewhere in Kala Balge Local Government area of Borno State. We got a coordinate and I directed that the air should go to address the problem.
“Unfortunately the strike was conducted but it turned out that the locals somewhere in Rann were affected.

“We are yet to get the details of the casualties. But we have some civilians that have been killed, others are wounded and we also have two of our soldiers that were also wounded. Among some that are wounded are local staffs of the Medicine Sans Frontiers as well as ICRC,” he said.