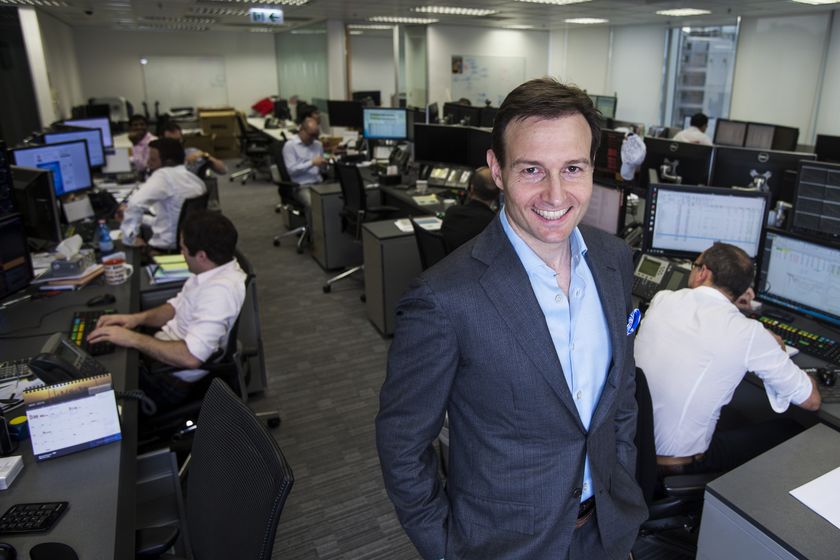 Last year, Benjamin Fuchs’s $2 billion hedge fund prospered by betting against a sudden yuan devaluation. Now, he says forces are lining up that are increasing the odds of steep declines.

By repeatedly tightening capital controls, China risks eroding confidence in its currency, said Fuchs, chief investment officer at BFAM Partners (Hong Kong). At the same time, the dollar’s advance against the yen and other currencies is increasing competitive pressure on China to let the yuan depreciate, he said in an interview.

China’s August 2015 devaluation threw global markets into turmoil and triggered a surge in wagers a follow-on move was imminent. BFAM’s bet that yuan weakening would be more gradual helped power the fund to an estimated 17.5 percent gain last year, said a person with knowledge of the matter. Now, however, the increased pressure on Beijing to allow bigger exchange-rate moves is partly self-inflicted, according to Fuchs.

Seeking to fight off yuan bears, Chinese authorities in the past week have taken steps to support the exchange rate, including encouraging state-owned enterprises to sell foreign currencies, according to people with knowledge of the matter. The yuan gained 1 percent on Thursday in Hong Kong, capping the biggest two-day advance in data going back to 2010. Meanwhile, a jump in the overnight deposit rate in the city made bearish yuan trades more costly.

Donald Trump’s election as the next U.S. president in November has fanned anticipation of increased fiscal spending and tax cuts, driving a dollar rally. Meanwhile, as China’s capital outflows have approached $1.7 trillion since the start of 2015, according to Bloomberg Intelligence estimates, Chinese policymakers have made it harder for local firms to buy overseas assets and take the yuan offshore. They have also repeatedly tightened curbs on citizens’ ability to move money abroad.

Some investors were betting on a large yuan devaluation last year as concern mounted the Chinese economy was headed for a hard landing. BFAM has made money taking the opposite side of the most bearish wagers, anticipating a more gradual depreciation. The yuan slid 6.5 percent against the greenback in the onshore market and 5.8 percent offshore last year.

Fuchs’s trades have made BFAM a standout among Asia’s hedge funds, who eked out an average 1.1 percent gain last year, according to preliminary data from Singapore-based Eurekahedge. BFAM returned 11 percent in 2015. Fuchs declined to comment on fund performance.

The yen has tumbled 8.6 percent since the U.S. election, while the yuan has slipped 1.2 percent onshore and is little changed offshore. The Korean won weakened more than 3 percent and the Malaysian ringgit depreciated 5.5 percent.

Fuchs expects long-term dollar-interest rates to rise much faster than short-term rates over the coming years, a phenomenon known as a steepening yield curve. As the Federal Reserve accelerates the pace of rate increases, that could put pressure on commercial real estate, he said. Life insurers and pension funds that have invested heavily in commercial property, as well as banks that lend to such projects, may get squeezed because rents won’t rise quickly enough to compensate for higher long-term interest rates, according to Fuchs.