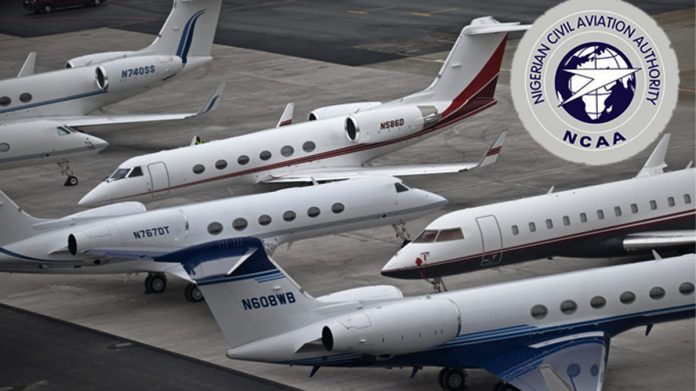 The scarcity of aviation fuel in Nigeria may be far from being over as oil marketers have said they do not have enough foreign exchange to import the product.

The Executive Secretary, Major Oil Marketers Association of Nigeria, Mr. Obafemi Olawore, in an exclusive interview with our correspondent, said, “As long as we don’t have forex, it becomes difficult for us to import. Give us forex and we will be able to bring more.”

He said the government could not bridge the supply gap for aviation or Jet A1 as done for petrol because of the shortage of forex.

“Government doesn’t have enough. If they give forex to petrol and to aviation fuel, it will affect other sectors. Now, it is even affecting the aviation sector. So, we are saying the government should try and manage it well so that we will have some forex to bring in aviation fuel.”

The MOMAN executive secretary said the arrangement with international oil companies for the provision of forex was for the importation of petrol.

This month, the CBN has asked banks to submit bids for a “special currency auction,” targeting fuel importers to meet demand for matured letters of credit.

He, however, said the rate at which marketers were getting the funds was quite exorbitant and that was why the price of aviation fuel was high.

“If there is adequate provision of foreign exchange at a reasonable rate that can bring down the price of fuel, then the landing cost will also drop,” he said.

The marketers are also asking the Federal Government to pay them the foreign exchange differentials for the petrol imports they have made.

Olawore said said, “We will be glad if all our outstanding foreign exchange differentials and interests are all paid immediately.

“That will also help us to go to the market to look for forex.”

On May 11, the government announced a new petrol price band of N135 to N145 per litre, which signalled the end of fuel subsidy.

Prior to the increase from N87 per litre, the nation had suffered a prolonged and severe petrol scarcity as marketers complained that they could not access forex to import.

The new price band was based on an exchange rate of N285 against the dollar, reflecting the depreciation of the naira on the black market, where the currency was trading around 320 to the dollar.

The Central Bank of Nigeria on June 20 floated the naira as it abandoned its 16-month-old peg at 197 to the dollar, effectively devaluing the local currency.

In spite of the liberalisation of petroleum products and government intervention to ease marketers’ access to forex, the Nigerian National Petroleum Corporation remains the major importer of fuel, especially the Premium Motor Spirit, popularly known as petrol.

Fuel shortages often occur in the country during festive periods such as Christmas and Muslim holidays. But there has been no scarcity of petrol this Yuletide.

Commenting on this, Olawore said, “First, the NNPC has imported much. The second reason is that demand has fallen drastically. Demand has fallen nationwide; people that were filling their tanks are no longer doing so.

“So, every marketer is suffering from low demand and because of that the quantity in the market is enough for now.”

He attributed the decline in demand to the recent price hike, saying, “Not many people can afford it.”

On the forex differentials, Adewole said, “We concluded transactions on the PPPRA imports at the rate of N197/dollar. Naira was devalued and it became what it is today. We have Letters of Credit that have matured and that we have not liquidated.

“And because government paid us at the rate of N197/dollar, we are saying that whether the naira is devalued or not, that is the rate at which we must get dollars to liquidate those LCs because that was the basis of their calculation and payment to us.”

He said the payments for the transactions from December 30, 2014 to September 2015 were delayed.

“The government was supposed to pay within 45 days, but this was not done. The naira was devalued and the government has to bear the difference because we submitted our papers but it did not pay. If it had paid as and when due, we might have liquidated all the LCs because the naira component of the products, which we sold is with us in our banks.

“We only need that of the government to add to it and pay the suppliers. So, that foreign exposure to foreign banks through our local banks is still there and we are asking government to give us dollar at N197.

He said the delay in the payment of the outstanding forex differentials was hampering importation “because a lot of marketers’ funds are tied down.”