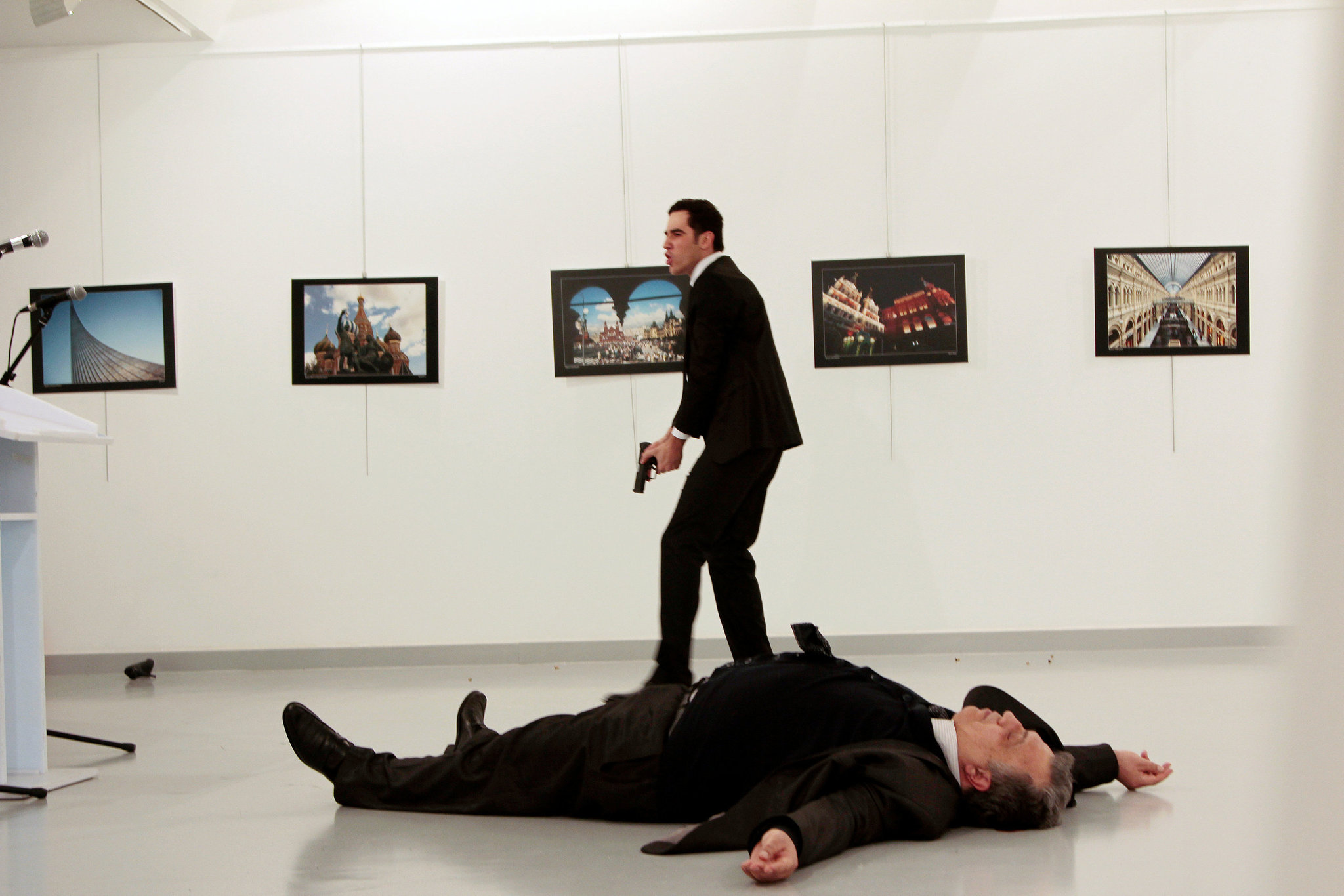 Russian ambassador to Turkey was assassinated on Monday in what leaders of both nations called a provocative terror attack at undermining current progress between both nations.

Ambassador Andrey Karlov’s shooting was captured in real time in photos and video that quickly spread through the Internet worldwide.

The assassination comes at a time of improved relations and increased cooperation between Russia and Turkey. Leaders of both countries vowed to not let the assassination cast a shadow over that friendship. It also comes during a pivotal moment in Syria, where Russia has been instrumental in President Bashar al-Assad’s push to retake rebel-held parts of Syria.

In televised remarks, Russian President Vladimir Putin said the killing was a clear “provocation” aimed at undermining not just the normalization of Russia-Turkish relations but the “peace process in Syria” promoted by Russia, Turkey, Iran and other countries.

“The only response we should offer to this murder is stepping up our fight against terror, and the criminals will feel the heat,” he said.

“But the Russian government and the Turkish republic have the will to not fall into that provocation.”

The gunman, identified as police officer Mevlut Mert Altintas, was killed in the attack, according to various news organizations including Reuters. CNN initially reported the officer was off-duty at the time of the shooting, but Turkish government statements left his duty status Monday unclear. He was born in 1994 in the town of Soke in Turkey’s Aydin province, Turkish Interior Minister Suleyman Soylu said.

The attack occurred at the Cagdas Sanat Merkezi modern arts center in the heart of Ankara, a posh neighborhood of luxury hotels and foreign embassies — including the US and Russia — a short walk to Turkish parliament.

Karlov, envoy to Turkey since 2013, was invited to speak at a photography exhibit opening featuring the work of Turkish photographers in the Russian countryside.

The longtime diplomat had begun to speak when Altintas, wearing a dark suit tie, fired shots in rapid succession, according to multiple witness accounts.

The ambassador fell to the floor. The gunman circled his body, visibly agitated as he smashed photos hanging on the wall, said Associated Press photographer Burhan Ozbilici, who captured the incident.

“Only death will remove me from here. Everyone who has taken part in this oppression will one by one pay for it,” he said.

“The important thing is to understand who is behind this crime,” he said. “We are convinced that the main goal of those who planned this barbaric act [is] to undermine the process of normalization of relations between Russia and Turkey, largely in order to prevent an effective fight against terrorism in Syria. This goal is futile. It will not work.”

In a separate incident hours later, Turkish police arrested a man who fired into the air with a shotgun outside the US Embassy in Ankara, according to Turkey’s state news agency Anadolu. Video fed by Turkish video news agency IHA showed a handcuffed man being led by security officers into an unmarked police car as he shouted “I swear to God. Don’t play with us,” in Turkish.