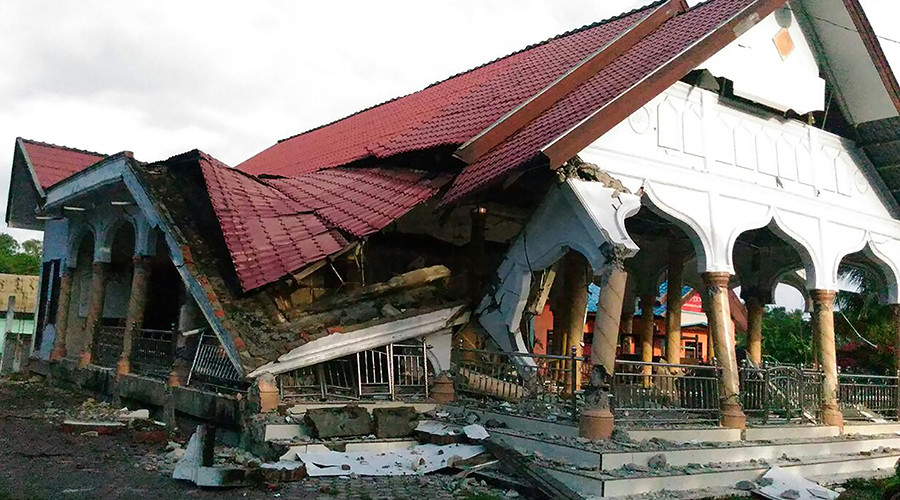 JAKARTA, Indonesia — Nearly 100 people were killed early Wednesday and more were feared dead after a powerful earthquake struck the Indonesian island of Sumatra, with many of the victims crushed to death in their homes as they slept.

The earthquake, which shook Sumatra’s northernmost province, Aceh, had a preliminary magnitude of 6.5, according to the United States Geological Survey.

The Indonesian Meteorology, Climatology and Geophysics Agency said that the temblor, which struck after 5 a.m. at a depth of about six miles, was centered in Pidie Jaya, a region on Aceh’s east coast, adjacent to the Strait of Malacca.

Sutopo Purwo Nugroho, a spokesman for the National Agency for Disaster Management, said at least 94 people had been killed and 617 injured, 128 of them seriously.

Search-and-rescue teams were arriving in the area, said Connie Magdalena, a duty officer at the National Search and Rescue Agency’s headquarters in Jakarta, the capital.

“We are still searching for victims, for survivors. We still don’t have an exact number,” Ms. Magdalena said.

She said the agency was having difficulty communicating with its rescue teams, which were scouring through rubble across Pidie Jaya, about 70 miles southeast of the provincial capital, Banda Aceh, looking for survivors and victims.

“Our rescue teams in the field are also evacuating the injured,” Ms. Magdalena said.

Mr. Sutopo said that panicked residents in Pidie Jaya had run for their lives from homes and other buildings. At least five aftershocks were felt after the quake, he said.

Mr. Sutopo said that more than 160 homes and more than 100 buildings, including 14 mosques and a school, were damaged.

Medical teams were transferring some survivors to the town of Sigli, the capital of the neighboring region of Pidie, because of overcrowding at hospitals in Pidie Jaya, The Jakarta Post reported.

Aceh was devastated by the 2004 Indian Ocean tsunami that was caused by a giant earthquake off its western coast. The disaster killed 230,000 in more than a dozen countries, 170,000 of them in Aceh Province alone.