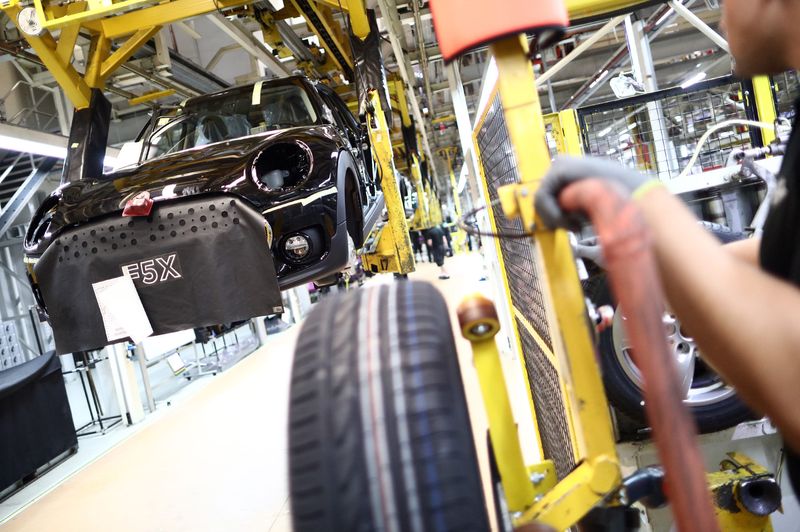 U.K. unemployment fell to its lowest rate in 11 years in the third quarter but there are signs that the labor market is slowing in the wake of the Brexit vote.

The jobless rate fell to 4.8 percent from 4.9 percent in the second quarter, the Office for National Statistics figures Wednesday show. But the economy added only 49,000 workers, half the number expected and down from a 172,000-increase in the previous three months.

“Unemployment is at its lowest for more than 10 years, and the employment rate remains at a record high,” ONS statistician David Freeman said in a statement. “Nonetheless, there are signs that the labor might be cooling, with employment growth slowing.”

There were also signs that rising inflation is taking its toll on living standards, as real wages grew just 1.7 percent in the third quarter, matching the slowest rate since February 2015.

A cooling jobs market and rising prices threaten to undermine consumer spending, which has driven almost four years of economic expansion. Uncertainty as Britain negotiates its split from the European Union is expected to hit hiring and investment, making it hard for workers to negotiate significant pay increases.

Unemployment fell by 37,000 to 1.6 million as the economy registered little increase in the economically active workforce. Jobless claims — a narrower measure of unemployment — increased for a third month in October. They gained 9,800, the biggest rise since May, following an upwardly revised 5,600 increase in September.

“Today’s figures confirmed the indications from the surveys that the Leave vote is starting to sap the jobs recovery of its previous strength,” said Ruth Gregory, an economist at Capital Economics Ltd. in London. “The weakening in the employment surveys suggest that employment growth will probably slow further. This moderation should prevent wage growth from picking up in coming months.”

Average-earnings growth stayed at 2.3 percent in the three months through September, though the rate excluding bonuses picked to 2.4 percent from 2.3 percent.

The pressure on real wages is expected to intensify, with some economists predicting inflation could reach almost 4 percent next year as the 12 percent fall in the pound since the Brexit vote drives up import costs.

The Bank of England has said it is prepared to tolerate inflation above its 2 percent target for now. Much will depend on whether cost pressures in the labor market remain subdued.

That in turn partly depends on whether Britain can improve its poor productivity performance. New figures from the ONS Wednesday showed output per hour rose just 0.2 percent in the third quarter, compared with a 0.6 percent increase in the previous three months.