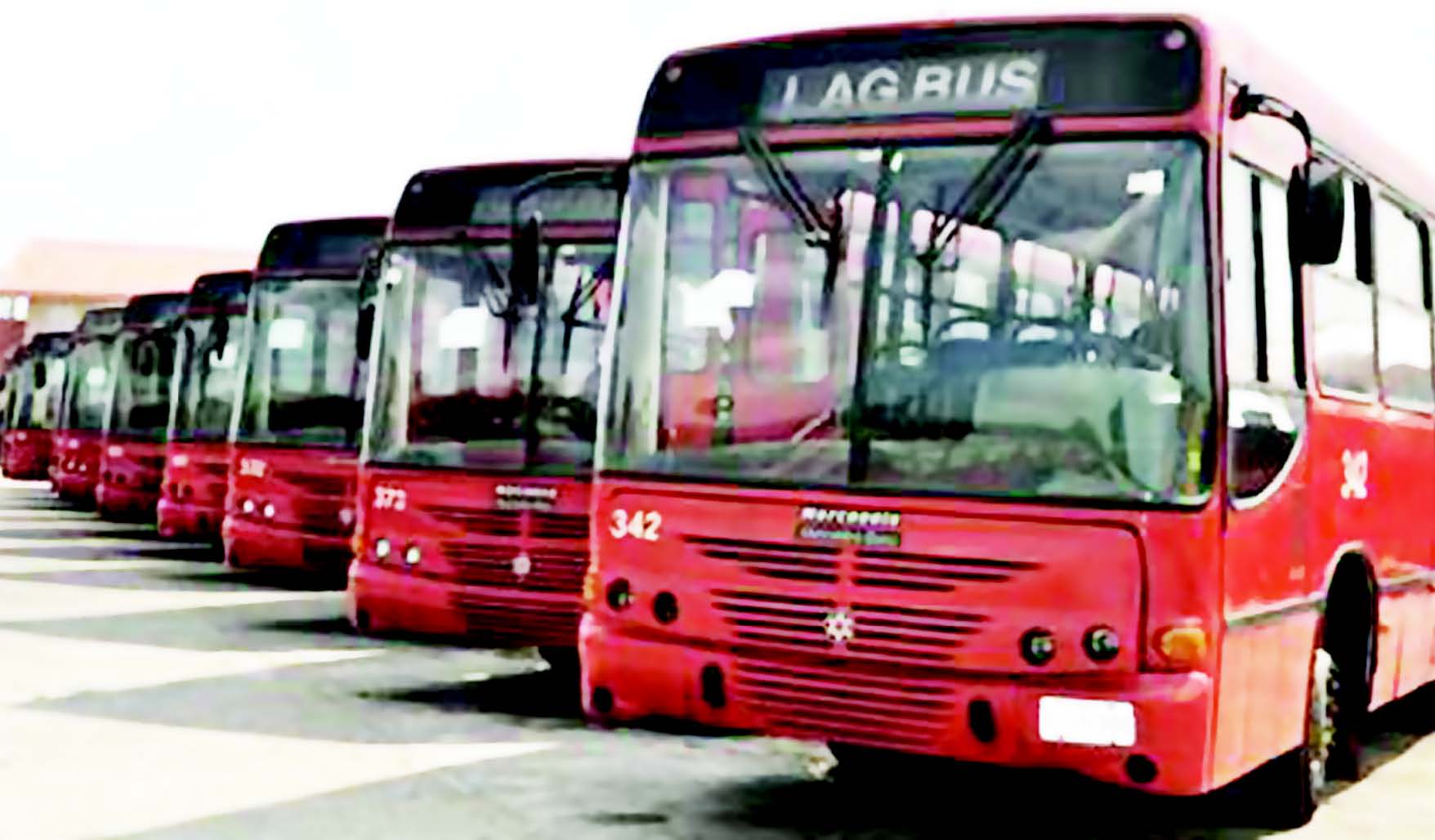 Hundreds of commuters in Lagos were on Monday stranded at various bus stops in due to strike embarked on by operators of Lagbus Asset Management Ltd.(LAGBUS).

The News Agency of Nigeria (NAN) reports that some commuters, who were caught unawares by the strike, said they would return home as they could not afford the sudden hike in transport fares by other commercial buses.

Mr Amusa Johnson, a civil servant, told NAN that he was at the bus stop since 6.00 a.m waiting for the red buses before he later found out that they were on strike.

“Public transporters such as the “danfo” buses immediately increased their fares because of the number of commuters stranded at the bus stops,’’ Johnson said.

Mrs Omolara Akinjuyi, a trader at Idumota market, described the situation as “unfortunate and pathetic”.
Akinjuyi also said that other commercial buses took advantage of the situation to increase their fares by about 70 per cent which resulted to some people returning to their various homes.

“When I saw the magnitude of people stranded at the bus, I decided to go back home because I cannot afford the fares charged by other commercial buses,” Akinjuyi said.

Mr Alex Nwanko, an apprentice, said that he decided to go back home as the situation was unbearable.

“We have been standing here for two hours now, even the Blue buses that are on ground cannot be enough for all the passengers.
“Some passengers have been on the queue since early morning till now, waiting for the blue buses that have not gone,’’ he said.

Another commuter, Mrs Tokunbo Aladesomo, appealed to the state government to urgently find solution to the matter.
She said this would assist in easing the problems of commuters and also checking transport fares.

“We are begging the state government to come to our aid and end this situation as you know if price of anything goes up, it doesn’t come down,” she said.
When NAN visited the office of the company, a senior official of LAGBUS said that the management would soon resolve the issue, adding,

“ the situation is currently under control.’’
Banners with various inscriptions were displayed at the company’s premises.

Some of the banners read: “All LAGBUS will no longer use the dedicated BRT lane between Ikorodu and CMS because they are not paying the expected maintenance fees for the corridor.

“On-board sales of pax tickets will cease on all LAGBUS red buses, Ticket will be sold prior to passenger boarding.

“All LAGBUS red buses will not be allowed to drop or pick passengers on the road along Ikorodu Road/ Western Avenue.

“LAGBUS will only operate express service between Ikorodu and Oshodi and the first stop will be Anthony.

“LAGBUS will only operate express service between the Ikorodu, Ojubode and Obalende.

“All LAGBUS red buses operating from Oshodi to Obalende will only travel via Third Mainland Bridge”.