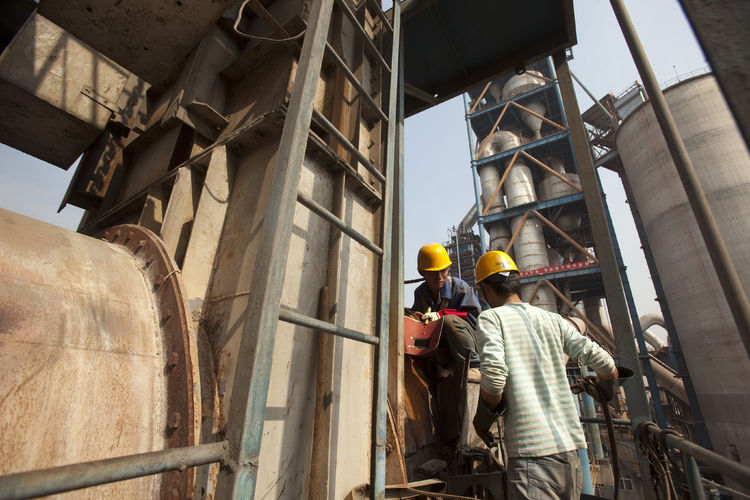 The president, Nigerian Society of Engineers (NSE), Dr Ebenezer Damisa, has stressed the need for Nigeria to strengthen its mining institutions to curb illegal importation of raw materials as he says the country still imports 75 per cent of its requirements for cement production.

The president stated this while speaking with journalists at the 16th Annual General Meeting and Conference of the NSME which started in Abuja, yesterday, with the theme, “Mining Industry and Nigeria’s Economic Diversification.”

According to Damisa, “As at today about 75 per cent of the requirement of gypsum used for cement production is still imported into the country and we think that the money used to the importation, if given to local miners, will produce more and after a while there won’t be need for importing.

“I stress the need to strengthen the institutions because once that is done they will be able to monitor what is going on around them. If you go to the mines’ offices all over the country there are no vehicles to do the job required of them. First of all, I think that there is the need to strengthen mining institutions, such as the ministry as there are departments in the ministry that were created and yet for one reason or the other are not functioning optimally. Examples are the Mines Inspectorate Department, Mines Environmental Compliance and Artisanal and Small Scale Mining Department (ASM). I want the ASM to be strengthened and artisanal miners formalised so that they can form cooperatives because as at now very few of them have formed cooperatives. When this is done we can conveniently monitor their activities and ask them to pay taxes. If government can ensure this then the country can benefit maximally from their activities.

“Not much proper mining is going on today most mining activities going on in the country today are carried out by artisanal miners, but what we require to move on are big time mining companies that should come in and then contribute much more to the government. The artisanal miners do not pay taxes, but big companies must because they are the ones known and from their activities will have money to generate revenue for the government.

“Before the discovery of oil, solid minerals was the major contributor to the gross domestic product (GDP) of our country and in terms of employment, it was only second to agriculture. Today, unfortunately, it is no longer like that. This is unacceptable and we must do everything possible to ensure that it takes its rightful place again in contributing much more than that.”

Speaking on the neglect of the sector, he said, “We can start from the time the country had the indigenisation policy in the early 1970s. The expatriates left Nigeria with their technologies and since then things have not been the way they should be. At that time the solid minerals contributed nothing less than 5 per cent to the GDP, but today, it contributes less than 1 per cent. In actual fact, it contributes less than 0.33 per cent. In 2015 the sector contributed just about N450 billion to the economy.”

Speaking on government’s commitment to develop the sector, the NSE president stressed the need for government to be committed to implementing the road map as well as ensure the effective disbursement of the N30 billion solid minerals development fund.