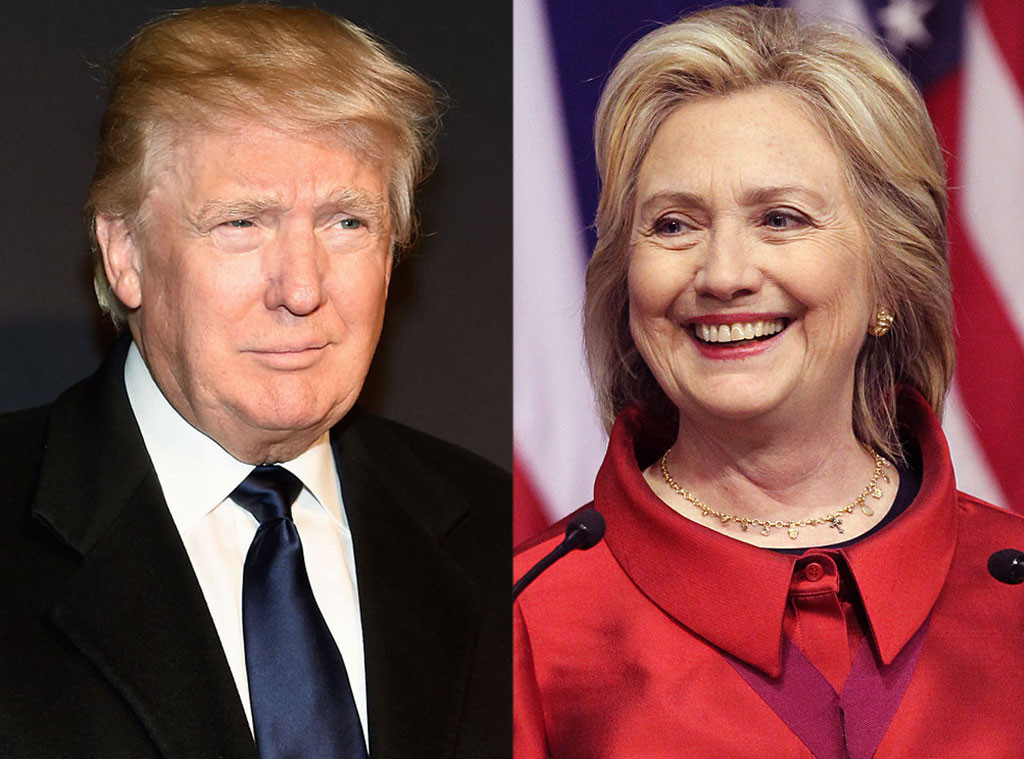 Shares in Europe slumped for the eighth consecutive day and futures foreshadowed a seventh day of losses for U.S. equities. Currency markets also reflected the growing unease in financial markets, with the yen and Swiss franc strengthening, and Mexico’s peso, seen as a barometer of the election, extending its biggest decline since July. Gold climbed to a one-month high and Treasuries rose as the looming election pushed a Federal Reserve policy decision into the background. Crude oil fell after a report showed American stockpiles expanded.

In a sign of fraying nerves, a Bank of America Corp. index tracking volatility has jumped 64 percent since it touched its lowest level in two years last week. That’s as Democratic presidential contender Hillary Clinton has seen her odds of winning the Nov. 8 U.S. presidential election falter after an FBI examination into her e-mails was restarted Friday. In an open letter on Tuesday, 370 economists, including some Nobel laureates, warned that Trump is “a dangerous, destructive choice,” because he “promotes magical thinking and conspiracy theories,” a statement that was quickly denounced by a top adviser as out of touch with reality.

“This is a year of surprises and backlash against convention,” said Paul Wildman, an analyst at Avalon Capital based in London. Trump “leans toward more protectionism,” he said.

The MSCI All Country World Index of shares slipped 0.2 percent as of 7:54 a.m. in New York, set for the lowest close since July 12. The Stoxx Europe 600 Index fell 0.4 percent, with almost all industry groups down. Automakers slid the most as the euro strengthened versus the dollar, potentially harming exports, while financial firms also tumbled. The MSCI Asia Pacific Index fell by the most since September, with Japanese shares retreating from a six-month high before the nation’s financial markets shut Thursday for a holiday.

Europe’s VStoxx Index added 1.6 percent, taking its advance into an eighth day, the longest streak in more than five years. Still, the measure of volatility expectations is in line with its average over the last year, and other measures of risk are below the highs seen when Britain voted to leave the European Union in June.

An ABC News/Washington Post tracking poll on Tuesday showed Trump, a Republican, with 46 percent support to Clinton’s 45 percent, putting him ahead for the first time since May. Futures on the S&P 500 Index fell 0.3 percent.

“The Trump risk is in revival,” said Chihiro Ohta, a Tokyo-based senior strategist at SMBC Nikko Securities Inc. “With Trump, there always follows an uneasiness over whether policies will be managed properly in the U.S.”

The yen climbed 0.7 percent against the dollar, after surging 0.6 percent in the last session. The franc also added 0.4 percent following a 1.4 percent jump that marked its biggest gain in about five months.

Mexico’s peso slid 0.8 percent versus the greenback and touched its weakest level since Sept. 30. The currency tends to lose ground when support builds for Trump, who has said he would revisit the North American Free Trade Agreement that governs commerce between the U.S. and Mexico.

The won dropped as much as 1.1 percent to its weakest level since July as South Korean President Park Geun-hye replaced her prime minister and finance chief on Wednesday to help stem the fallout from a political scandal that threatens her grip on power.

South Africa’s rand rallied as much as 1.7 percent to a five-week high after President Jacob Zuma withdrew a court application to halt the release of a graft ombudsman’s report into allegations the Gupta family, who are his friends, had too much influence over the government.

The kiwi gained 1.3 percent after New Zealand’s jobless rate unexpectedly fell to the lowest level since 2008. A tightening labor market could help Reserve Bank of New Zealand Governor Graeme Wheeler lift inflation back to the middle of his 1-3 percent target band, negating the need for further policy easing.

Gold added 0.6 percent, after a 0.9 percent gain on Tuesday. Before the FBI letter to Congress came out, futures had been stuck in a narrow trading range, with price swings measured by the 60-day historical volatility near the lowest in almost two years.

The Bloomberg Industrial Metals Subindex fell for the first time in eight days, as zinc retreated from a five-year high in London and aluminum slid from its highest close since June 2015.

Haven demand boosted sovereign bonds, with 10-year yields falling across most of the developed world.

The yield on Treasuries due in a decade fell three basis points to 1.80 percent, after touching a five-month high of 1.88 percent in the last session. It’s unlikely the rate will climb too far past 2 percent anytime soon given how the American economy is performing, according to Jim Caron at Morgan Stanley Investment Management, which oversees $406 billion.

While the Fed is expected to leave interest rates unchanged when a two-day meeting concludes Wednesday, futures indicate a 68 percent chance of a rate hike by year-end and investors will be on the lookout for any hints the authority may give regarding the policy outlook.