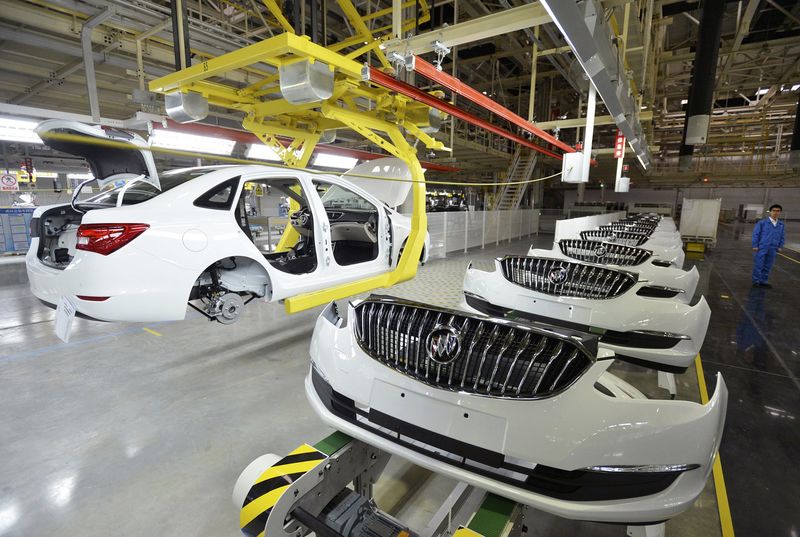 The official manufacturing Purchasing Managers’ Index (PMI), which measures large state-owned factories, came in at 51.2 for October, official data showed. That snapped two months of flat readings and beat market estimates; a Reuters poll of 26 analysts had forecast 50.4, unchanged from August and September.

Meanwhile, the Caixin manufacturing PMI rose to 51.2 in October, the fastest pace of improvement since March 2011. A rebound in new order growth amid stronger demand helped the gauge, Caixin said in a statement. The Caixin report focuses on mid-size companies not included in the official survey.

Manufacturing’s contribution to overall growth has been slipping over the years as Beijing transitions its economy from industry to consumption, accounting for around 40 percent of gross domestic product. Services, on the other hand, now makes up more than half of the economy and the sector, which includes real estate, restaurants, and e-commerce, has been on a steady upwards climb.

The government’s official services PMI rose to 54.0 in October, from 53.7 in September and 53.5 in August, a separate survey revealed on Tuesday.

All three data sets added to a rising sense of economic stabilization on the mainland. Annual growth remained steady at 6.7 percent in the second and third quarters, while September producer price prices increased for the first time in nearly five years.

But the recovery itself is cause for concern as it was driven primarily by significant credit expansion, especially within property and infrastructure, he warned.

The country has experienced rapid gains in property prices this year, after the government introduced measures earlier this year aimed at boosting home sales and reducing developers’ large inventories. Fears of a market bubble, however, recently prompted officials to announce a flurry of cooling measures in more than 20 cities.

Garner was also cautious. “What we have to figure out is where the economy is going in 2017, we expect the current strength to moderate by the middle of next year,” he said.

Zhengsheng Zhong, director of macroeconomic analysis at CEBM Group, thought likewise: “The economy seems to be stabilizing for the moment, owing primarily to policies implemented to sustain growth. Supportive policies must be continued, or industrial output may be dragged down by a slowdown in investment.”

Market reaction to all three reports was muted, with Shanghai and Hong Kong shares trading flat.