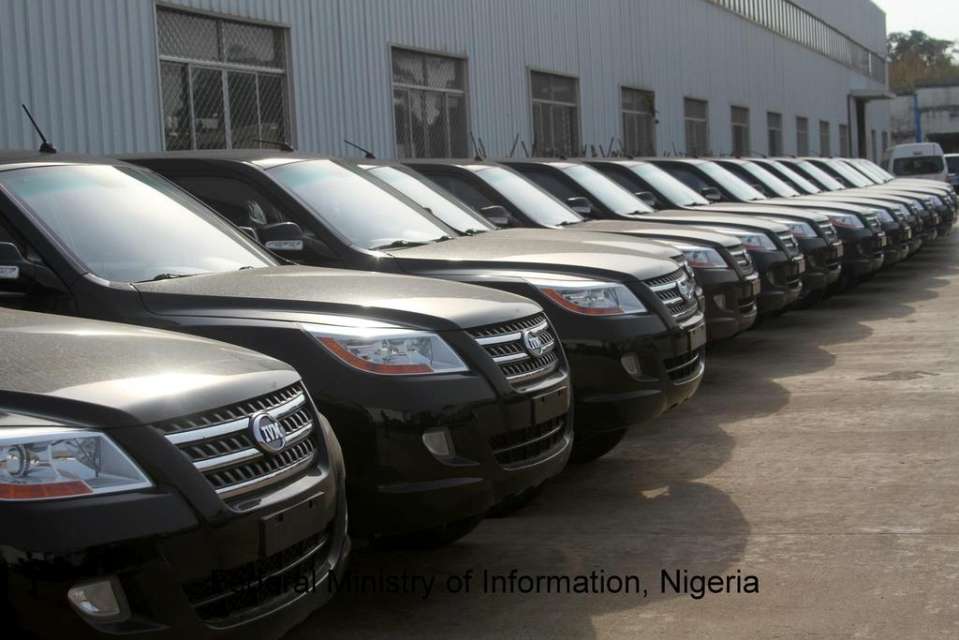 Innoson Group, Nigeria’s foremost indigenous motor manufacturing company has raised the alarm over what it described as sponsored and calculated smear campaign against it and its Executive Chairman, Dr Innocent Chukwuma, by some unscrupulous interest group.

In a statement signed by Mr. Cornel Osigwe, Public Relations and Media Manager of Innoson Group, the company said that contrary to report sponsored in the media to bring the name of the company and its promoter into disrepute, no new case was filed against it by the current Inspector General of Police, Mr. Ibrahim Idris.

Citing a letter dated February 17, 2016, the firm stated that the police had filed a notice of withdrawal of the case since February when the police got the full details of the matter, which is a business matter between Innoson Nigeria Limited and Guaranty Trust Bank.

In the statement which reads in part, the company said: “We are constrained to respond to fictitious news published recently by some news media channels purporting that the Inspector-General of Police, Mr. Ibrahim Idris, filed four counts of alleged N2.4bn shipping fraud against Innoson Nigeria Limited before a Federal High Court in Lagos.”

The company said it decided to respond to the malicious publication because it was aimed at maligning the reputation of Dr Chukwuma on the same period he was playing host to his strategic Chinese business partners with whom he visited Vice President Yemi Osinbajo at the State House, Abuja.

The Nation reliably gathered that at issue is that GTB had imposed excess and unlawful charges running into billions of naira on Innoson Nig Ltd’s current account with it just as it alleged that the bank fraudulently appropriated these billions of naira from Innoson’s account.

Finding no justifiable way of getting Innoson to abandon the aforesaid judgments, which as at today is over N10billion, given the post-judgment interest, or to let it pay a lesser sum to Innoson, GTB instigated the Police to initiate a trumped-up charge – Charge No: FHC/L/565c/2015 against Innoson Nig Ltd. This charge was filed on 21st December 2015. However, when the Inspector General of Police discovered that the charge was a trumped-up one – a ruse – he withdrew the charge through its Notice of Withdrawal dated 17th February 2016 and adequately filed in the court (a copy of the notice of withdrawal is attached herewith).

Subsequently, the Inspector General of Police urged the Court to strike out the charge, but for some strange reasons the court adjourned the matter rather than strike it out. After this but before the next adjourned date, Mr. Diri – the former Director of Public Prosecution, Federal Republic of Nigeria – wrote a letter claiming that the Attorney General of the Federation had taken over the case.

The said letter which was back-dated was never initialled by the Registrar or any officer of the Court nor filed at the Court’s Registry as required by law and practice was rather smuggled into the case file. This letter, coupled with other activities of Mr. Diri, led to his being relieved of his post as the Director of Public Prosecution.

“As it is now, the Inspector General of Police, whether former or present, has not filed any new charge against Innoson Nigeria Ltd and its managing director and Mr. J. I. Ajakaye who apparently is acting without any authority is not a Police Officer. The matter came up on Monday, 24th October, 2016 for the presiding judge to excuse himself from presiding over the charge and for same to be struck out having been withdrawn. Mr. Ajakaye never and did not serve any charge on the counsel representing the defendants in the matter. A charge is an originating process and can only be served on a defendant and not his lawyer. Again, Innoson’s lawyers do not have its instructions to accept any originating process including a charge on its behalf.”