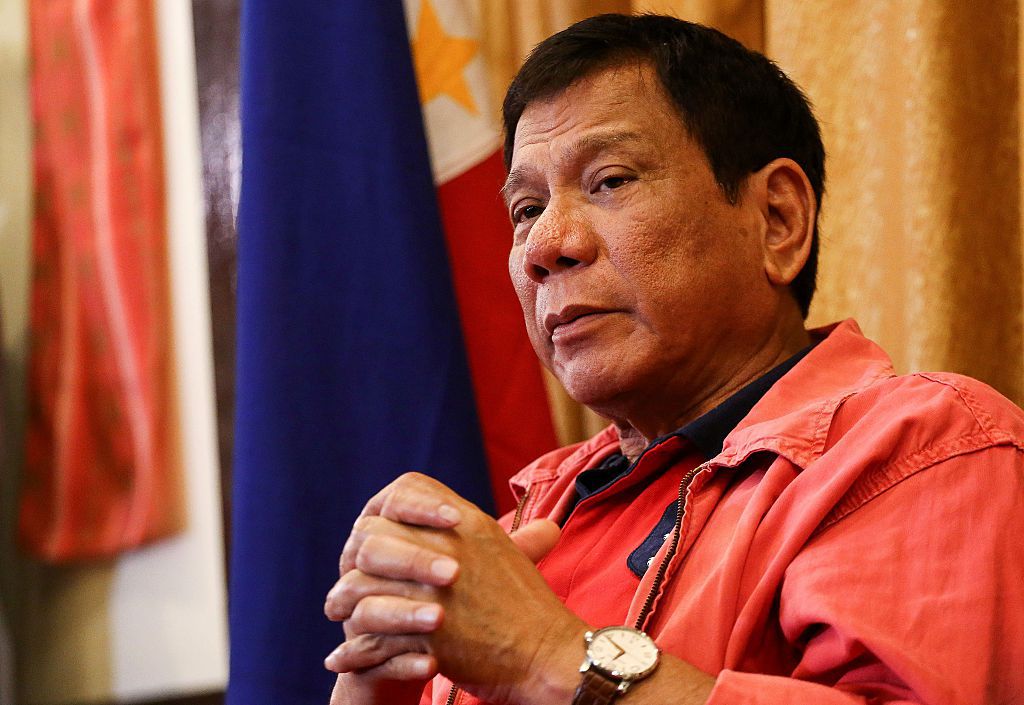 There is no doubt that Philippine President Rodrigo Duterte is not a fan of the US and that his harsh rhetoric against the country’s closest and oldest foreign ally is genuine.

Insisting that the Philippines will survive without US assistance and support, Duterte has refused to stop his foul-mouthed tirades against the US after declaring a “separation” from the country’s former colonizer during a visit to China last week.

“Even if we are just poor, do not fuck with our dignity,” he told a cheering crowd of Filipinos in Tokyo on Tuesday on the first day of his three-day visit to Japan.

Before leaving Manila, the 71-year-old president even threatened to revoke a defence pact which allowed US troops more access to the Philippines.

“Forget it,” he said, referring to the enhanced defence cooperation agreement signed in 2014.

“I do not want to see any military man of any other nation except the Filipino soldiers.”

While analysts agree that the Philippines needs to chart its own foreign policy, free from any outside interference, they warned that Duterte’s anti-Americanism could eventually hurt the country.

“The US is giving us some slack now,” professor of political science Aries Arugay from the University of the Philippines, told dpa.

“However, it doesn’t mean they will not punish us. The US as a superpower has always used the discipline and punish approach.”

“It will let you be, but there will be repercussions,” he added.

The US is one of the largest foreign investors in the Philippines, with investments totalling more than 730 million dollars in 2015.

It is also the country’s third-largest trading partner and home to over 3.4 million Filipinos, making them the second largest group of Asian immigrants in the US after those from China.

Before Duterte became president in June, the US pledged more than 120 million dollars in military aid, double the amount Washington normally gives each year.

Arugay noted it was not the first time the Philippines had distanced itself from the US, citing a 1992 Senate vote against extending the lease of American military bases in the country.

In 2004, the Philippines also withdrew its peacekeeping forces from Iraq, contrary to the US’ will, after a Filipino was abducted by rebels who threatened to execute him if Filipino soldiers were not pulled out.

“We were punished for that,” Arugay said. The US was not supporting us [for some time], forcing [then president] Gloria Arroyo to tilt towards China.”

Duterte said he was not worried about losing US aid and investment, noting that he would instead work to boost economic ties with China and Japan.

“We will survive,” he said. “Maybe at this time, not all Filipinos would look too kindly about my stand.

But in the years to come, the next generation, they would know that there is such a thing in this world as the dignity of the Filipino people.”

Businessmen and politicians have urged Duterte to be circumspect in his foreign policy pronouncements, with one lawmaker noting that the Philippines would be at the losing end if it completely broke from the US and cozied up to China.

Congressman Gary Alejano reminded Duterte of the territorial dispute between the Philippines and China over the South China Sea, where Chinese encroachment has prevented Filipinos from fishing in the area.

“The more the Philippine economy is exposed to China, the more our economy becomes dependent on them, the less our power to assert will be, pertaining to our territorial conflict in the West Philippine Sea,” Alejano said.

Arugay noted that while the majority of Filipinos love America, many also shared Duterte’s resentment over perceived unfair treatment which the country had received from the US.

“Even the most pro-American Filipino will admit that the Americans have not really given what is due to us,” he said.

Arugay said Duterte may only be hedging in his diplomatic play with the US, but warned he was playing a risky game if he continued to unleash anti-American attacks and later backtracks.

“What is being jeopardized is our ability to make credible commitments,” he said.

“Who will believe us if we keep on changing our stand. If this continues, our ability to credibly commit to anything in the international arena will be questioned and we will not be taken seriously.”