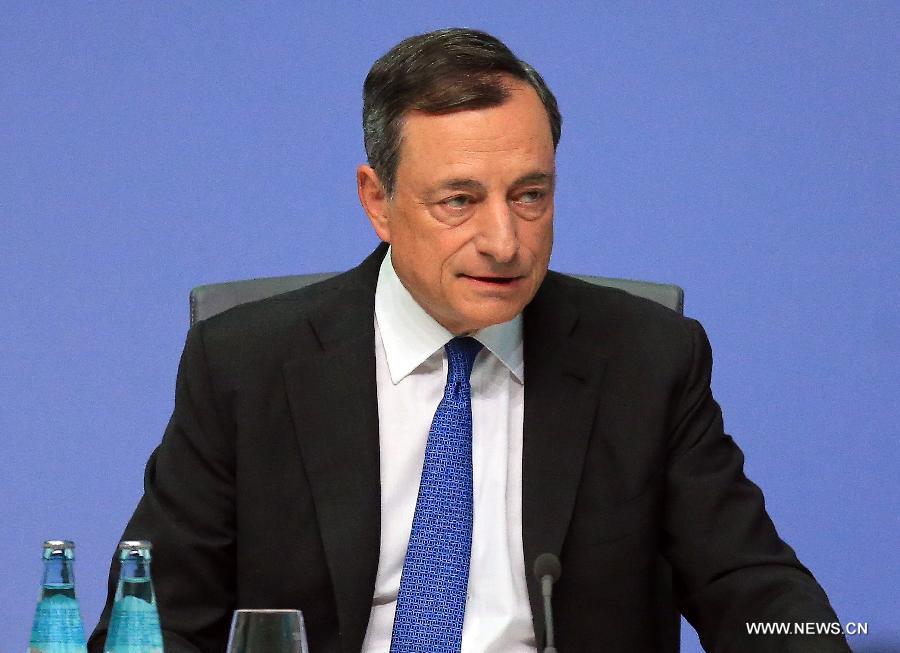 Mario Draghi signaled the European Central Bank probably won’t stop its quantitative-easing program without tapering it first, indicating that the stimulus is likely to run past the currently scheduled end-date of March 2017.

“An abrupt ending to bond purchases, I think, is unlikely,” the ECB president said in a press conference in Frankfurt on Thursday. A sudden stop “is not present in anybody’s mind.”

The comments keep the central bank on track for a potential extension of its bond-buying program, as predicted by economists. Draghi said the Governing Council didn’t discuss prolonging or tapering in this policy meeting, while noting that the publication of fresh economic forecasts in December, as well as the results of internal studies on options to avoid running into bond shortages, will help the decision then.

“Everyone expects him to do more but it’s hard, given what he said today, to be sure in any way of what they are going to do in December,” said Richard Barwell, an economist at BNP Paribas Investment Partners in London. “There is this constant angst now of ‘will they, won’t they?’ They would be in a much better place if they described what is their plan given current conditions.”

Bloomberg News reported this month that ECB policy makers have built an informal consensus that QE will be gradually wound down once the decision is taken to end the program.

Earlier on Thursday, the 25-member Governing Council reaffirmed that asset purchases will continue to run at the pace of 80 billion euros ($88 billion) per month until March 2017, and in any case until policy makers see a sustained pick-up in inflation toward its goal of just under 2 percent. Officials left the main refinancing rate unchanged at zero and the deposit rate at minus 0.4 percent.

The euro initially climbed as much as 0.6 percent before giving up those gains. The single currency traded down 0.5 percent at $1.0921 at 5:17 p.m. Frankfurt time, near the weakest since June. Euro-area bond yields also rose before heading lower.

“He really wanted to shut down any suggestion that the ECB is going to taper any time soon, but what he actually did was to tell people to come back in December and see what the ECB thinks then,” said James Athey, a money manager at Aberdeen Asset Management Plc in London. “That will leave enough unanswered questions to keep bond markets volatile. An already nervous market will not take much comfort from his obfuscation today.”

Draghi noted that there is no “convincing upward trend” in underlying inflation, adding that “we want a convergence which is self sustained, without the extraordinary policy support in place now.”

He said earlier this month that consumer-price growth will probably be near the target by late 2018 or early 2019. The ECB’s current projections, which see inflation at 1.6 percent in 2018, are built on expectations of “additional monetary policy measures,” according to an account of last month’s council meeting.

The ECB’s committees are currently reviewing their options for tweaking the rules of the QE program to allay concerns that it will run out of bonds to buy. Draghi said the Governing Council took stock of that work and that it wants “to see all inputs for this discussion” before taking a decision.
Click here to watch Draghi’s news conference in full.

The euro area faces a “moderate, steady recovery, and a gradual rise in inflation in line with previous expectations” but with risks to the downside, he said. “We remain committed to preserving a very substantial degree of monetary accommodation.”