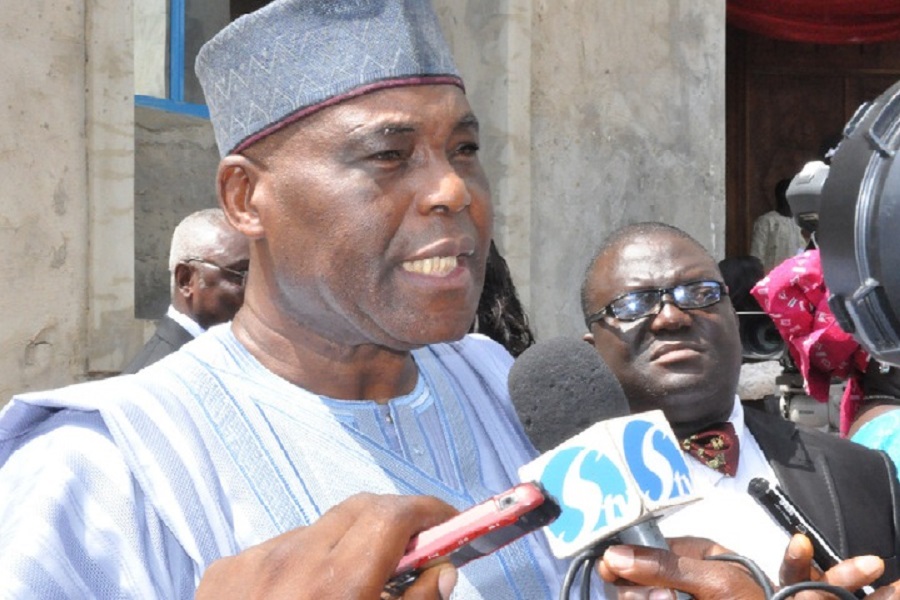 The Economic and Financial Crimes Commission on Wednesday opened its case against a businessman and former Chairman of Daar Communications Plc, Chief Raymond Dokpesi, at the Federal High Court, Abuja, by calling its first witness.

Dokpesi and his firm, Daar Investment Holdings Limited, are being prosecuted on charges relating to the sum of N2.1bn the EFCC alleged that he received from the Office of National Security Adviser between 2014 and 2015.

The accused are facing six counts of money laundering and other charges relating to procurement fraud for allegedly receiving the N2.1bn to prosecute the Peoples Democratic Party’s 2015 presidential media campaign.

Led by the lead prosecuting counsel, Mr. Rotimi Jacobs (SAN), a manager in the payment department of the Central Bank of Nigeria, Mr. Mukados Mohammed, testifying as the first prosecution witness, narrated how the N2.1bn was paid to Dokpesi between January 21, 2015 and March 19, 2015.

He also narrated how the then NSA, Col. Sambo Dasuki (retd.), and the then Director of Finance and Administration in the Office of the NSA, Shuaibu Salisu, authorised the payment of about N4.1bn to various companies within the same period.

The witness said his office was saddled with the responsibility of verifying the e-payment schedules/mandates and the signatures on them as forwarded to him by the ONSA.

He said the NSA and the ONSA’s Director of Finance were usually the two signatories to the ONSA’s account with the CBN.

He said the N2.1bn and the rest of the N4.1bn were paid to Dokpesi’s firm and other companies through four mandates signed by Dasuki and Salisu.

The four mandates were admitted by the trial judge, Justice John Tsoho, as Exhibits A1 – A4 without any objection from the defence team, led by Chief Wole Olanipekun (SAN).

“After verification, then we effected the payment.

“Exhibit A1 is payment mandate dated January 21, 2015, covering the payment of N500m. The purpose was for payment for media campaign.

“The persons who signed it were M. S. Dasuki and S. A. Salisu.

“The purpose for payment was media campaign.

“The purposes are for media campaign.”

He confirmed that the payments were effected to the beneficiary.

Under cross-examination by Olanipekun, the witness confirmed that the ONSA account with the CBN was being funded by the Office of the Accountant General of the Federation.

When asked by Olanipekun to read other payment instructions apart from the ones meant for Dokpesi, Mohammed gave a breakdown of how a total of N4.1bn was paid to other companies for various purposes.

The trial is to continue on November 18.