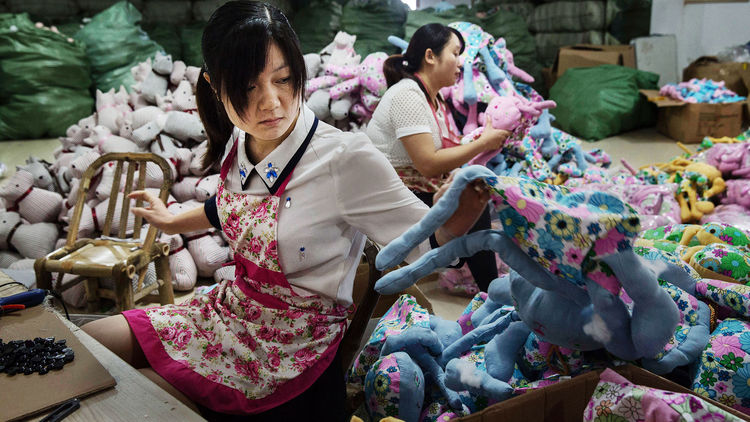 Developing-nation stocks gained, adding to their best quarterly performance since 2012, after a report that Deutsche Bank AG may settle with U.S. regulators for less than half the amount investors spurred demand for higher-yielding assets.

Deutsche Bank shares surged Friday after Agence France-Presse reported that the lender was nearing a $5.4 billion settlement with the U.S. Department of Justice, less than half an initial request, that stemmed from a probe tied to residential mortgage-backed securities.

“A lot of the market sentiment has improved because obviously people were worried that Deutsche Bank might be going to recreate the Lehman moment,” said Andrew Sullivan, managing director for sales trading at Haitong International Securities Group in Hong Kong. “The fact that actually Deutsche Bank came out and said it’s well capitalized and that it’s close to securing a deal with U.S. Department of Justice over that fine has just given the market more confidence that we’re not going to have another breakdown in the global banking system.”

Emerging-market equities have risen as near-zero rates in Japan and Europe boosted demand for riskier assets and the Federal Reserve refrained from tightening policy so far this year. The benchmark gauge is valued at 12.4 times the projected 12-month earnings if its members. That compares with a multiple of 16.2 for the MSCI World Index of developed-nation stocks, which has increased 4.5 percent since the end of June.

The MSCI Emerging Markets Currency Index was little changed after completing a third straight quarterly advance on Friday. The rupiah was the best performer Monday, strengthening 0.5 percent. The Philippines peso gained 0.4 percent after the finance department said in an e-mailed statement the nation can ride out any financial market volatility.

Colombia’s peso is likely to be sold following the unexpected rejection in a referendum of a peace deal between the government and Marxist guerrillas, according to Goldman Sachs Group Inc.

“The rejection of the proposed peace deal was not expected nor discounted by the market,” analyst Alberto Ramos wrote in a report. “We expect financial markets to react negatively on Monday with the COP and local interest rates likely to sell off.”

The peso closed at 2,882.06 per dollar on Friday and has strengthened 10 percent this year after climbing by more than 3 percent in each of the two previous months.