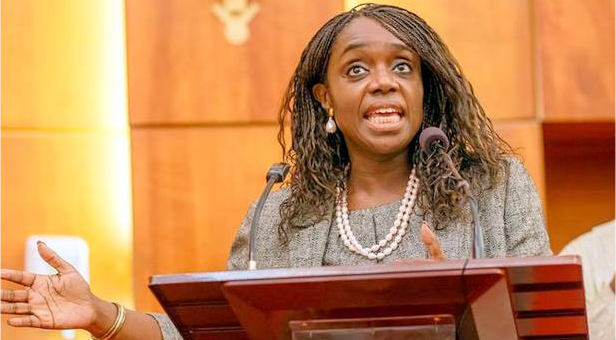 The Federal Government is considering an ambitious $15 billion (N4.72 trillion) fiscal stimulus plan to reflate and pull the economy from the current recession.

Following the National Bureau of Statistics (NBS) recent official confirmation that Nigeria economy had slipped into one of the worst recessions in its history, the government convened a ministerial retreat last week to rally economists’ opinions on possible way out of the doldrums.

One of the key resolutions at the retreat was a four- pronged funding plan to generate and inject massive foreign capital, estimated at between $10 and $15 billion (about N4.72 trillion – at N320 to the dollar) into the economy.

The Minister of Budget and National Planning, Udoma Udoma, said the stimulus plan would be funded majorly through sale of some national assets, advance payment by joint venture operators for license renewals, infrastructure concessions, use of recovered funds etc, and long term, low interest loans to bridge funding gap.

Besides, Mrs. Adeosun said the World Bank, African Development Bank (ADB), and other multilateral and international lending institutions, have already approved plans for loans at interest rates of 1.5 per cent, and repayment tenors as long as 40 years.

She said the facilities would help the government intervene in some key areas, like agriculture, education, health, rebuilding of transportation facilities, railway and other projects considered vital to government effort to revamp the economy.

The minister, who justified the request for emergency economic powers for government, said in view of the “unusual times” the country found itself, “unusual measures were required to navigate the economy out of recession waters.”

One of the areas for which she said the intervention was necessary was in pruning the procurement processes to speed up contract awards, to execute key infrastructure needed to drive quick economic recovery.

Mr. Udoma said the government was equally giving a thought to measures to fast-track procedures to speedily inject the funds into the economy.
Some of these measures include Presidential Orders and Directives, to be facilitated by emergency powers, to be enabled by the Emergency Economic Recovery Bill currently pending submission to the National Assembly for approval.

Other components of the plan, which have already been approved by the Executive Council of the Federation include total restructuring of the country towards sustainable growth, by weaning the economy from dependence on crude oil revenue.

Resolutions at the retreat include the need for government to work closely with the private sector to bridge the N3 to N5 trillion funding gap per annum in infrastructural development; need for the government to signpost the future of the country’s economy to the world and open up infrastructure investment opportunities.

The retreat also emphasized the breaking of government monopoly in all areas of the economy, while taking steps to improve the communication of government initiatives, to reassure the public and stimulate private sector investment.

To ensure quick injection of fresh capital to the economy, the retreat proposed the immediate implementation of the social intervention programmes, namely the school feeding, the teachers’ assistance scheme, and local debt repayment, particularly to states and contractors.

In addition, priority attention must be given to infrastructure, including power, rail and public works; agriculture and agro processing; mining and solid Minerals; social intervention schemes/ public works; human capital development; and population census to facilitate accurate data for planning.