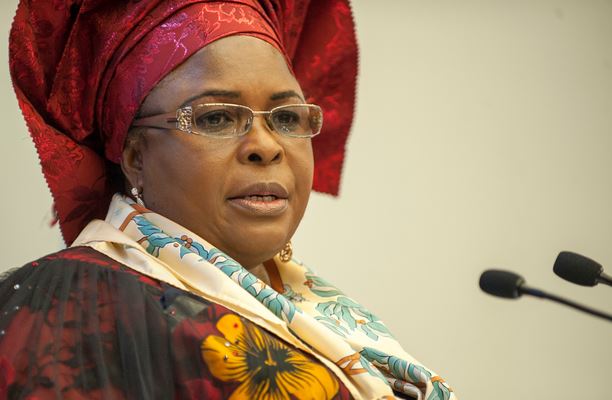 The Economic and Financial Crimes Commission has summoned some officials of the Department of State Services, who were attached to Dame Patience Jonathan, the wife of former President Goodluck Jonathan, for interrogation.

It was learnt on Friday that the invitation was part of investigations into the $15m frozen in four company accounts, which Patience had laid claim to.

Sources in the EFCC told our correspondent that a letter had been written to the DSS, requesting that the officials be allowed to honour the anti-graft agency’s invitation.

A detective told our correspondent that the commission had evidence that the DSS officials had, on several occasions, deposited money into some of the accounts in Skye Bank between 2013 and 2015.

“However, we have evidence that it was DSS officials attached to Jonathan’s wife that deposited the money. We have gathered bank documents and we have invited them for interrogation.”

When asked why Patience had not been invited by the EFCC, even after she had openly laid claim to the money and dared the anti-graft agency to invite her for questioning, another source told our correspondent that it was because the commission was trying to build a solid case.

The source said, “We will not like to exchange words with her on the pages of newspapers. She says the money belongs to her but she has no evidence to show that she owns the money except the fact that she was given platinum cards to use in withdrawing money.

“Possessing an ATM card of an account that does not bear your name, signature or credentials does not give you the legal right over that account. We froze the accounts as part of investigations into a money laundering case.

The EFCC had stumbled on four company bank accounts in Skye Bank while investigating a former Special Adviser to Jonathan on Domestic Affairs, Waripamowei Dudafa.

The four companies standing trial before a Federal High Court in Lagos have since pleaded guilty to money laundering.

Jonathan’s wife has, however, accused the EFCC of hiring mercenaries as directors of the company in an attempt to steal her hard-earned money.

Patience, who has sued Skye Bank for N200m, also has another account under the name ‘Patience Ibifaka Jonathan’ in the bank, which had a balance of $5m. The account was, however, not frozen by the commission.

In the suit filed by Patience, while laying claim to the $15m, which is the subject of prosecution of Dudafa and others, one Sammie Somiari, who deposed to an affidavit on behalf of Patience, claimed that Dudafa helped Patience to open the bank accounts in 2010.

According to him, Dudafa had on March 22, 2010, brought two Skye Bank officials to meet Patience at home to open five accounts.

The deponent claimed that Patience was the sole signatory to the accounts.

in scandal He, however, claimed that after the five accounts were opened, Patience later discovered that Dudafa opened only one of the accounts in her name while the other four were opened in the names of companies belonging to Dudafa.