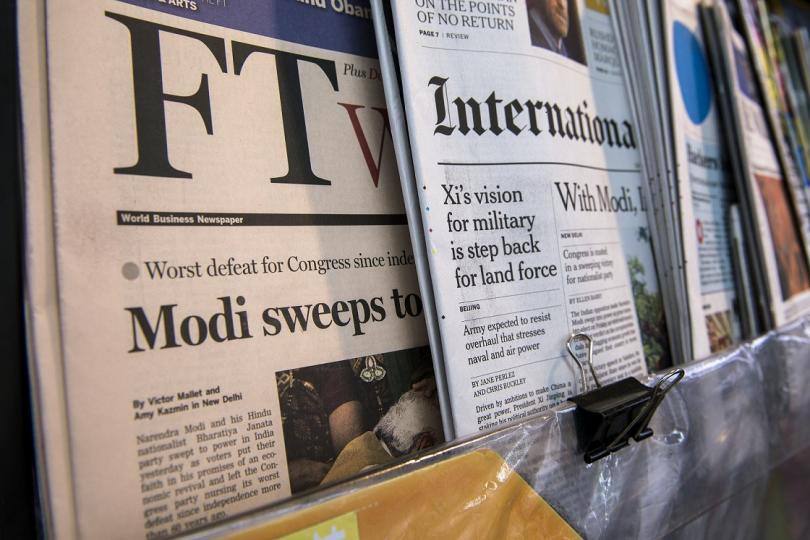 However, the report indicated decline in 2011 and 2012 despite general elections which amounted to N15.4 and N9.0 billion in 2012 respectively.

The downward trend, however, changed in 2013 with an advert income of N18.5 billion with further rise to its peak in 2014, hitting N25.8billion.

Also, during the 2015 election year, the sub-sector of the media industry recorded another decline by N2.1billion hitting N23.7 billion.

Meanwhile,  mediaReach OMD explained that the newspapers tend to mostly attract their highest advert patronage in the second and third quarters, with exception of 2013 and 2014, which had their highest spending in the fourth quarters of the year.

In terms of regional spending in the last ten years, the split is between Lagos and North, with Lagos constantly attracting the dominant share of advert spending year after year.

The analysis, however, shows that Glo has consistently dominated the list of press advertising, rising steadily in the last three years to tie with Guaranty Trust Bank ahead of others while MTN currently occupies the third position.

But in terms of advertising expenditure across board, the TV medium consistently enjoyed the lion share of advert budget over the years. It is followed by the Out of Home (OOH) medium except for 2014 and 2015, when the print medium followed the leading TV medium. The newspapers has, however, experienced the highest growth rate in terms of advert spends especially in the last three years.

For total advertising expenditure, the year 2013 enjoyed the highest spending with N103.8 billion, representing a marginal increase over year 2011 spending of N 102.8 billion. There was a decline in 2014 as compared to the high spending in 2013.

The general economic outlook during the period under review showed a Gross Domestic Product, GDP estimated at 6.1 per cent in 2014, owing to continued strong performance mainly in services, but also in industry. The oil sector was in decline, albeit at a slower rate than in the previous year. Also in 2014, oil and gas GDP was estimated to have declined by 1.3 per cent, relative to a decline of 13.1 per cent in 2013.

The Managing Director and Chief Executive Officer, mediaReach OMD, Mr. Tolu Ogunkoya, said: “Nigeria’s media is one of the most dynamic in Africa. Each of the 36 states has at least a TV station and one radio. There are hundreds of radio stations and terrestrial TV stations, as well as cable and direct-to-home satellite offerings.”

Not a few analysts however agree that the newspaper industry in Nigeria is caught in the web of great depression and recession. It has fallen victim to a combination of intertwined factors. The first is the tough economic environment, which has reduced advertising revenue, as well as the purchasing power of the reading public, and driven up the cost of production to an almost unmanageable level.

With a foreign exchange regime that is unstable, and virtually every input required for production imported from abroad, or sourced locally at cut-throat prices, an average newspaper which used to cost almost nothing in the 70s, is now priced beyond the reach of many Nigerians.