In order to finance the 2016 budget, the Federal Government is to raise $1bn through the issuance of Eurobonds by November, investigation has shown.

The amount to be raised from the international bonds market is part of the $4.5bn that the Federal Government plans to borrow from the market in three years.

Authoritative sources told our correspondent on Wednesday that the government was watching events in the international capital market to know the best opportune time to approach it to raise the fund.

Further investigation revealed that the international capital market had become very attractive to the Federal Government because of the dearth of foreign exchange in the country as a result of poor earnings from the nation’s major forex earner, crude oil.

It was also learnt that most of the monies expected from external borrowings to finance the 2016 budget would come from the issuance of the $1bn Eurobonds.

According to the budget passed by the National Assembly in May, the Federal Government is to borrow N900bn from external sources and N984bn from local sources.

At an exchange rate of N400 to a dollar, the $1bn that the government plans to raise through Eurobonds is N400bn or 44.44 per cent of the N900bn it plans to borrow from abroad to finance some capital projects in the 2016 budget.

In preparation for the issuance of the Eurobonds, the Debt Management Office has advertised for key partners to offer the government consultancy services in order to avoid poor showing at the international bonds market.

The consultants being sought by the Federal Government through the DMO are two international banks to serve as joint lead managers, one local bank to serve as financial adviser, one legal adviser and one technical adviser on communication.

In the advert, the DMO stated, “The Federal Republic of Nigeria is in the process of establishing a $4.5bn Federal Government Medium Term Note Programme, 2016 – 2018, out of which it intends to issue $1bn Eurobond in the year 2016.

“The purpose of establishing the FGMTN programme is to enable the FRN to have the flexibility of quickly taking advantage of favourable market conditions in the international capital market to raise funds, if and only when the need arises.”

Our correspondent learnt that officials of the DMO and the Ministry of Finance would in alliance with the transaction partners soon begin to sensitise the market to enable the country to take the earliest advantage of the market even though a target of November had been set.

It was also learnt that the Federal Government had adopted a cautious approach to the market in order to get the best result.

In 2015, the Federal Government could not muster the courage to approach the international bond market to raise the funds that it had scheduled to borrow from the market because of circumstances prevailing within and outside the country.

Instead, it resorted to the local bond market to raise the funds it had earmarked to borrow from abroad.

The government could also not approach the market early enough this year because the 2016 budget that prescribed a borrowing of N900bn from external sources could not be passed until May.

This follows the commencement of the implementation of the Nigerian Petroleum Industry Act.

Investors King recalls that the new Petroleum Industry Act 2021 was assented and signed into law by the President of the Federal Republic of Nigeria on August 16th, 2021 to repeal the extant Petroleum Act 2004.

The Petroleum Industry Act was enacted to provide for the legal, governance, regulatory, and fiscal framework for the Nigerian Petroleum Industry, the establishment, and development of host communities and other related matters in the upstream, midstream and downstream sectors of the petroleum industry.

The Act is categorised into 5 Chapters, 319 Sections, and 8 Schedules. The first chapter of the Act provides for the governance and institution of the petroleum industry. It lays emphasis on the fact that the ownership and control of petroleum within Nigeria and its territorial waters are vested in the Government of the Federation of Nigeria.

The Minister of Petroleum Resources who heads the Petroleum Industry has the powers as vested on him by Section 3(1) to formulate, monitor, and administer government policy in the petroleum industry, amongst other functions.

With the NNPC looking to expand its upstream portfolio, the funding will be critical for the Corporation as it steps up investments in new and strategic prospects.

The repayment of the fund is being projected to be made within a four to eight-year period with an objective to ensure major fiscal obligations and operating expenses are discharged appropriately.

Asides this, the NNPC and the Afreximbank agreed to also deepen the business collaboration between the two institutions.

The Afreximbank has a mandate to provide liquidity for trade and project related finance and related activities across the continent, in order to facilitate the quantitative and qualitative growth of trade on the continent.

The bank recently concluded a landmark 10-year, dual tranche facility of €200 million and US$166 million for the Government of Uganda. 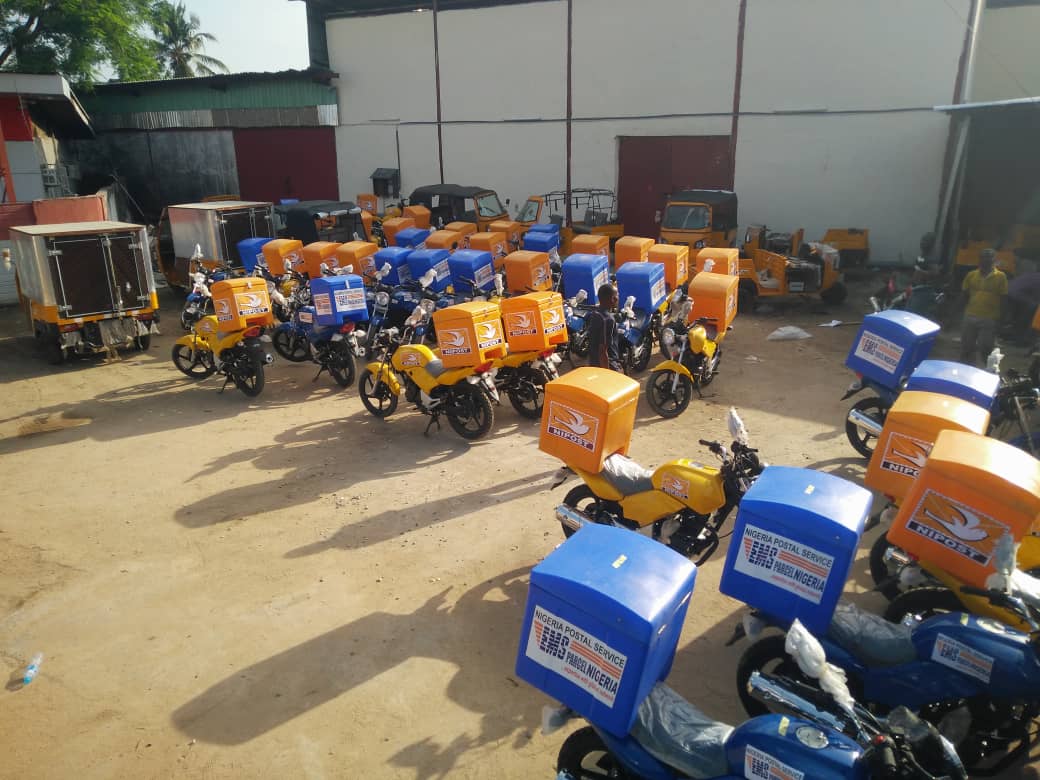 As part of efforts in boosting financial inclusion, the Nigerian Postal Service (NIPOST) has launched its own e-debit card, agency banking platform and 27 new logistics vehicles for courier services.

The E-debit card is expected to be given free to every Nigerian at every NIPOST outlet.

Minister of Communications and Digital Economy, Prof. Isa Ali Ibrahim who spoke during the launch, note that the e-debit card is a multipurpose card for financial transaction, conditional cash transfer, payment of bills and more.

This development, according to him, is a commendable one and is in alignment with the government’s digital economy for achieving a digital Nigeria.

“Our target in this country by 2030 is to be completely digitalized”, he stressed.

He noted that the NIPOST banking platform will allow NIPOST to conduct financial transactions with most Universal Postal Union (UPU) member countries, adding that this is also in alignment with the proposal to come up with NIPOST Microfinance Bank.

Investors King gathered that the banking agency will function like the Point of Sales (POS) while the card will function without the internet and can be replaced easily if stolen or lost.

So far, there have been remarkable efforts by financial organizations and government agencies in achieving financial inclusion in Nigeria.

Financial Inclusion is a state where financial services are delivered by a range of providers, mostly the private sector, to reach everyone who could use them. Specifically, it means a financial system that serves as many people as possible in a country.

However, this initiative does not come with its own hitches, especially in a developing country like Nigeria. In its report on ‘Financial Inclusion In Nigeria: Issues And Challenges’, the Central Bank of Nigeria (CBN) noted that critical challenges of low financial literacy, inadequate infrastructural facilities, as well as inadequate and inefficient technology-based facilities by financial institutions, has limited the achievement of significant expansion in financial inclusion level in Nigeria.