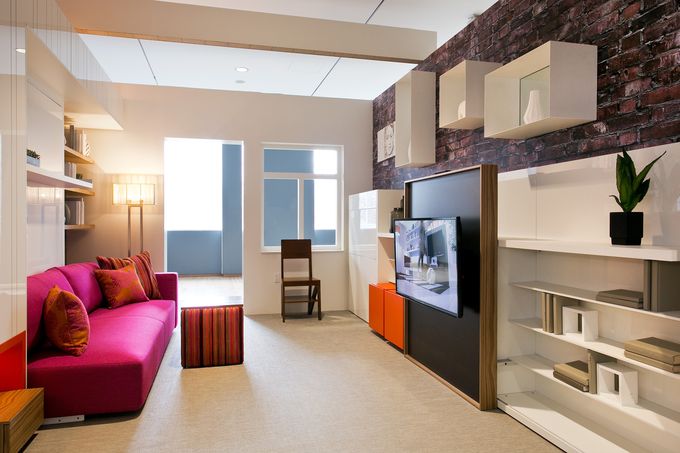 The Nigerian Mortgage Refinancing Company on Monday said it was ready to refinance a one-bedroom apartment for the citizens at a cost of N1.5m in any part of the country.

The Managing Director, NMRC, Prof. Charles Inyangete, made the pledge during a press briefing on the African Union Housing Finance Conference to be held on Wednesday in Abuja.

The NMRC was inaugurated on January 16, 2014 by former President Goodluck Jonathan to assist in making access to housing finance more affordable to Nigerians.

Since then, the agency has refinanced hundreds of housing projects with the injection of over N6bn liquidity into the housing market.

It is presently evaluating about 5,000 mortgages for the housing sector.

Inyangete said while the country had a huge housing deficit, the NMRC was conscious of the fact that through technology, the cost of owning a house in any part of the country could be reduced.

He said the need to start making houses more affordable for Nigerians was born out of the conviction that by 2050, about 106 million citizens would be regarded as low-income earners.

He added that by 2050, about 2.4 billion of the world’s population would not be able to cope as most of them would have been financially overstretched.

Inyangete said with the mandate given to the NMRC, the agency would provide more liquidity to the housing market.

This, he added, would assist in addressing the inequality that had been created as a result of the housing deficit.

He said, “There are a lot of initiatives that have been planned by the government to address the problem of affordable housing in the country. The issue of affordable housing is being addressed from a holistic perspective. We are ready to refinance houses for Nigerians for as low as N1.5m and we hope that we can use technology to achieve that.

“Prices of houses in Nigeria are very high and we need to build sustainable houses for the low and middle-income earners. We don’t have to build houses with materials that are imported.”

Also speaking at the briefing, the Chairman of the Board of the AUHF, Mr. Oscar Mgaya, said the conference would be attended by over 170 participants from 23 countries.

He said the conference would also serve as an advocacy platform to bring to the fore the need for the government to make the issue of housing a priority.