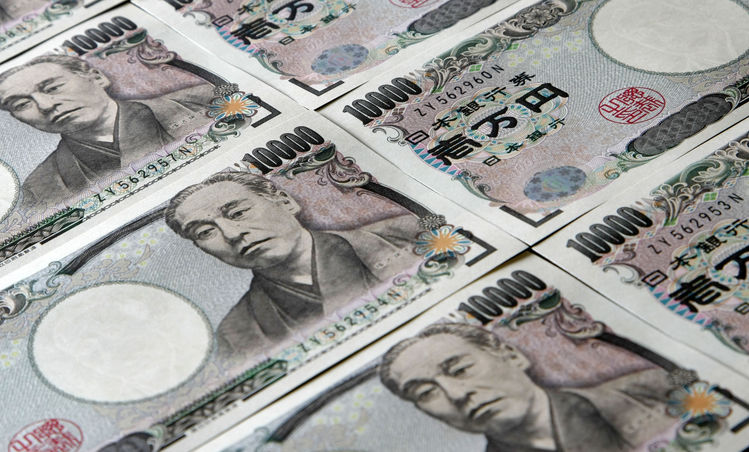 Speculation of helicopter money refuses to die in Japan, despite repeated denials by Bank of Japan Governor Haruhiko Kuroda.

From Japan-based economists to global investors including Templeton Emerging Markets Group Executive Chairman Mark Mobius, there’s a reluctance to rule out the controversial policy coming as soon as next month amid the monetary authority’s struggles to stoke growth and inflation. Kuroda has said at least four times since April that helicopter money is not under consideration, and is prohibited by current law. He repeated over the weekend that there remains “ample space for additional easing” under the existing policy framework.

“It’s unthinkable that nothing would happen in September,” said Daiju Aoki, an economist at UBS Group AG in Tokyo. “The most likely measure would be pseudo-helicopter money where the BOJ will commit to holding Japanese government bonds for a long time.”

UBS is in good company. Mobius also said last week that direct financing of government spending could be imminent, while Aberdeen Asset Management said Japan is the most likely location for such an initiative. Bank of America Merrill Lynch’s head of global rates and currencies research David Woo said on Bloomberg Television this month that helicopter money is probably the only option left on the table.

The introduction of a negative deposit rate this year sent benchmark government bond yields tumbling to a record low of minus 0.3 percent last month. They have since retraced more than two thirds of that — and the policy failed to weaken the yen for more than a day. The 10-year sovereign yield was at minus 0.075 percent on Wednesday in Tokyo.

Talk of the BOJ needing to change tack has grown since Kuroda announced a comprehensive review of current measures for the Sept. 20-21 policy meeting, with a gauge of inflation expectations less than a sixth of the way to the 2 percent target. While Kuroda’s most recent comments underline his stance that the review won’t mean any reduction in stimulus, doubts have grown about the policy’s sustainability.

Helicopter money, a kind of last resort in unconventional monetary policy, comes in several forms. The most simple is printing money and giving it to the public in the hope they’ll spend it: equivalent to dumping cash from choppers in the air. Others include putting money directly into the hands of companies or financing state spending by having the BOJ buy bonds straight from the government.

Speculation about the policy peaked in July after a visit to Tokyo by former Federal Reserve Chairman Ben S. Bernanke during which he met separately with Kuroda and Prime Minister Shinzo Abe. He floated the idea of selling perpetual bonds directly to the central bank during discussions in Washington with one of Abe’s key advisers in April.

While Kuroda reiterated last month at a Group-of-20 meeting in Chengdu, China that helicopter money is not an option, he has changed course without warning before. He announced a negative interest rate policy in January after ruling it out the previous month.

“Given Abe’s popularity, he’s in a pretty good position to change the law if he wanted to,” Michael Moen, a Sydney-based investment manager at Aberdeen Asset Management, said in a phone interview last week. “If you were going to pick a central bank around the world and a government that was going to use helicopter money, I think Japan is clearly at the top of that list.”

While Moen doesn’t expect to hear the whirl of chopper blades anytime soon, Templeton’s Mobius suggests it could come next month.

“They’re really beginning to think what ammunition they have,” he said during a visit to Tokyo last week. “The first reaction is to say, OK, let’s go for helicopter money, let’s get money directly into the hands of consumers.”

Quantitative easing is also showing signs of approaching its limit as banks run out of securities to sell.

“It’s an extremely dangerous game the market is playing, but speculation of helicopter money will never go away completely,” said Masamichi Adachi, a senior economist at JPMorgan Chase & Co. in Tokyo. “Japan needs to think now about how it would use the policy, before the time comes when it might have to deploy it.”