Another light rail project is in the offing as a Chinese firm has received the approval to construct the line in Kano at a sum of $1.85bn (N589.8bn).

An online report by The Cable on Monday gave the construction firm as the China Railway Construction Corporation.

This is coming less than a year to the completion of the first light rail project being constructed in Lagos by the state government. Another Chinese firm, China Civil Engineering Construction Corporation is handling the project.

In a special announcement on Monday, the CRCC said its directors had received a provisional letter of award from Nigeria for the Kano light rail project.

The rail, with a total length of 74.3 kilometres, is expected to travel at a speed of 100 kilometres per hour.

In context, 100 kilometres per hour is as fast as moving from Lagos to Ibadan in 72 minutes.

“The project contract amount is approximately $ 1.851bn, accounting for two per cent of the company’s 2015 revenue, under the China Accounting Standards,” the firm said.

The receipt of the contract is valid for three weeks from the day of award, after which “uncertainties” will prevail.

With over N1tn budgeted for capital expenditure in the 2016 Appropriation Act, Nigeria is expected to invest the highest amount in capex in its 56-year history.

Rail transportation received a boost in Nigeria on July 26 this year when President Muhammadu Buhari inaugurated the Abuja-Kaduna commercial train operation after series of postponements.

The modernisation phase of the project had commenced with the signing of the contract for the construction of Abuja (Idu) to Kaduna (Rigasa) rail line in 2009.

Buhari had said the rail line would significantly enhance and provide affordable and safe movement of passengers and freight between the Federal Capital Territory and Kaduna State.

He said that the train operation would also serve as a major catalyst for industrialisation and generation of employment. 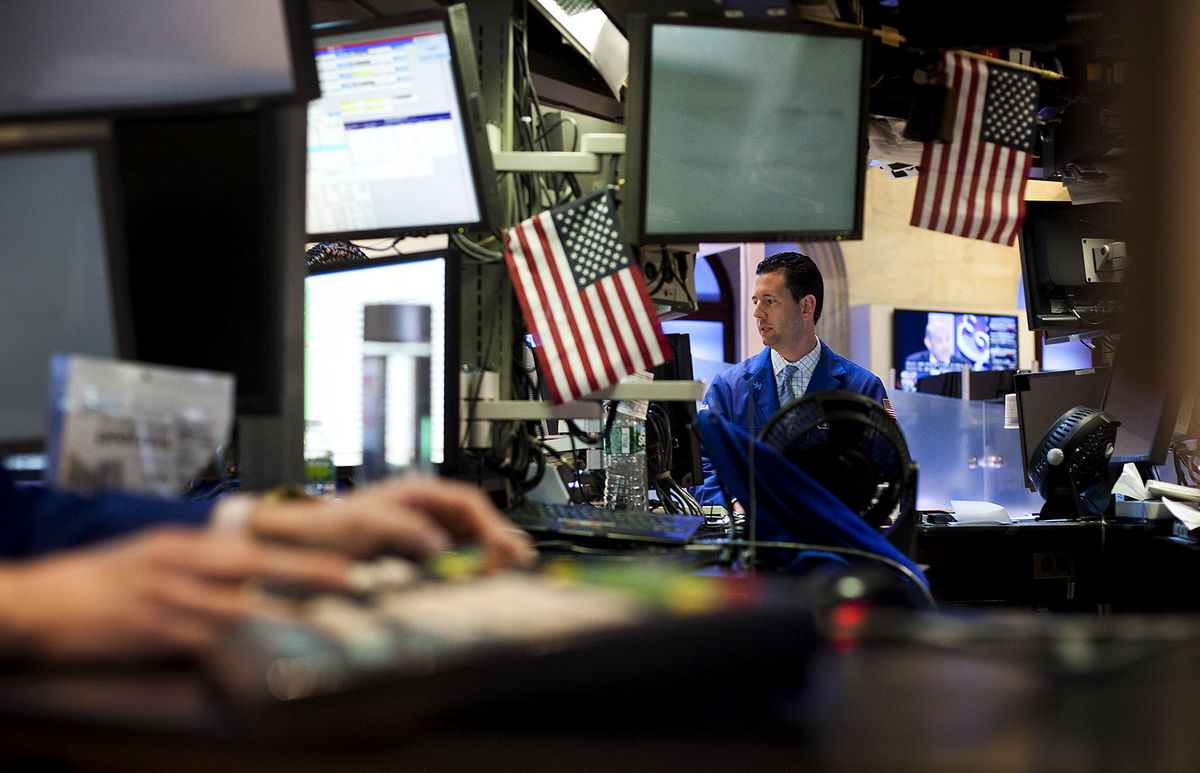 Equity markets are recovering some of yesterday’s losses but anxiety and uncertainty continue to dominate after a disappointing start to earnings season.

The idea that we could go from rock bottom rates and enormous bond-buying to rapid tapering, 50 basis point hikes, and earlier balance sheet reduction is quite alarming. We’re talking about markets that have become very accustomed to extensive support from central banks and very gentle unwinding when appropriate. This is quite a shock to the system.

And so far earnings season is not providing investors the comfort they were hoping for. Significant compensation increases and lower trading revenues hurt JP Morgan and Goldman Sachs, and higher wage demands are likely to be a common theme throughout the next few weeks which will put a dampener on the bottom line and not alleviate concerns about persistent and widespread price pressures.

The CPI data from the UK this morning compounded inflation concerns, hitting a 30-year high and once again surpassing expectations in the process. And it’s highly unlikely we’re seeing the peak, with that potentially coming around April when the cap on energy tariffs is lifted considerably to reflect higher wholesale prices. Other aspects will also contribute to higher levels of inflation at the start of the second quarter, at which point we may have a better idea of how fast it will then decline.

Of course, the Bank of England can’t just turn a blind eye until then. The MPC may be willing to overlook transitory inflationary pressures but the rise in CPI has proven to be neither temporary nor tolerable. Instead, it’s become more widespread and the central bank is being forced to act and may do so again next month after raising interest rates for the first time since the pandemic in December. A few more hikes after that are also priced in for this year but if pressures continue to mount, traders may begin to speculate about the possibility of larger hikes, as we’ve seen starting in the US.

All of this should make Andrew Bailey’s appearance before the Treasury Select Committee later today all the more interesting. The central bank has warned of higher inflation and possible interest rate hikes for months but delayed doing so after initial hints ahead of the November meeting. Given what’s happened since, the decision looks all the more strange. Of course, it’s easy to say that with 20/20 hindsight.

Oil prices are continuing to climb on Wednesday and find themselves only a little shy of $90 a barrel. This happened as IEA confirmed that the market looks tighter than previously anticipated as a result of stronger demand, despite omicron, and the inability of OPEC+ to hit its monthly increased production targets. This imbalance has led to surging prices which will further pressure households and businesses already fighting high inflation.

What’s more, not only does the rally not appear to be losing steam, it may have even generated fresh momentum. While $90 could have triggered some profit-taking and a minor cooling of prices, this suggests they’ll see no reprieve and we could realistically see $100 oil soon.

Gold is marginally higher again after the easing over the course of the last week. The yellow metal is continuing to struggle around $1,833 which has been a surprisingly strong level of resistance over the last six months. But support is returning after it came close to $1,800 so a break to the upside remains a strong possibility.

Given the calls for even more rate hikes this year than markets are pricing in, not to mention larger individual increases than we’ve seen for many years, perhaps we are seeing some inflation hedging from traders that don’t think central banks are doing enough to bring price pressures down.

Bitcoin appears to have gotten lost in the noise of the last few weeks. It’s not falling too hard despite risk assets getting pummelled but it’s not recovering to any great extent either. Instead, it’s floating between support at $40,000 and resistance around $45,000 and showing no signs of breaking either at this point.

European stock markets moved cautiously higher on Monday as investors were tempted back in after a turbulent start to the year.

It’s been a relatively quiet start to the week, with the US bank holiday naturally weighing on activity. With that in mind, I don’t think we can read too much into today’s advances, especially as they’re occurring alongside rising yields which doesn’t seem particularly sustainable at a time of such anxiety in the markets.

It will be interesting to see if investors are tempted back in now that earnings season is underway. The emergence of omicron may mean that many companies don’t enjoy the kind of performance that was expected before but that doesn’t mean there won’t be plenty of positives to take away.

Of course, there are areas that will naturally chip away at that enthusiasm. Whether that’s margins being squeezed, prices increased or staffing costs, for example, there’ll be plenty for investors to get their heads around as they contend with sky-high valuations and a tricky economy this year.

A mixed bag of data overnight from China, where GDP growth exceeded expectations but retail sales fell short and the unemployment rate ticked higher. While the economy is still performing well after far exceeding its growth targets for 2021, many challenges remain, not least the crackdown on the property market that has led to firms defaulting on coupon payments and being forced into negotiations with bondholders.

This explains the PBOC decision overnight to cut interest rates and further easing is expected to follow as the central bank looks to support the economy through a turbulent period.

Oil prices are edging higher again at the start of the week as it continues its remarkable run since bottoming in early December. It’s up more than 30% over that time and there still appears to be momentum in the move. Kazakhstan has seen its output return to pre-unrest levels but that’s done little to slow the rally in recent sessions.

Ultimately it comes down to the ability of OPEC+ to deliver the 400,000 barrel per day increase that it’s vowed to do each month. The evidence suggests it’s not that straightforward and the group is missing the targets by a large margin after a period of underinvestment and outages. That should continue to be supportive for oil and increase talk of triple-figure prices.

Gold is marginally higher on the day after pulling back again late last week. The yellow metal has repeatedly struggled at $1,833 and it would appear it’s having the same struggles this time around as well. It did finally break through here in November but it didn’t last and it seems the psychological barrier is as firm as ever.

That said, it’s impossible to ignore gold at the moment as it continues to rally despite more and more rate hikes being priced in around the world and yields rising in tandem. There could be an argument that we’re seeing safe haven or inflation hedge moves due to the current environment which could become more clear over the coming weeks.

Bitcoin is down a little over 2% at the start of the week and continues to look vulnerable having failed to bounce back strongly off the recent lows. It appeared to be gathering some upside momentum at times last week but it quickly ran into resistance just shy of $45,000 where it had previously seen support. All eyes are now on $40,000 and whether we’re going to see another run at that major support level.