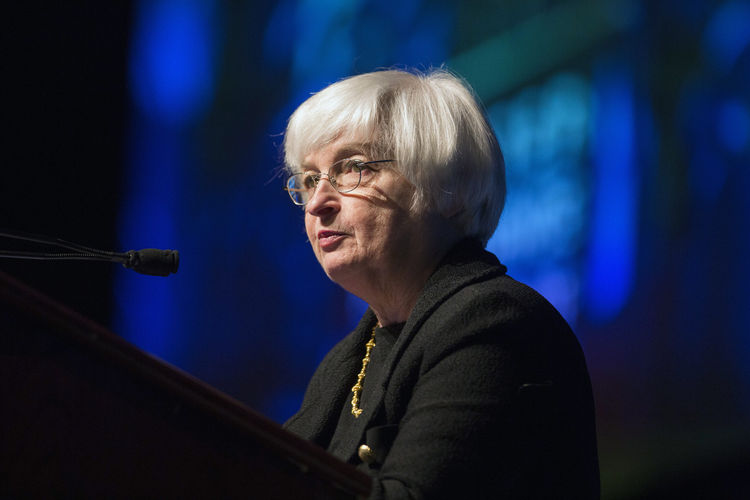 “In light of the continued solid performance of the labor market and our outlook for economic activity and inflation, I believe the case for an increase in the federal funds rate has strengthened in recent months,” she said in the text of a speech Friday to central bankers and economists in Jackson Hole, Wyoming.

She also said the economy is “nearing” the Fed’s goals of full employment and stable prices. The Fed chair didn’t discuss the specific timing of a rate move in her first public comments since June.

The Federal Open Market Committee raised its target for the federal funds rate to a range of 0.25 percent to 0.5 percent in December, after keeping the benchmark near zero for seven years.

Despite their repeated intentions to raise the rate again, officials have skipped a hike at all five meetings this year, and futures markets have priced in about a 30 percent chance of another hike at the Sept. 20-21 policy meeting, the second-to-last gathering before presidential elections in November.

“While economic growth has not been rapid, it has been sufficient to generate further improvement in the labor market,” Yellen said at the Kansas City Fed’s annual conference, the title of which is “Designing Resilient Monetary Policy Frameworks for the Future.”

“Looking ahead, the FOMC expects moderate growth in real gross domestic product, additional strengthening in the labor market, and inflation rising to 2 percent over the next few years,” Yellen said in her prepared remarks.“Based on this economic outlook, the FOMC continues to anticipate that gradual increases in the federal funds rate will be appropriate over time to achieve and sustain employment and inflation near our statutory objectives.”

A Commerce Department report released earlier Friday showed the U.S. economy grew less than previously reported last quarter on lower government outlays and a bigger depletion of inventories, capping a sluggish first-half performance propped up mainly by consumer spending. Gross domestic product, the value of all goods and services produced, rose at a 1.1 percent annualized rate, down from an initial estimate of 1.2 percent, the report showed.

The Fed chair’s speech comes amid a reassessment among central banks globally about future strategies for monetary policies, a topic she addressed in the second half of her remarks. Ageing populations, declining productivity and below-target inflation rates are likely to result in lower peaks in their policy interest rates. That means central banks are likely to reach the zero boundary on their policy rates faster in the next recession.

San Francisco Fed President John Williams, Yellen’s former research director when she was head of that bank, urged central banks in an essay earlier this month to “carefully reexamine” their strategies, and mentioned the possibility of raising inflation targets, among other options. By contrast, David Reifschneider, a special adviser to Fed governors, argued in a paper that “even in the event of a fairly severe recession, asset purchases and forward guidance should be able to compensate” for the Fed’s limited scope to reduce short-term rates.

Her review of the Fed’s “toolkit” began with a spirited defense of techniques used during the financial crisis, including bond purchases and pledges to hold rates low for an extended period. She made clear the Fed should retain those new tools. Those may be needed again, she said, as the next recession may arrive before interest rates rise to levels normally seen during an economic recovery.

“We expect to have less scope for interest rate cuts than we have had historically,” she said.

Without embracing their views, Yellen acknowledged that economists, including some prominent Fed officials, have suggested the Fed consider broadening its asset purchases if that strategy is required again, and raising its inflation target. “The FOMC is not actively considering these additional tools and policy frameworks, although they are important subjects for research,” she said.