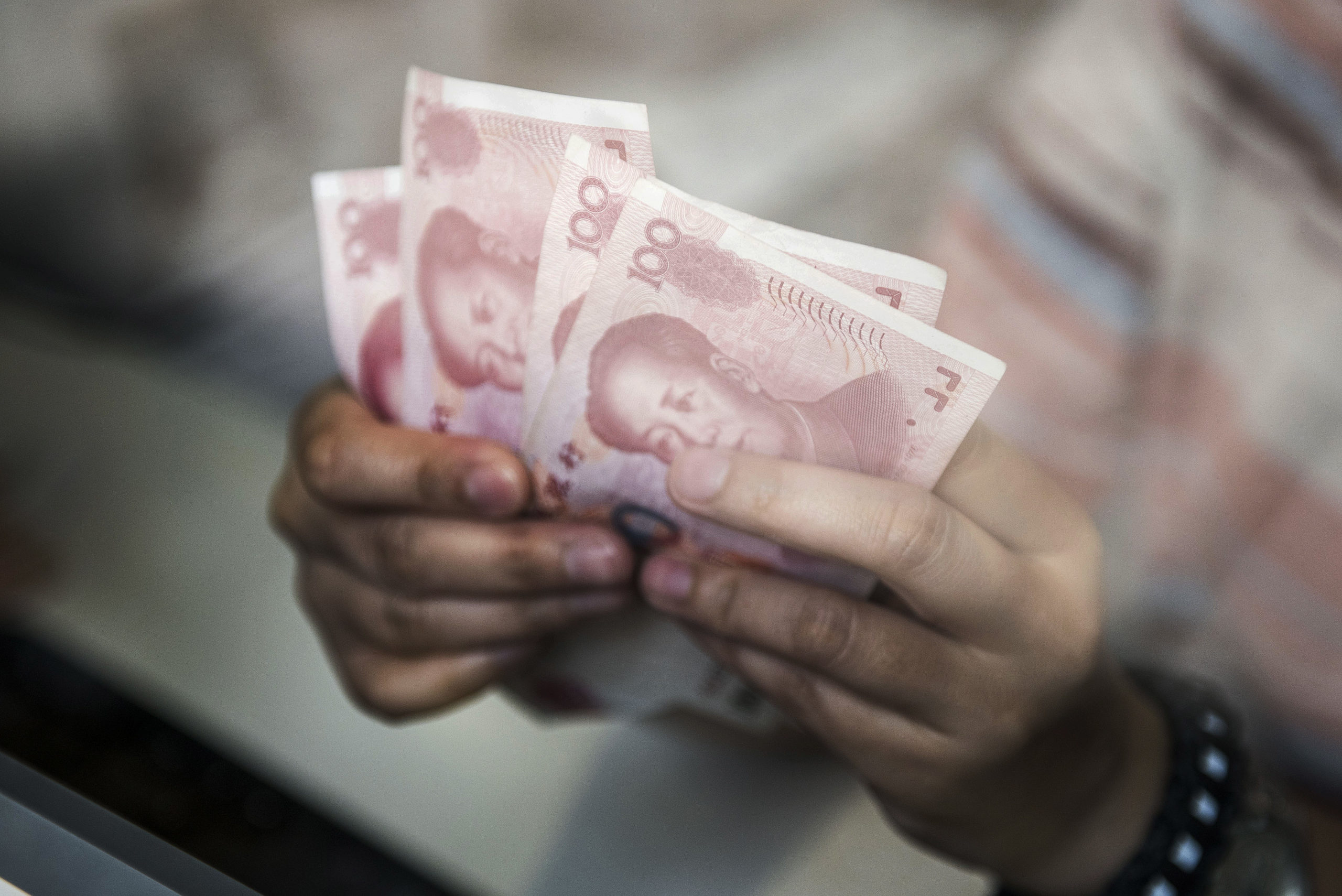 The yuan fell to a two-week low as increasing speculation the Federal Reserve will raise interest rates this year drove up the dollar.

The Chinese currency declined 0.16 percent to 6.6650 against the greenback as of 10:46 a.m. in Shanghai, according to prices from the China Foreign Exchange Trade System. A gauge of dollar strength was headed for the biggest two-day advance since June, with comments from two Fed officials fueling speculation that a 2016 increase in borrowing costs is still on the table.

“The Fed officials’ hawkish comments are driving the yuan and other Asian currencies weaker,” said Kenix Lai, a Hong Kong-based foreign-exchange analyst at Bank of East Asia Ltd. “The chance for the yuan to decline massively in the short-run is low, as China will want to keep it steady before a Group of 20 meeting in September. The yuan may test 6.6750 a dollar in the near-term.”

The rising probability of higher U.S. rates adds to the challenge facing China’s policy makers as they seek to keep the yuan steady before next month’s G-20 gathering in Hangzhou. The nation will keep the local currency stable this year and the next, Sheng Songcheng, head of the People’s Bank of China’s statistics and analysis department, was cited as saying in an interview with Yicai.com.

The offshore yuan declined 0.26 percent, the biggest loss since Aug. 5, to 6.6732 a dollar. A Bloomberg replica of the CFETS RMB Index, which tracks the yuan against 13 exchange rates, dropped 0.23 percent to 93.9. The PBOC weakened its daily reference rate for the yuan by 0.67 percent, the most since June 27.

Vice Chairman Stanley Fischer said over the weekend that the U.S. economy is close to meeting the central bank’s goals and that growth will pick up. The remarks came after San Francisco Fed President John Williams said on Friday that a September move is still “in play.” The focus now shifts to Fed Chair Janet Yellen’s speech this week in Jackson Hole, Wyoming, where top global central bankers will gather to discuss policy.

The odds that U.S. borrowing costs will rise by the year-end climbed to more than 51 percent at the end of last week, from about 42 percent a week ago, data compiled by Bloomberg show.

Telecoms ‘Will be The Fastest Growing African Business Sector’