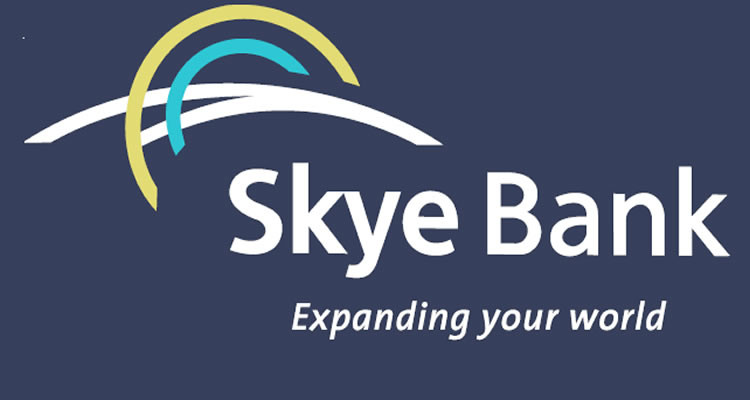 The Central Bank of Nigeria (CBN) wednesday reiterated that Skye Bank Plc is neither distressed nor liquidated.

The central bank said its attention was drawn to the content of a malicious message urging customers of Skye Bank to withdraw their deposits or transfer them to other banks based on the vile allegation that the commercial bank had been liquidated by the CBN.

To this end, the CBN in a statement signed by its acting Director, Corporate Communications, Isaac Okorafor, stated emphatically “that it has not liquidated Skye Bank or any other Deposit Money Bank for that matter.”

“While it will be recalled that Skye Bank had corporate governance challenges, the CBN has since taken proactive steps to resolve the issues identified. Indeed, the CBN is satisfied with the efforts of the new management to reposition Skye Bank for effective service delivery.

“Accordingly, customers of Skye Bank and other stakeholders are advised to disregard any message purporting a liquidation of the bank,” it added.

Meanwhile, shareholders and public affairs analysts have commended the CBN, for ensuring the stability and safety of Nigerian banks through proactive measures.

President, Renaissance Shareholders’ Association, Mr. Olufemi Timothy, who spoke on the stabilising role of the CBN, said the central bank had acted responsively and proactively in the last couple of years to protect the shareholders.

According to the shareholder activist, who urged Nigerians to decry negative rumour making the rounds, said the interventions of the CBN over the years had ensured that no single Nigerian bank is distressed or in danger of collapse. He said such interventions have preserved shareholders’ interest and value.

“I can tell you authoritatively that our banks are strong and safe. Despite the global economic recession, and the attendant effect on the financial system, our banks are robust and healthy. The apex bank’s interventions have strengthened our banks”, he said.

Similarly, an economist, Dr. Biodun Adedipe praised the resilience of Nigerian banks in the face of a tough operating environment.

Adedipe who is also the Lead Strategist at Adedipe & Associates, said recent reports from the central bank have confirmed the position of analysts that the banking industry is stable and safe.

He said the CBN demonstrated good judgment by intervening where necessary, adding such interventions have strengthened the industry.

As a mark of renewed confidence in the board and management of the Skye Bank, some state governments, notably Lagos threw its weight by entering into a strategic partnership with the Bank, followed by renewal of IGR mandates from others states like Bauchi, Nasarawa, Kano among others.