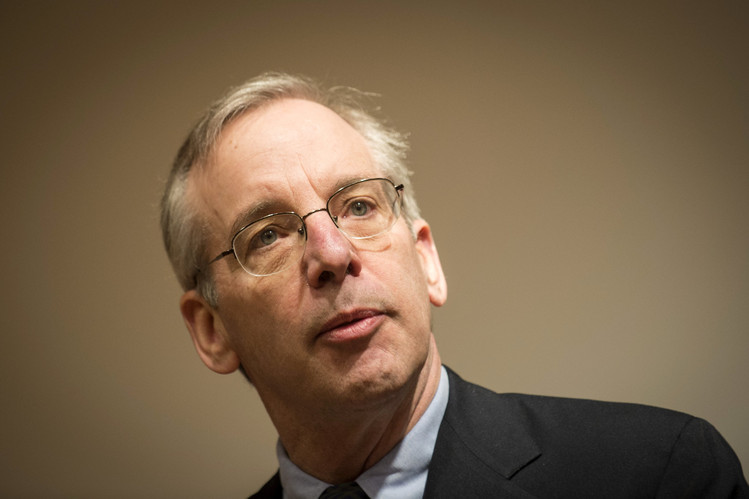 The Federal Reserve could potentially raise interest rates as soon as next month, New York Fed President William Dudley said, warning investors that they are underestimating the likelihood of increases in borrowing costs.

“We’re edging closer towards the point in time where it will be appropriate, I think, to raise interest rates further,” Dudley, who serves as vice chairman of the rate-setting Federal Open Market Committee, said Tuesday on Fox Business Network. Asked whether the FOMC could vote to raise the benchmark rate at its next meeting Sept. 20-21, Dudley said, “I think it’s possible.”

Investors expect about one rate hike between now and the end of next year, according to federal funds futures contracts, and they marked up probabilities only slightly on Tuesday. Dudley said such estimates are “too low” and that “the market is complacent about the need for gradually snugging up short-term interest rates over the next year or so.”

“We are looking for growth in the second half of the year that will be stronger than the first half,” Dudley said. “I think the labor market is going to continue to tighten, and in that environment I think we are getting closer to the day where we are going to have to snug up interest rates a little bit.”

The FOMC left interest rates unchanged when it met last month, but said in a post-meeting statement that “near-term risks to the economic outlook have diminished.” The Fed will publish minutes of that meeting Wednesday at 2 p.m. in Washington.

Atlanta Fed President Dennis Lockhart, also speaking Tuesday, said he’s confident growth is accelerating, setting the stage for one or two rate increases this year. He said he wouldn’t rule out one coming in September.

“If the meeting were today, I think the economic data stream would justify a serious discussion of a rate increase,” Lockhart, who isn’t a voting member of the FOMC this year, told reporters after a speech in Knoxville, Tennessee. “Now we have more data to come in in the next few weeks before the meeting. We’ll see what that tells us. But I would not rule out September, at least for a serious discussion.”

While U.S. stocks rose to another record high on Monday, the New York Fed chief said he didn’t see any signs of asset bubbles that are “particularly disturbing.” At the same time, the bond market “looks a little bit stretched,” in part because major central banks are “creating a search for yield globally” through their bond-buying programs, he said. That demand is spilling over to the U.S., where Treasury yields are higher than in Japan, Germany and the U.K.

“The 10-year Treasury yield, at 1.5 percent, is pretty low in an environment where we think we are making progress towards our objective, we’re pretty close to full employment, we think inflation is going to trend back to 2 percent over the next couple of years,” Dudley said.

Even so, Dudley struck a cautious tone on the pace and ultimate amount of Fed tightening. He said near-term risks from the effects on financial markets of the U.K. vote in June to leave the European Union had diminished, but added that there were uncertainties about the longer-term economic impact and whether foreign central banks would be able to support global economic growth with negative interest-rate policies.

In the U.S., “there are reasons to think that monetary policy isn’t particularly stimulative right now, and you can sort of judge that by the fact that we only grew at a 1 percent annual rate in the first half of the year,” he said. “So we probably don’t have a lot of monetary policy tightenings to actually do over time.”

A Labor Department report released Aug. 5 showed two straight months of strong job creation in June and July following a tiny increase in May that raised worries about the health of the economy. The Fed’s preferred measure of inflation, which has been below the central bank’s 2 percent target for four years, has been slow to pick up.

“In my mind, the inflation outlook really hasn’t changed very much,” Dudley said. “The key question is: Are we going to get enough growth to put pressure on resources, pushing up wages and gradually pushing up inflation towards 2 percent? So far we seem to be on that trajectory.”

Delta State Branch Controller of Central Bank of Nigeria (CBN), Mr Godwin Okafor, has revealed that the Paper currency, (Naira) will soon be out of circulation, urging citizens to patronize e-Naira.

Mr Godwin explained this at the famous Ogbogonogo market, Delta, during the market sensitisation on e-Naira.

“We are here at the market today to sensitise the market people on the use of e-Naira. It is fully backed by CBN, unlike Bitcoin which has no legal backing,” he said.

“Paper currency will soon be out of circulation because CBN spent money to print money and people abuse the currency in the market, spraying at the occasion, payment of Okada/tricycle and others and CBN is losing.”

In relation to this, Investors King had reported the President’s statement on the importance of the e-Naira to the country’s economy. President Buhari said the launching of the E-Naira makes Nigeria the first country in Africa and one of the first few countries in the world to launch a digital currency.

He further said he expects the currency to enable the government to send direct payments to citizens eligible for government welfare programs as well as foster cross-border trade and assist in moving many more people and businesses from the informal sector into the formal sector, therefore, increasing the tax base of the country.

Further, he explained that being a digital currency, it has the potential to increase Nigeria’s GDP by $29 billion over the next 10 years.

Dr. Aminu Bizi, a CBN e-Naira expert, said Delta was chosen as the second state after Lagos to sensitize market women on the currency.

He said the use of e-Naira was effective, charges free unlike ATM and POS and cannot be hacked by fraudsters.

Secretary to the State Government, Chief Patrick Ukah, praised the CBN for the e-Naira project in his remarks.

He expressed his satisfaction with CBN programs, characterizing e-Naira as a “laudable” initiative that has elevated Nigeria’s position in international finance.