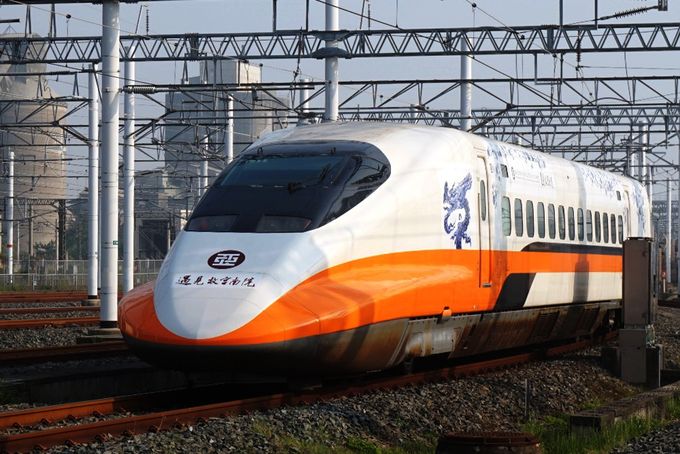 Ikhiria made this known to NAN while travelling on the train from Abuja to Kaduna on Saturday.

The federal government invested$1.46 billion on the train service, which was inaugurated by President Muhammadu Buhari on July 26.

Ikhiria said he did not have record of the daily income of the service.

“This is the third week of operation; the last week report showed that we had almost 5,000 passengers in six days.”We have capacity for 320 passengers per trip; for now, the maximum we can carry per trip is 320.”

So, for a day, the maximum number of passengers we can haveis 1000.”

Ikhiria said fencing of the tracks would commence before the end of August.

He acknowledged that there were some operational lapses on the route, but said the management was working toward addressing them.

Ikhira said some of the staff had yet to get used to the seat numbering, as it was different from what was obtainable in the previous trains.

According to the managing director, the coaches are overwhelmed by the number of people coming on board.

“Some passengers with economy class tickets are coming to sit on the first class coach because the economy class is filled up,” he said.”

We are going to do more enlightenment on this at the station and communities levels.”On the speed of the train, he said the parameter for speed was not coach but track which, according to him, was designed according to specification.

“The slow speed of the train is to avoid accidents as people living close to the tracks have yet to get used to the movement of train,” he explained.

Ikhiria said efforts were being made to beef up security at the stations and on board the train.

“By next week, our scanners will be in place; I am also discussing with the Nigerian Security and Civil Defence Corps (NSCDC) to deploy more men,” he said.

“We have armed policemen on board and some security personnelwithout uniform.”

He added that efforts were also being made to install internet facilities in the train.

Now is the time for investors to consider diversifying into less traditional asset classes, affirms the CEO and founder of one of the world’s largest independent financial advisory, asset management and fintech organisations.

He says: “The three major equity indexes on Wall Street are experiencing their worst stretch of losses in decades, and this is being echoed globally.

“It comes amid investors’ concerns over inflation, which is forcing central banks to slam the breaks on their economies, the ongoing war in Ukraine, Covid lockdowns in China’s manufacturing heartlands known as the ‘factory of the world’, and some household name companies posting weak results.

“This backdrop is creating a yield-starved environment for investors.”

He continues: “As such, for those looking for both capital appreciation and capital preservation, now is the time to consider diversifying into less traditional, return-enhancing asset classes.

“Such investments could also be useful tools to improve the risk-return characteristics of your investment portfolio. This is because they increase diversification and reduce volatility, due to their low correlations to more traditional investments such as stocks and bonds; and they can hedge some portfolio exposures.”

However, says the deVere CEO, considering that these investments are often more complex than their traditional counterparts, working alongside a good fund manager will likely be critical to ensuring return-boosting results.

He goes on to say that whilst less conventional asset classes should also be considered, investors should remain invested in the traditional markets too “because financial history teaches us that stock markets go up over time.”

Nigel Green concludes: “Yield-starved investors should explore less traditional opportunities, not only for potentially higher returns, but also as they provide diversification and downside protection for their portfolios.”

The Federal Government of Nigeria, through its Executive Council, on Wednesday, approved N169.7bn private sector investments for at least four road infrastructures under the government’s Tax Credit Scheme.

Minister of Works and Housing, Babatunde Fashola, made this known to the State House correspondents after the council meeting. At the meeting presided over by President Muhammadu Buhari, Fashola disclosed that the scheme was initiated in 2019 through Executive Order 7 signed by the President, and that the arrangement allowed private sector players to finance public infrastructure instead of paying taxes and then offset it over time using tax credits.

In the statement made available to Investors King, the four roads include a 234 kilometre stretch from Bali to Sheti through Gashaka to Gembu in Taraba State at the sum of N95,232,474,010.72 and the second road, which is also a tax credit scheme, is made up of three roads worth N74,486,577,050.

For the 234-kilometre road in Taraba costing N95.23bn, Fashola noted that N20bn under the NNPC Tax Credit Scheme would be disbursed to begin the project soonest.

“The two main memoranda relate to the uptake by the private sector in response to the tax credit programme, which we initiated in 2019, by Mr. President signing of Executive Order 7 to allow private sector finance public infrastructure in lieu of tax and then to offset it over time using tax credits.

“So the first road that was awarded today on that policy initiative is the rule road from Bali to Sheti through Gashaka to Gembu in Taraba State. A total of 234 kilometres reconstruction of that road in the sum of N95,232,474,010.62.

“The existing road, for those who are familiar with it, has no concrete stone base. It is just laterite on the asphalt so it doesn’t last and it’s breaking up and leading to potholes.

Fashola added that “the second road which is also the tax credit scheme, which was approved by the Council is actually three roads. The applicant, in this case, is Mainstream Energy Solutions, a major energy player in the country and is now seeking to also participate in this policy by investing a total of N74,486,577, 050.”

New research with fund managers in North America who collectively manage around $600 billion, reveals they are placing a growing emphasis on both the quality of the data used in their investment processes and on having access to the technological capabilities to efficiently process data (please see the attached press release). Six out of ten (60%) believe this is crucial to achieving above-average returns in the future.

The study, which was commissioned by quant technologies provider SigTech, found that 94% of fund managers find the process of evaluating data, ensuring it meets quality standards and negotiating with data vendors challenging. 72% say it is difficult to source data that is cleaned, validated and ready to use from vendors.

When it comes to onboarding new data sets, nearly six out of ten North American fund managers say they encounter problems, with 56% saying it takes between 1 and 6 months to have new data fully operational internally.

As a result of the many challenges North American fund managers encounter when sourcing and managing data, 64% expect to increase their budget in this area over the next few years.

When asked to pick the two asset classes where they encounter the greatest difficulty in accessing high quality data, 62% of North American fund managers cited fixed income, followed by 54% who selected commodities. In terms of the two financial instruments where they have the greatest difficulty in securing high quality data, 66% cited forwards, followed by cash/spot (58%) and then futures (40%)

In terms of outsourcing of data services, the study found that 64% of fund managers have increased their level of outsourcing over the last two years. Going forward, 77% plan to outsource more between now and 2024, with none seeing a decrease. When asked which factors are fuelling the growing trend towards data services outsourcing, a shortage of qualified in-house subject matter experts and resources was cited as the biggest driver.

Half of those surveyed (50%) found negotiating with data vendors the most frustrating part of the data onboarding process, and 60% say that evaluating the different vendors is challenging.