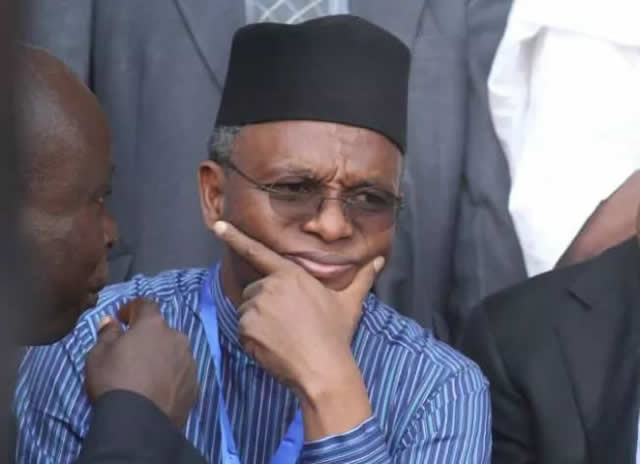 Kaduna State Governor, Nasir el-Rufai, on Wednesday, faulted the decision of the Central Bank of Nigeria to increase the Monetary Policy Rate from 12 per cent to 14 per cent, saying the government might be forced to intervene and reduce it through legislation.

The MPR is the anchor rate at which the CBN, in performing its role as a lender of last resort, lends to Deposit Money Banks to boost the level of liquidity in the banking system and the economy.

If the apex bank wants to increase the level of liquidity in the economy, it reduces the MPR, but increases it when it wants to tighten money supply.

Before the increase in the MPR, banks were lending to customers at an average of 25 per cent, but since the new rate was announced, the DMBs have raised their lending rates to between 28 per cent and 30 per cent.

El-Rufai said at a forum organised in Abuja by the Women in Business, a non-profit making women advocacy organisation, on Wednesday, that the high interest rate prescribed by the apex bank was one of the major reasons for the massive job losses in the country.

Emefiele had explained that in taking the decision to increase the MPR, the CBN was faced with two policy choices of whether to hold or reduce the rate to stimulate growth, or increase it in order to curb inflation.

He said when considered from the standpoint that the primary mandate of the CBN was to maintain price stability, the committee decided to focus on its mandate by checking inflationary pressures.

But el-Rufai in faulting the position of the apex bank, stated that while inflation in the United Kingdom was between seven and eight per cent, the lending rate was currently one per cent.

He said, “We have a central bank that has an MPR at what? Fourteen per cent, and banks lending at 20 per cent. Only traders and drug dealers can make money at this interest rate.

“I have said it before and I will repeat it again, unless the central bank and the banking system make a conscious decision to bring the interest rate down, one day we will legislate it.

“The rate of inflation in the UK is not two per cent or one per cent. It is seven to eight per cent. But lending rate is at one per cent. I think they cut the interest rate last week.”

The governor stated that the CBN’s theory that the rate of interest must always be above the inflation rate did make sense, noting that the country could always decide the interest rate that would stimulate business activities.

“We must decide that businesses should be able to borrow at the interest rate that makes sense and politically lower rates to that level,” he added.

Attempts to get the CBN’s reaction to el-Rufai’s comments were not successful.

Repeated calls and a text message sent to the acting Director of the apex bank, Mr. Isaac Okoroafor, were not replied as of 8.26pm on Wednesday.