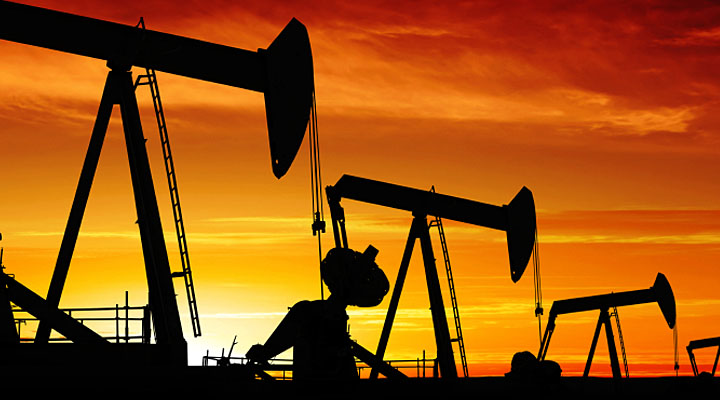 Brent crude surpassed $50 a barrel for the first time since November on signs a two-year surplus is coming to an end, lifting commodity companies and buoying currencies where oil is produced.

A drop in U.S. stockpiles and shrinking output in Nigeria and Venezuela contributed to the gains in Brent, which is up more than 80 percent from January’s low of $27.10. The Bloomberg Commodity Index rose to the highest in a week as metals also advanced, and miners in the Stoxx Europe 600 Index headed for their biggest three-day jump in more than a month. The Norwegian krone led gains among major currencies, while Malaysia’s ringgit was the best performer in emerging markets. Qatar bonds fell after the government raised $9 billion in a debt sale. The cost of insuring highly rated corporate debt against default fell for a fifth day, the longest run in six weeks.

Brent is recovering after tumbling to a 12-year low in January that helped roil global financial markets and raise concern over the strength of the world economy. Now, the International Energy Agency and Goldman Sachs Group Inc. say a glut is dissipating as low prices take their toll on supplies. That may leave prices high enough to alleviate the threat of deflation and still low enough that they don’t impinge on economic growth.

“It could well be that we have arrived at a ‘sweet spot’ — low enough to support consumers and curtail industry job cuts, but not high enough to rile central banks and bond markets.” said Michael Ingram, a market strategist at BGC Partners.

U.S. inventories slid by 4.23 million barrels last week, exceeding an expected drop of 2 million barrels. Attacks in Nigeria have cut production to a 20-year low and Venezuela is struggling to maintain output amid power cuts. Producers in Canada are beginning to restart oil-sands operations halted by wildfires.

French power for delivery in June climbed as much as 3.4 percent to 25.70 euros a megawatt-hour, the highest price since March 31, as a strike that has halted refineries across the nation spread to nuclear power plants. Output at 11 reactors operated by Electricite de France SA was reduced by the protests against a new labor law.

Copper advanced 0.8 percent to $4,691 a metric ton, a third day of gains. The metal used in wires and cables is heading for the first weekly gain this month. Nickel added 0.6 percent and zinc rose 1.9 percent. Gold halted six days of losses to rebound from the lowest level in seven weeks as a rally in the dollar paused.

The U.S. has durable goods orders data for April due as well as weekly jobless claims figures. In addition, leaders from the Group of Seven nations are meeting in Japan to discuss topics including economic policy, climate change and boosting infrastructure investment.

The yield on Qatar’s $2 billion of bonds due 2022 rose three basis points to a two-month high of 2.67 percent. The nation sold $3.5 billion in five-year notes priced to yield 120 basis points more than U.S. Treasuries, the same amount in 10-year bonds at 150 basis points over Treasuries and $2 billion of 30-year paper at a 210 basis-point spread.

Treasuries were little changed before an auction of $28 billion of seven-year notes, having seen strong demand at sales earlier this week. A gauge of demand at a $34 billion sale of five-year notes Wednesday rose to the highest since 2014 as primary dealers were awarded the lowest percentage at an offering of the securities in data going back to 2003. That came a day after a $26 billion two-year note sale also left dealers with the lowest share on record.

The yen strengthened 0.2 percent. The Bloomberg Dollar Spot Index, a gauge of the greenback against 10 major peers, declined 0.2 percent following a 0.2 percent drop in the last session.

A measure of volatility in the pound versus the dollar covering the period when the result of the referendum on European Union membership will be known jumped to its highest level in six years. The pound was little changed.

World equities were little changed after the MSCI All-Country World Index staged a 2 percent recovery in the previous two days after weeks of stagnation.

The Stoxx 600 slipped less than 0.2 percent, after its biggest two-day jump in three months. Futures on the S&P 500 were little changed.

Turkish markets fell amid signs of diminished powers for Deputy Prime Minister Mehmet Simsek in a cabinet reshuffle as President Recep Tayyip Erdogan extended his control of the government. Simsek is the last man standing in a team of officials credited for orchestrating Turkey’s rapid growth years.