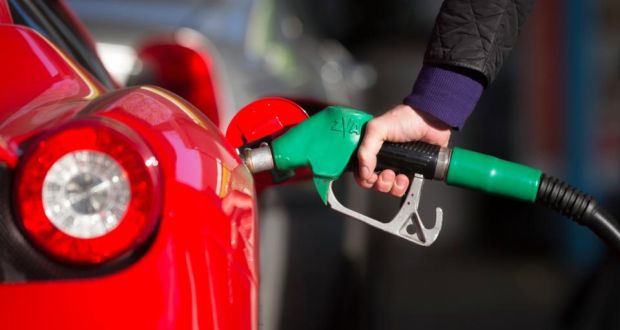 The rise in crude oil prices coupled with the challenge of difficult access to foreign exchange is bound to reduce petrol imports into Nigeria by marketers.

The gradual rise in crude oil prices and the challenge in the foreign exchange markets do not go down well with marketers of Premium Motor Spirit, popularly known as petrol. They are worried that the development may erode the gains from the partial deregulation of the downstream oil sector.

According to them, the increase in crude prices and the high exchange rate of the United States dollar at the parallel market have almost wiped out the incentive to be enjoyed whenever they import petrol.

This, they say, is despite the recent 67.6 per cent increase in the pump price of the PMS by the Federal Government, as they argued that it would have been better to effect a full deregulation of the downstream sector and allow market forces to determine petroleum products’ prices.

On May 11, 2016 when the Federal Government partially deregulated the downstream oil sector by increasing petrol prices from N86 and N86.5 per litre to between N135 and N145 per litre, the cost of crude oil in the international market was about $44 per barrel.

Around that period, the total cost of petrol, according to the May 11, 2016 official pricing template of the Petroleum Products Pricing Regulatory Agency, was N138.11 per litre, leaving a profit margin of N6.89 per litre for marketers.

In its updated template that was posted on Friday, the PPPRA stated that the total cost for PMS had risen to N140.01 per litre, hence, leaving a profit margin of N4.99 per litre for the marketers.

The PPPRA, which is the agency of the Federal Government in charge of fixing petroleum products’ prices, updates its PMS pricing template in accordance with the fluctuations in the global prices of crude oil.

“If you say the upper limit is N145 and I know that my total cost will be around N140, will there be any need for me to bother myself importing the PMS? Definitely there is no way I’ll do that because I won’t be able to recover my cost, and if a businessman cannot recover his cost, then there is no point going into that business,” an executive member of the Reconciliation Committee of the Independent Petroleum Marketers Association of Nigeria, Mr. Dibu Aderibigbe, stated.

He noted that marketers were faced with other operational costs, stressing that it would make no business sense to import petrol if the constraints of accessing forex were not cleared, considering the fact that crude prices were beginning to rise.

Aderibigbe said, “The funniest thing is that when the PPPRA was putting together the template, it seemed to have based the cost of dollar on N285 when sourced at the parallel market, as was stated by the Minister of State for Petroleum Resources, Dr. Ibe Kachikwu, when he appeared on the TV to explain how they arrived at the N145 per litre price.

“However, I don’t know if anyone can get the US dollar at that rate at the parallel market. The black market rate that we know is over N320 to a dollar. So, if they now base their calculation on N285, it therefore means that there is a problem already from the beginning.”

On the increase in crude prices, the IPMAN official advised the PPPRA to review its template and petrol price every fortnight.

“From $44 to around $46 or $47 is no mean change. The $2 or $3 increase cannot be overlooked. So, if you say you will be reviewing the price every month, then you might be making a mistake. To make the regime work very well, you must be ready to review the price of the PMS within an interval of two weeks, at most,” Aderibigbe added.

Also speaking on the recent petrol price policy, the Executive Secretary, Major Oil Marketers Association of Nigeria, Mr. Obafemi Olawore, said marketers had always canvassed a fully deregulated downstream oil sector as a result of the challenges they faced with accessing forex and other operational matters.

According to him, market forces like issues of accessing forex, fluctuation in crude oil prices and rising importation cost  should be allowed to determine the cost of petrol as obtained in a truly deregulated sector, adding that this would engender competition among marketers.

Although Olawore commended the Federal Government for partially deregulating the downstream segment of the oil industry, he maintained that marketers would prefer a fully deregulated sector.

The MOMAN secretary, however, noted that the current petrol price regime was a sign that the sector might be fully deregulated in the near future.

“What we have now is a step towards deregulation. Deregulation is actually the end point; we are in the process and we will get there. When we get to deregulation, you will have the refining process included. As it is now, we are looking at only the petrol import side,” he  said.

A senior official of an oil marketing firm, who spoke on condition of anonymity, told our correspondent that the marketers had met with the Minister of Finance, Mrs. Kemi Adeosun, to seek the Federal Government’s assistance in accessing forex, particularly as the cost of crude oil appreciates.

The official said, “Crude oil prices are beginning to rise, although marginally. This is also due to several production shut-ins in Nigeria, which were caused by attacks on oil installations in the Niger Delta by militants. This rise in crude prices does not favour the PMS importers at the moment because the sector has been liberalised and we don’t get subsidy anymore.

“Accessing forex has been a challenge for long, but the recent gain in crude prices is compounding the challenge for marketers because it is eroding our profit margins, particularly if you source your forex from the parallel market. This was actually one of the many reasons why marketers met the Finance minister recently in Abuja. You know we don’t get subsidy anymore; so, facing stiff challenges like the ones we face now may slow the importation of the  PMS by the marketers.”

Olawore stated that the last time oil marketers were paid petrol subsidy was in 2015, adding that all subsidies incurred in 2016 were meant for the Nigerian National Petroleum Corporation.

Joaquin “El Chapo” Guzman to be Extradicted to U.S.