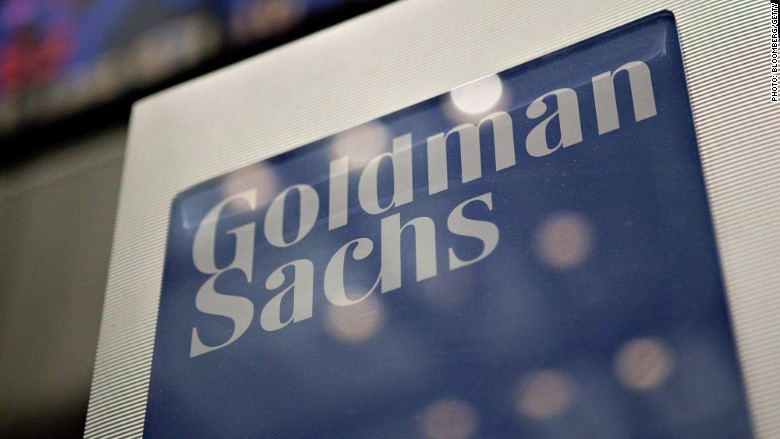 Goldman Sachs Group Inc. says the dollar slump is over.

The greenback has rallied almost 1 percent from a one-year low reached last week, even after April payrolls data showed the weakest job growth in seven months. Goldman Sachs says the rally is a sign that market expectations for growth and Federal Reserve interest-rate increases have fallen too far, too fast, positioning the currency for a rebound. Strategists at Societe Generale SA and Brown Brothers Harriman & Co. are less bullish, saying a broader dollar recovery will depend on further economic data.

“We remain dollar bullish and think the trajectory is higher from here,” Robin Brooks, Goldman Sachs’s New York-based chief currency strategist, said in an interview with Bloomberg Radio. “The reaction on Friday to a meaningfully weaker-than-expected payrolls was telling: We had a disappointing jobs number and the dollar actually bounced.”

Brooks estimates that the dollar will advance 15 percent during the next two years as U.S. monetary policy normalizes, he said in a report Tuesday. This isn’t the first time Goldman Sachs has reiterated its dollar-bullish stance in recent months, a view that hasn’t always panned out. The bank closed a dollar position against a equally weighted basket of euro and yen in February, one of its top trade recommendations for 2016, with a potential loss of about 5 percent.

The greenback saw its biggest advance in six months last week, paring its 2016 decline to 4.1 percent. The dollar fell for a third straight month in April, the longest stretch since before it embarked on a 20 percent rally in July 2014, on speculation the Fed will take a slower path to raising rates as it factors in headwinds from slowing global economic growth.

The Bloomberg Dollar Spot Index, which tracks the greenback versus 10 peers, was little changed as of 11:52 a.m. in New York, after climbing 1.5 percent last week, the most since Nov. 6. The U.S. currency rose 0.8 percent to 109.17 yen, touching the highest since April 27.

While Fed policy makers have recently talked up the potential for rate-hikes in the near term, reiterating that June’s FOMC meeting will be “live” and forecasting two potential rate increases this year, markets aren’t convinced.

Traders have already heavily discounted the likelihood of any Fed action before the fall, predicting just a 4 percent change of a rate hike next month — evidence, Goldman Sachs says, that markets are increasingly looking away from the Fed and to other central banks to set the dollar in motion.

“The key issue facing the foreign exchange market is whether the modicum of strength the U.S. dollar demonstrated last week is the beginning of a sustainable move,” Marc Chandler, global head of currency strategy in New York at Brown Brothers Harriman, wrote in a report. “It is possible that the market is again at a juncture in which the price action will drive the narrative rather than the other way around.”

Do you agree the dollar slump is over, even after disappointing employment report?