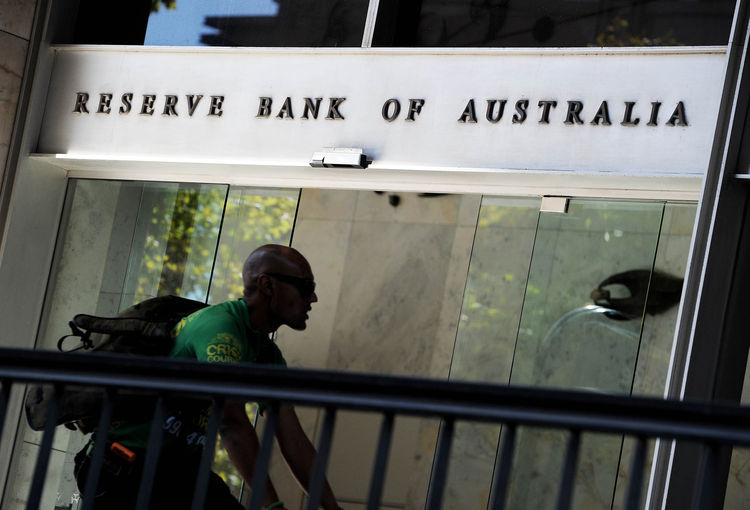 The Australian dollar declined against all its 16 major counterparts on Friday after the Reserve Bank forecast core inflation is unlikely to reach its target this year.

The central bank in its quarterly statement said underlying inflation is expected to be 1 to 2 percent in 2016, down from the 2 to 3 percent projected in February. The currency has so far plunged 2.6 percent this week, the most since Jan.8.

“Inflation running at the bottom of the band as a base case is rather uncomfortable,” said Sean Callow, a senior foreign-exchange strategist at Westpac Banking Corp. in Sydney. “Aussie-dollar trading ranges for the rest of the year just ratcheted lower.”

Analysts have previously forecast 1.50 percent cash rate to keep the currency down but all of a sudden the market is thinking 1.50 percent might not be RBA cash rate low, if the central bank is to achieve its 2 percent inflation target. Governor Glenn Stevens on Tuesday said recent unexpected low data together with subdued growth in labour costs has put very low cost pressures on inflation.

While Australian shares retraced some declines after the central bank statement, Asian shares lost ground ahead of U.S. non-farm payroll numbers due later in the day.

“Markets will be slightly more nervous around the Friday release of the non-farm payrolls number (expected at 200,000) after ADP employment growth came in at 154,000, well below the market consensus of 195,000,” said Angus Nicholson, market analyst at IG, in a Thursday note.

Nigerians travelling abroad can access a maximum amount of $4,000 foreign exchange from the banks following the Central Bank of Nigeria’s announcement to increase forex supplies.

Sources from some of the banks said those travelling on business trips could also access a maximum amount of $5,000 for each trip.

The CBN had said in a recent statement that it had concluded plans to increase the amount of foreign exchange allocated to banks to meet legitimate needs.

This followed the warning by the CBN Governor, Mr Godwin Emefiele, to Deposit Money Banks to desist from denying customers the opportunity to purchase foreign exchange.

The purposes to access forex included Personal Travel Allowance, Basic Travel Allowance, tuition fees, and medical payments as well as Small and Medium Enterprises transactions or for the repatriation of Foreign Direct Investment proceeds, the CBN had stated.

At a virtual Bankers’ Committee meeting last week, the bankers discussed how the CBN intended to assist with forex to ensure availability for the upcoming summer period and the return of students to school in September.

The CBN also said the BDCs would continue to have their weekly allocations.

The committee observed that the rates were going up.

It stated, “The CBN has said that all the banks must make available at all times and anyone who wants to buy BTA, PTA, medical fees, student school fees and all the eligible invisible purchases to ensure that Nigerians are not forced to go and queue in the parallel market.

“So what the Central Bank is doing is to encourage all banks to make sure that there is available forex at all times, and that his information should be communicated on all our platforms.

“We are asking our customers to come to the branches and for BTA, for example, present the required documents, which are basically your international passport, your visa, your valid ticket and fill up the form in the bank.

“And what we have been instructed to do is ensure that we don’t turn anybody back and that we should request from the Central Bank once we exhaust the forex that we have.

“The idea is to have a hitch-free summer period and the resumption for children to go back to school. The idea is to ensure there is less pressure on the forex and then the rates will come down.”

Speaking during the virtual meeting, the Group Managing Director, Access Bank, Herbert Wigwe, said, “I think again as part of the central bank’s role in terms of price stability and the need to support small and medium enterprises, there was a highlight of the need for banks to go and support SMEs who import small raw materials for them to set up their businesses.”

Managing Director, Sterling Bank, Abubakar Suleiman, said the CBN had provided sufficient foreign exchange to meet the needs of all legitimate Nigerian travellers and therefore, the idea of going to any other market should not arise at all.

The United States Dollar gained on Thursday after the Federal Reserve raised inflation expectations to 3.4 percent and moved the year it is expected to raise interest rates from 2024 to 2023.

Policymakers suggested that interest rates could be raised twice by late 2023 given “Summary of Economic Projections” (SEP) released on Wednesday.

The dollar index, which tracks the greenback against six major currencies, gained 0.63 percent to 91.103, its highest since May 6.

The jump was as a result of renewed interest in the American economy as growth is expected to hit 7 percent in 2021 despite the rising inflation. Similarly, economic conditions are projected to improve faster than initially predicted.

The Federal Reserve Chair Jerome Powell said “the economic conditions in the committee’s forward guidance will be met somewhat sooner than previously expected.”

“The interesting thing is that the Fed has gone beyond simply acknowledging that inflation is rising and that the U.S. economy has a lot of momentum, and it has essentially shifted to a much more hawkish stance in this set of projections,” said Karl Schamotta, chief market strategist at Cambridge Global Payments in Toronto.

Powell said the central bank will maintain its $120 billion monthly bond-buying program to continue to support the economy but also suggested the possibility of pulling back on quantitative easing used to keep rates low.

“I think we’re back to talking about a mild rally in the U.S. dollar and the data becoming very important over the summer period prior to Jackson Hole and September’s meeting,” said Simon Harvey, senior FX market analyst at Monex Europe.

Billions Flow Out of Crypto Market Ahead of Better US Economy

The plunge in cryptocurrency was a result of improving global economic outlook, especially in the United States of America, the largest crypto investing nation.

The unregulated crypto space is largely treated as a haven asset to avert disaster during the global downturn. Meaning, an improvement in the global economy will generally impact cryptocurrency capital inflow and overall performance. Investors King expects cryptocurrency to extend its decline in the third quarter.