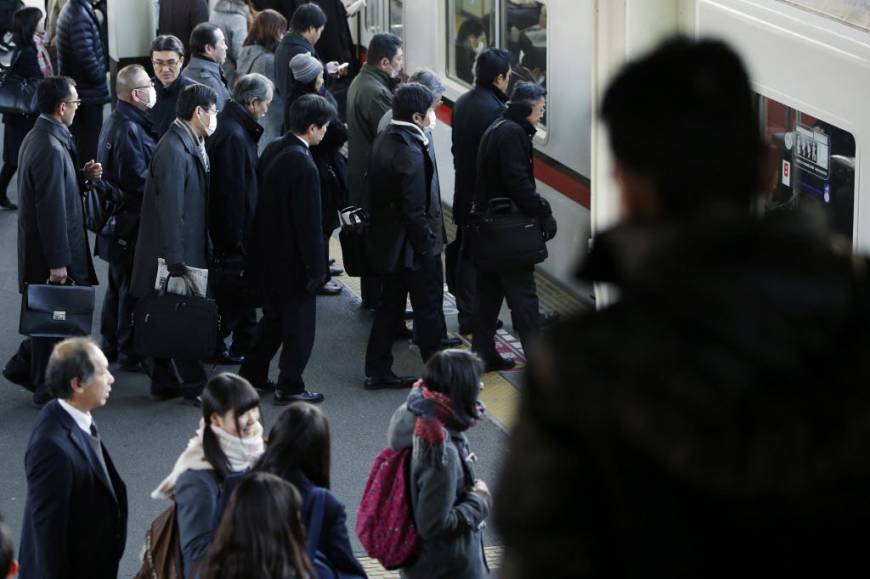 Prices in Japan didn’t rise in February, reinforcing just how far the nation remains from reaching the Bank of Japan’s 2 percent inflation goal.

Japan’s consumer prices excluding fresh food didn’t budge for a second consecutive month, as forecast. Stripping out energy and food costs, the gauge rose 0.8 percent from last year, according to a statistics bureau report on Friday.

Time is ticking for Governor Haruhiko Kuroda, who is forecasting inflation will accelerate to reach 2 percent in about a year. Even with the central bank’s adoption in January of a negative interest rate alongside the BOJ’s already unprecedented asset purchases, prices aren’t rising.

“Inflation hasn’t hit bottom yet — it’s going down further,” Shinichiro Kobayashi, a senior economist at Mitsubishi UFJ Research and Consulting in Tokyo, said before the report was released. “It’s gradually becoming clearer that Kuroda won’t attain the price target as he projects.”

Kobayashi expects consumer prices excluding fresh food will drop by as much as 0.5 percent in May or June, and the bank will probably have to add stimulus in July, he said.

There is little sign of inflationary pressure in Japan. The economy contracted last quarter, wage growth is slow, the yen has strengthened — driving down import prices — and although oil has risen about 10 percent this year, its price is still about half of what it was at the end of February 2015.

The price gauge Kuroda often cites is also showing weakness. The BOJ’s own price index, which excludes energy and fresh foods, is forecast to remain at 1.1 percent in February, down from 1.3 percent in December.

“It’s likely the BOJ’s price measure will slow to below 1 percent this year with the fading impact of a weak yen and subdued growth in base salaries,” said Koya Miyamae, an economist at SMBC Nikko Securities Inc.
Bloomberg