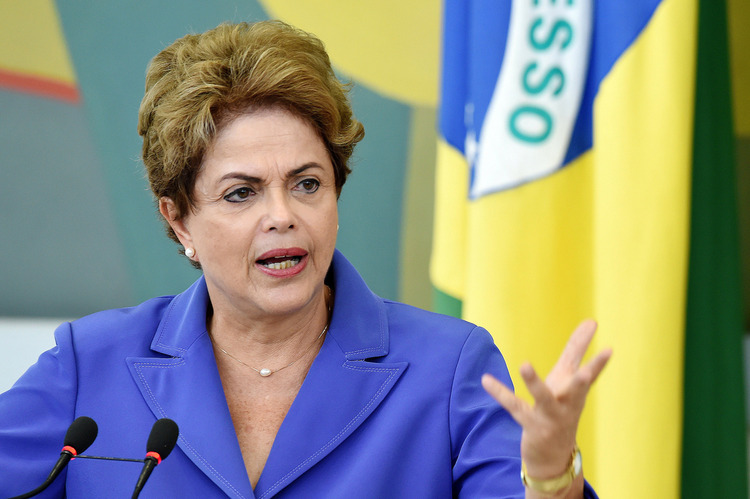 Dilma Rousseff’s future as president of Brazil was cast into further doubt as millions of protesters, wearied by scandal and recession, staged some of the largest rallies in the country’s modern history.

Brazilians demonstrated peacefully for Rousseff’s ouster in cities throughout the country on Sunday, with some estimates counting more than 3 million people on the streets. Sao Paulo recorded its largest political rally on record, according to polling firm Datafolha. In the capital Brasilia, some 100,000 people marched toward Congress, expressing their support for the anti-corruption blitz that has put several high-profile executives and politicians behind bars.

Many Brazilians say they have had enough of corruption revealed by the two-year investigation known as Lava Jato, or Carwash in English, that has paralyzed Congress and deepened the worst recession in over a century. Sunday’s protests could prompt more legislators to abandon the ruling coalition and vote for Rousseff’s ouster, according to Paulo Calmon, a political science professor at the University of Brasilia.

“We’re walking in the middle of a perfect storm, with a high level of uncertainty,” Calmon said. “The feeling is that we’re going to have some kind of definition in coming months or even weeks, which could be removing Rousseff from office or some other political arrangement. That’s what makes 2016 different from 2015.”

After being stalled in Congress for months, the impeachment proceedings are expected to resume in coming days when the Supreme Court decides on guidelines for the lower house to follow.

Some allies have already begun to distance themselves from Rousseff, as her party gets drawn deeper into the corruption scandal. The March 12 national convention of her largest allied party, known as the PMDB, ended with the threat to fully break from the ruling coalition next month. Earlier in March, the smaller Brazilian Socialist Party joined the opposition.

Rousseff, who on Friday said she hadn’t given up and wouldn’t resign, made no public appearances on Sunday. Instead, she issued a statement in which she said that the peaceful nature of protests shows “the maturity of a country that knows how to live with diverging opinions.”

Financial markets in recent weeks welcomed the possibility that Brazil’s political turmoil could usher in a new government that’s better equipped to revive the economy, which is expected to sink 3.3 percent in 2016 after contracting 3.8 percent last year. The real is up 12 percent this month, the best performance among world currencies, and the Ibovespa climbed to the highest level in seven months.

Brazil’s political drama is playing out less than five months before the 2016 Olympic Games are due to start in Rio de Janeiro.

Pressure on Rousseff started building in February with the arrest of her campaign strategist and a news report of allegations that she tried to interfere with corruption investigations. The political crisis hit a new high with former President Luiz Inacio Lula da Silva’s brief detention for questioning on March 4.

Adding to Rousseff’s woes, the country’s top electoral court is investigating whether she illegally funded her re-election campaign in 2014.

Both Rousseff and Lula have repeatedly denied wrongdoing.

With distrust of much of Brazil’s ruling class running deep and many leading politicians linked to the corruption scandal, a possible Rousseff exit could be messy. Some opposition leaders, including Senator Aecio Neves, who narrowly lost to Rousseff in the 2014 presidential election, were criticized during the demonstration as “opportunist.”

“We’re seeking a way out of this impasse in accordance with the constitution,” Neves wrote on Twitter.

It’s not just government critics taking to the streets. Supporters of Rousseff’s Workers’ Party held some small rallies on Sunday and plan demonstrations this month against the impeachment process. They also will show support for Lula, the party’s co-founder and Rousseff’s predecessor, who was charged last week with money laundering and providing false testimony.

One of the big winners coming out of Sunday’s protest was Sergio Moro, the federal judge from the southern state of Parana who’s overseeing the Carwash investigation, said Carlos Pio, a political scientist at the University of Brasilia.

Throughout the country, protesters hailed Moro as a national hero. Some wore t-shirts saying “In Moro We Trust” and others laid out a sign before Congress that read “We Are Moro.”

“The protests were a loud call from Brazilians: ‘Clean up our country,´” Pio said.

Buhari Once Again Proved Critics, TonyeBarcanista and Others Wrong

Stock Market Sheds Another 0.06% on Wednesday