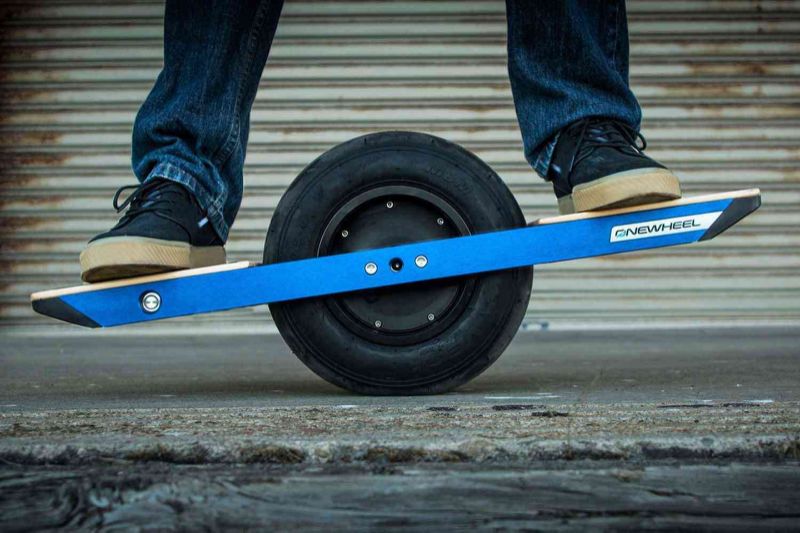 The tables have turned on a US-based hoverboard maker that sued a Chinese competitor for patent infringement.

But the Chinese firm is now seeking $100,000 (£69,900) in damages plus reimbursement of its legal fees after the Californian firm dropped its claim.

Changzhou said there had been no reasonable basis for its rival’s case.

Both Future Motion and Changzhou make electric-powered hoverboards that are unusual for having a single central wheel rather than one at each end.

In January, Future Motion’s chief executive Kyle Doerkson told the BBC that Changzhou’s Trotter product was a “knock-off” of its own more expensive Surfing Electric Scooters.

“We have design and utility patents that cover our invention,” he added.

US marshals enforced a restraining order after receiving a complaint from the US firm, which led to the closure of Changzhou’s stall at the CES tech show on 7 January.

Footage of the incident was posted online by the news agency Bloomberg and it was widely reported elsewhere.

Changzhou subsequently rejected the allegations, saying a side-by-side comparison of the two firms’ products demonstrated that the platform, footpad and tyres designs were “plainly dissimilar to the ordinary observer”.

Furthermore, Changzhou said that the actual scope of Future Motion’s patents were much narrower than had been indicated and that US firm could in no way could claim the rights to “all one-wheeled, self-balancing vehicles”.

Future Motion maintains its claims, dismissing the first of the points as “legal puffery” and insisting that it still believes its intellectual property was infringed.

However, on 4 February it told the court that it wanted to voluntarily dismiss the case.

“We had achieved our goal of preventing [Changzhou’s] exhibition at CES,” Mr Doerkson told the BBC.

“Looking forward at the cost-benefit of continued litigation to seek an injunction, we decided that that cost benefit did not pencil out for us and that our intellectual property budget would be better spent in other ways.”

But Changzhou has since petitioned the judge to re-open the case saying it wants to be reimbursed for “business expenses incurred, lost sales suffered, and reputational damage”.

Moreover, the Chinese firm is also demanding Future Motion be forced to issue a press release notifying the public that it had dismissed its original claims.

Future Motion’s lawyer told the BBC it plans to formally oppose these demands once Changzhou’s legal team has filed some additional paperwork.

Why Apple Is Right to Challenge F.B.I.